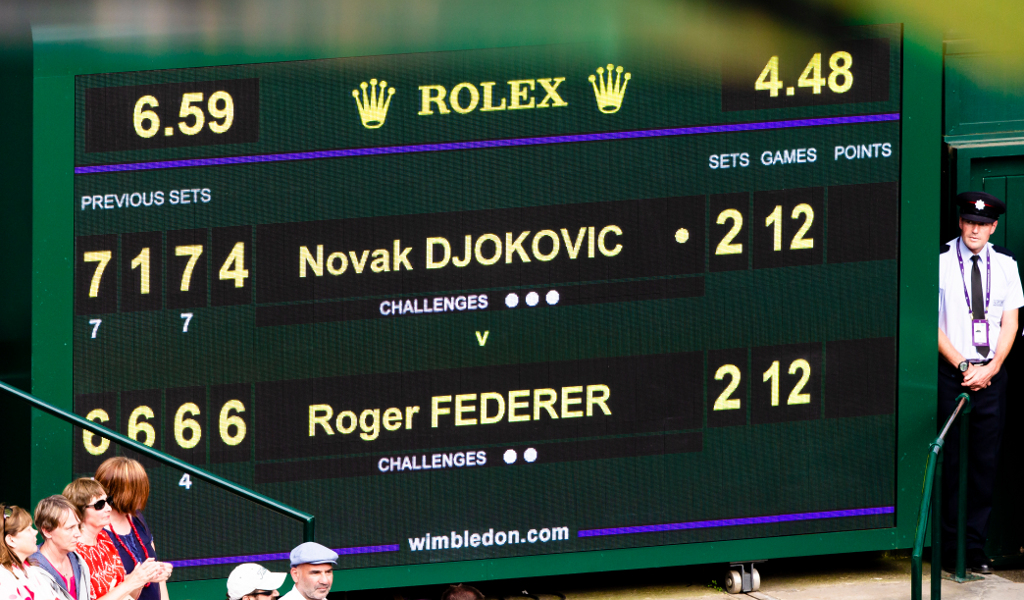 In Tennis Today, Wimbledon was the big winner on Super Sunday, we have another round of the GOAT debate while Novak Djokovic has found the “perfect” home for his family.

What’s on the site
Fancy a tennis holiday after Wimbledon? La Manga Club is the place to go…

World No 1 Novak Djokovic is now just four Grand Slams away from Roger Federer’s record of 20 and he believes he has age on his side to not only match, but surpass that tally.

And then there is Boris Becker who wants to know where is the love for “party pooper” Novak Djokovic after his latest Wimbledon triumph.

What is next on the list of things to achieve for Simona Halep after she ticked Wimbledon off?

You can’t blame Roger Federer for wanting to take a break after THAT Wimbledon final.

What’s in the news
Back to the lack of love for Novak Djokovic, and Charlie Eccleshare in The Telegraph (subscription) says “Tennis has nothing to fear from Novak Djokovic catching Roger Federer”.

Of course Djokovic winning his 16th Grand Slam means it is time for another GOAT debate and The Tennis Podcast duly delivers.

And here is Mike Dickson in the Daily Mail with, you guessed, a piece on “Novak Djokovic on track to be the GOAT”.

The honours keep on rolling in for newly-crowned Wimbledon champion Simona Halep as she will receive her country’s highest award, the “Star of Romania” order.

“Following the extraordinary performance at Wimbledon and as a sign of recognition and appreciation for the whole activity, Romania’s President Klaus Iohannis has decided to award the highest distinction of the Romanian state, the Star of Romania – Knight degree, to athlete Simona Halep,” a statement from the Presidency said.

But that’s not all as Reuters reports the Orthodox Church has given her the Patriarchal Cross.

The Sun has gone Novak Djokovic mad as they take you inside “Wimbledon champion Djokovic’s £5.3m apartment with panoramic views over Miami Beach”.

“The opulent home Djokovic describes as ‘perfect’ for his family’s lifestyle boasts three bedrooms and three bathrooms,” says the report… go there if you want to know more.

Last word about Wimbledon: @rogerfederer played one of the best finals ever,lost and showed true sportsmanship/character/spirit in the process! They don’t make them like you anymore…. #goat

No looking back for Alexander Zverev.

Run and never look back