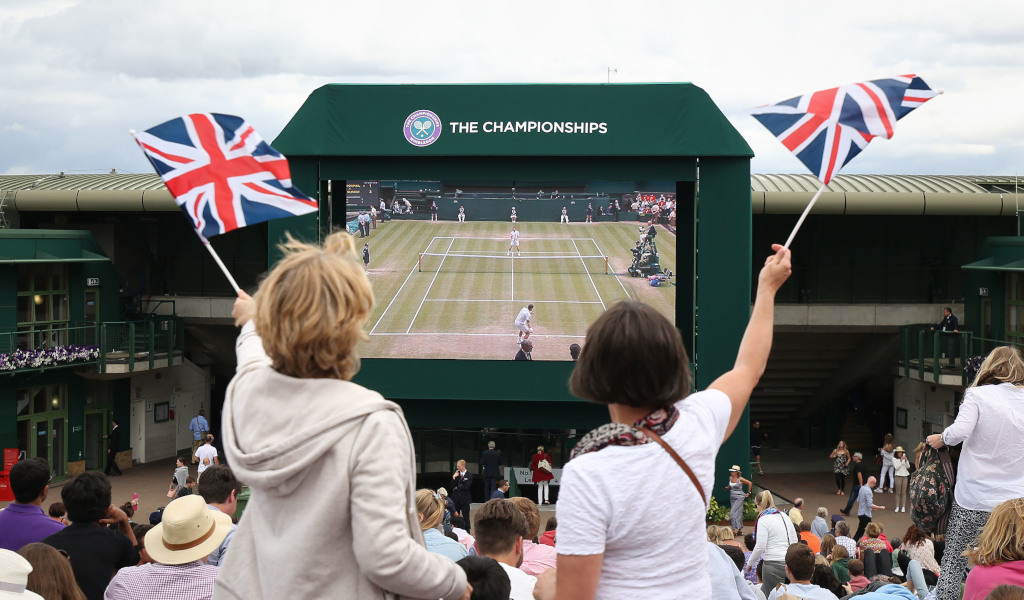 In Tennis Today, Wimbledon is adapting to modern times, but don’t expect to watch England’s Women’s World Cup semi-final on the big screen on Tuesday evening.

What’s on the site
After manic Monday at Wimbledon where several big-name players were sent packing, here is your order of play for day two at the All England Club.

One of those upsets was Alexander Zverev being beaten by Jiri Vesely and Kevin Palmer says the crestfallen German is broken and he needs to find a quick fix after his first-round exit.

Then we have John Nicholson recalling how John McEnroe, and especially some working class heroes from Middlesbrough, dragged Wimbledon into mainstream accessibility.

The other big result from day one at SW19 was 15-year-old Cori Gauff stunning former champion Venus Williams in straight sets. You can expect plenty more from Gauff as the American says she “wants to be the greatest”.

World No 2 Naomi Osaka’s poor form continued as she also crashed out in the first round at SW19.

But the gentlemen’s defending champion and world No 1 Novak Djokovic is off to a winning start.

Council president Novak Djokovic, who admitted that his team wants him to quit his post, has revealed that he is still in touch with the controversial Justin Gimelstob, he who resigned from the ATP Board earlier this year.

“I have a friendly relationship with Justin,” Djokovic is quoted as saying in The Telegraph. “He did advise me when he was in London. We saw each other shortly. We keep in touch through the phone.”

Data analytics are already big in American sports and football, but The Telegraph says it “is giving top players like Federer and Djokovic another edge on their rivals”.

British wildcard Paul Jubb will make his debut at Wimbledon on Tuesday and his grandmother will be there to watch. Also in The Telegraph.

Wimbledon has “moved with the times” reports the Irish Times as they have dropped the use of “miss” and “mrs” when it comes to announcing the scores in matches involving female players.

However, Metro.co.uk says Piers Morgan is upset about this decision.

It’s the Women’s World Cup semi-final tonight as England will take on defending champions the United States, but Wimbledon won’t be showing the match.

“The big screen will stick to the tennis, as in previous years,” Richard Lewis is quoted as saying in the Daily Mail.

A message from Cori Gauff.

A post shared by Mouratoglou Tennis Academy 🎾 (@mouratoglou_tennis_academy) on Jul 1, 2019 at 2:13pm PDT