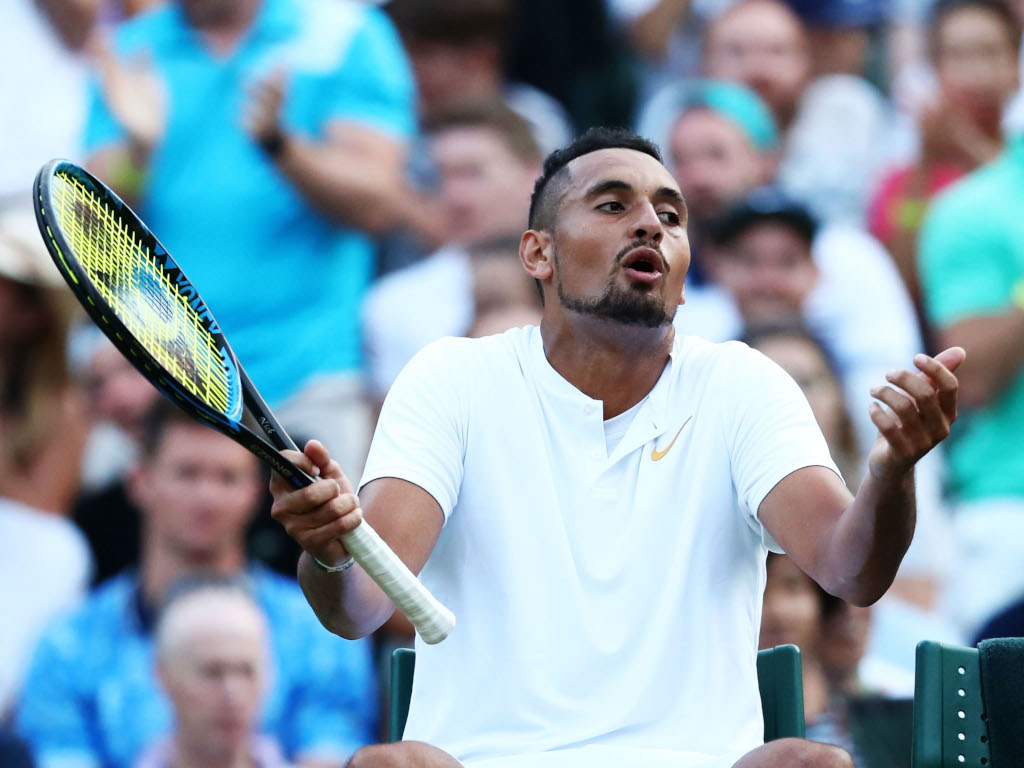 In Tennis Today, we are set for a manic start to week two at Wimbledon and tennis fans “blasts out-of-sorts Nick Kyrgios”.

What’s on the site
We are set for a Manic Monday at Wimbledon so without further ado, here’s your order of play for day seven.

After a chaotic opening week at SW19, our tennis betting expert Deggsy Bilton is back with fresh tips for the second week.

England are in the FIFA World Cup semi-final and even Rafael Nadal is gripped by “It’s Coming Home” fever.

We had quite a few upsets in the first week of Wimbledon 2018 so it’s only right that we look at the top 10 over the years and it does feature Lukas Rosol’s win over Rafael Nadal a few years ago.

Ever wondered which Wimbledon court produces the most upsets? Or on which court has the most tie-breakers? Well, wonder no more.

Wimbledon is synonymous with strawberries, so what’s the deal with the pineapple we all pretend we don’t see?

Finally ease into week two of Wimbledon with a quiz on the facts and figures from the All England Club.

What’s in the news
Nick Kyrgios has come in for some stick after he was sent packing from Wimbledon by Kei Nishikori.

The Daily Mail reports that “tennis fans have taken to Twitter to blast the out-of-sorts Australian player” with one saying it is “karma at its finest” after his “attention-seeking” Instagram post.

Serena Williams came up with one of the great quotes at Wimbledon, saying: “That’s what makes me great. I always play everyone at their greatest, so I have to be greater.”

And Jamie Johnson in The Telegraph admits he “didn’t understand what greatness was until I had this exchange with Serena Williams”.

In his piece he adds that “it was the way in which she was unapologetic about her success, without a hint of arrogance”.

Jamie Murray initially said he wasn’t going to defend his Wimbledon mixed doubles titles on the back of his partner Martina Hingis’ retirement, but then Victoria Azarenka came along and he decided “‘s***, that is a great partner’”, he told Herald Scotland.

Kyle Edmund’s defeat at the hands of Novak Djokovic means there are no Brits in the second week at Wimbledon so it is once again time for some soul-searching and Simon Briggs in Telegraph Sport says “British tennis must grow grass-roots to become a big-hitter”.

In The Guardian, Tim Lewis goes with “Wimbledon faces up to LAAM: Life after Andy Murray”.

“Task of finding a new champion is a daunting task for Britain. Great players are brilliant freaks – and Murray should be fully appreciated while he is still around.”

What’s on social media
Wimbledon the one day, Silverstone the next.

At the home of British racing, had a blast! Huge thanks to @rolex for the invite ?? #F1 #BritishGP

Here is the preview of Roger Federer Running Wild With Bear Grylls.

Dustin Brown likes the heat, Naomi Broady not so much.

Not Wimbledon related, but Tennis TV’s funniest moments and fails are always good.