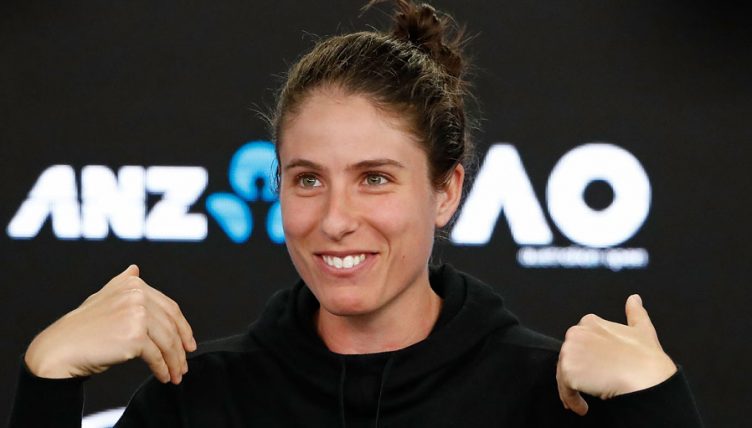 Just another bonkers day in tennis…

What’s on the site
Basically, Tennis365 is packed full today with simple appreciation for being alive.

With good reason, too. I mean, what a time to be alive! The sun is shining, Wimbledon is on, the best ever World Cup is on, and Diego Maradona is grief-stricken with a deep sense of sporting injustice. We are literally living the dream, people. Living. The. DREAM.

But anyway, did you know that the World Cup and Wimbledon have many weird and wonderful connections to each other? No? Well feast your eyes on these seven reasons why.

However, before you go ahead and reach the conclusion that, essentially, and for all intents and purposes, Wimbledon and the World Cup are basically the exact same thing, here is John Nicholson to tell you that they definitely are not the same thing and it’s deeply annoying when people pretend they are.

You may have noticed the small matter of England actually winning a World Cup penalty shoot-out, and you’re not alone. Kyle Edmund was struck down with a serious case of World Cup fever too, and he chronicled it all on his Instagram account.

Away from other sporting events, yesterday marked the 25th anniversary of Pete Sampras’ maiden Wimbledon title, so we have recalled you for it here.

And don’t forget to check out our gallery from day three either.

What’s in the news
Johanna Konta tends to attract much greater attention at Wimbledon than anywhere else due to the partisan hopes of the home crowd, but she says she rather likes it.

In fact, in discussing her spell in the spotlight, she revealed her musical aspirations.

“I always thought I’d be such an unbelievable performer on stage,” she said.

“Except for the fact that I have an absolutely horrendous singing voice. But I just really like the idea of being on a stage in front of tens of thousands of fans.

“I want to be a singer, a superstar like Taylor Swift.”

Meanwhile, Eugenie Bouchard’s coach has lifted the lid on their relationship, insisting that she still has the talent to get back to the heights she reached in 2014 when she was in the final at Wimbledon.

“I think that’s why she liked me when she came to me about three months ago,” said Robert Lansdorp, who has previously worked with Lindsay Davenport and Maria Sharapova.

“She liked that I could see things in her that I could improve on. I know what to do to get her to hit the ball better and more consistently. She hadn’t been able to do that before.

“I was excited about it because I figured, ‘Hey, I can really help this girl.’ And that’s the only reason I’m here.

“I don’t do the travelling just for the glory. I feel that I can help her to get better. If I can’t, then I’ll stop this, and if she gets to be number one, I’ll stop this. Then my job will be done.”

#ad For me, Strawberries and Cream will always be the champion of The Championships. Don’t mess with tradition ‍♀️ #letsplay #teamstrawberries Photo cred @gianna_sh

There was some Wednesday Wisdom laid down by Serena Williams.

Some #WednesdayWisdom from 7️⃣ time @wimbledon Champion @serenawilliams on what it takes to be your best! #Wimbledon #tennis #summer #instasport

Finishing in a flurry @rogerfederer has won 26 sets in a row (and counting) at #Wimbledon.

Sloane Stephens shared her resolve to put her Wimbledon disappointment behind her.

Trials make you stronger. As an athlete you have to recognize when to push ahead and not to dwell. I won’t be dwelling. Onward. #wimbledon

And Gerard Pique found the bright side in Spain’s World Cup elimination.