Tennis Today: ‘The world saw a new superstar arrive in tennis on Sunday’ 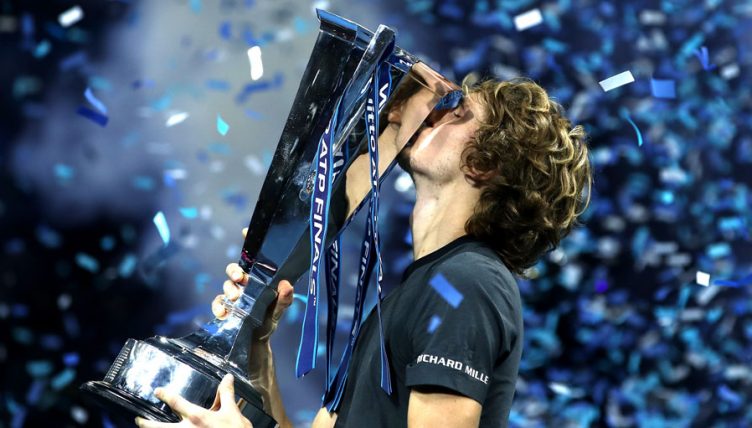 In Tennis Today, a huge claim has been made about an emerging star on the ATP Tour, and Eugenie Bouchard still doesn’t seem to care about tennis.

What’s on the site
There is no better place to start that with a Tennis365 exclusive. Sky Sports analyst and former world number four Greg Rusedski has given us one hell of a bold prediction about Novak Djokovic for 2019.

In Roger Federer news, he has not only dismissed talk of retiring this winter, but also highlighted what improvements he wants to make to his game during the close-season.

And while we are on the subject, we have a very annoyed columnist demanding that, if you absolutely have to comment on Federer’s obvious decline, keep it respectful because a declining Federer is still better than the vast majority of the rest.

Besides, Novak Djokovic has said anyone writing Federer off would be stupid, so what more do you need?

Oh, and I’m sure you noticed that Andre Agassi is back. Well, there has been comment from the Grigor Dimitrov camp about just why they have sought the help of the US legend.

What’s in the news
As you’d expect, the news today is dominated by Alexander Zverev and Novak Djokovic.

The pair played out an engrossing ATP World Tour final at The O2 , complete with show result.

And BBC analyst and all-round legend Boris Becker believes we may have witnessed a pivotal moment in tennis.

“Alexander Zverev winning the ATP Finals is a moment which the whole tennis world has been waiting for,” Becker wrote in his BBC Sport column.

“For years we have been saying tennis needs new faces and strong new players – and he has proved he is the best of the next generation.

“Beating Novak Djokovic in the final was a big upset and a big victory for Sascha.

“It was the big match which we were all waiting for from him.

“Yes, he has won three Masters 1000 titles before, and has beaten Djokovic and Federer before, but to beat Novak and Roger back to back in one of the biggest tournaments in the world tells him, most importantly, but also the world, that he is going to be the next big thing.

“The world saw a new superstar in tennis arrive on Sunday.”

You took the exact word right out of our mouth, deutscher_tennis. We think…

dtf – down to fiesta

The man himself comments on his biggest title win.

Nothing can make me sad🤪

A throwback to when an actual superhero was spotted on a tennis court… high-fiving Spider-Man.

Who thinks @rogerfederer should be the next Avenger ????? #makeithappen #goat #federer 🎾💯

To avoid disappointment, it’s probably best you don’t ask for a couple of months… 😢