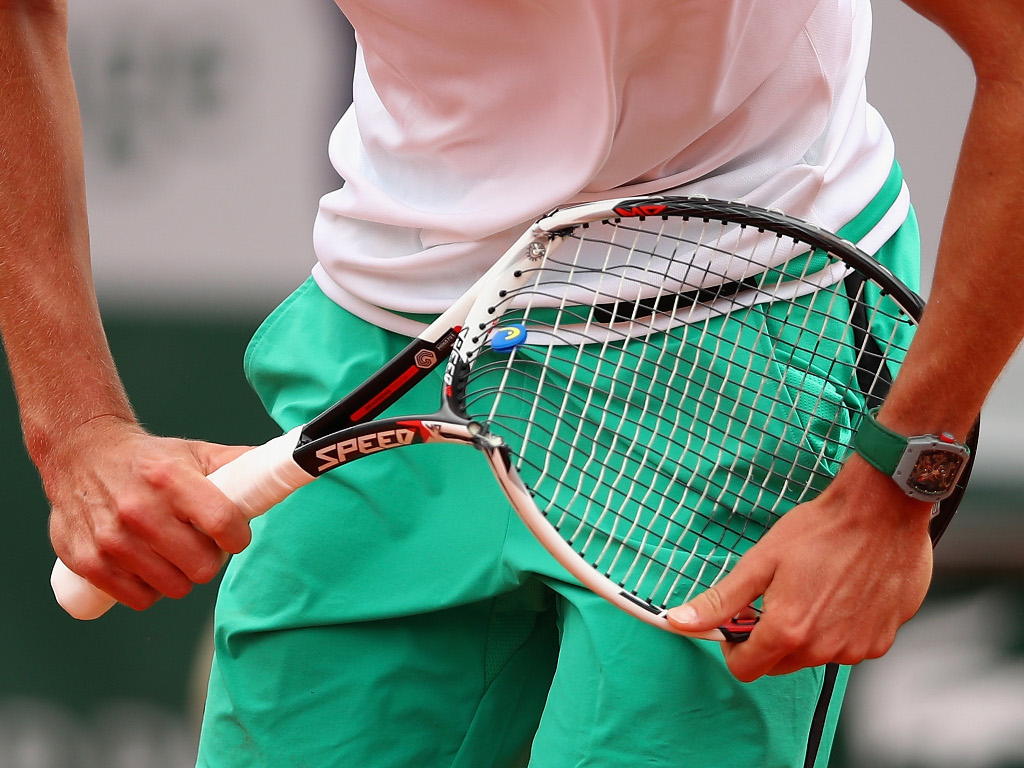 It was another tough weekend for racquet manufacturers as Nick Kyrgios’ racquet took a beating during the Davis Cup. Actually, depending on which side of the fence you sit, this could be good news for racquet makers as Kyrgios will need new ones.

Anyway, we know when players lose their cool on court they tend to take out their frustrations on their racquets so we have come up with a Top 10.

Just in case you missed Kyrgios’ contribution during his Davis Cup loss against Alexander Zverev, then here you go. It is a super sloooooooooooooowwwww moooooooooo.

10. Grigor Dimitrov
You have to admire the Bulgarian’s racquet smashing technique in the 2016 Istanbul Open final. He went all the way and ended up conceding the match to Diego Schwartzman.

9. Andy Roddick
Serious props to the American here as he still somehow acts gentlemanly despite destroying his racquet.

“Sir, have you punished me yet? Yes? Okay, let me just smash it again.”

Actually, the best part is the umpire saying “continue”.

8. Nick Kyrgios
If you think the Davis Cup incident was an isolated one for the Australian, then you are mistaken.

Smashing a tennis racquet is one thing, but using your knee to break a table tennis bat is on another level.

7. Novak Djokovic
The 12-time Grand Slam winner is never afraid to give his racquet a good beating. We admire his technique as some players will only throw the racquet down once and then replace it, but Djokovic will smash it a couple of times. You know, just to make sure he gets it out of his system.

6. John McEnroe
There are plenty of videos out there about the American’s outbursts over the years, but this particular one in Stockholm is rated as his most famous.

He had a go at the umpire, smashed his racquet and finally he took it out on the cups that were in his way.

5. Marat Safin
The Russian loved a proper racquet smash during his heyday.

Here is an eight-minute compilation of the two-time Grand Slam champion going wild.

4. Goran Ivanisevic
The 2001 Wimbledon champion was a serial racquet smasher and he has described the 2000 Samsung Open in Brighton as “the most embarrassing thing that happened to him on tour”.

Why? He made history as he became the first player to ran out of racquets during a match.

Here is the match in question.

3. Mikhail Youzhny
Sometimes the racquet strikes back. Youzhny took a different route to the usual floor smashing as he hit the racquet against his head and he came off second best.

He has form for this sort of thing, but luckily there was no blood involved during this incident at the French Open.

2. Marcos Baghdatis
When you start playing tennis, or any sport for that matter, then the first thing you are taught is to always give it your all. And that’s exactly what Baghdatis did at the 2012 Australian Open.

Tennis’ favourite Cypriot was always going to rank highly as he smashed four racquets in one go, and he did it while he was sitting down.

1. Fernando Gonzalez
Rated as one of the best racquet smashers on the ATP Tour, and for good reason.

If you are going to get fined for breaking your racquet, then you might as well get the crowd involved. And Roger Federer looked like he enjoyed it.

Here’s a little bonus video as he uses a different over-the-knee technique to make sure the racquet is completely destroyed.