He may have fallen out of the top 20 for the first time in 11 and a half years, but as Andy Murray recovers from hip surgery, Alexander Pullin reminds us of his 10 biggest tennis achievements to date.

10. Highlighting women’s rights
Coached by his mother at a young age, Murray has long fought for women’s rights. He has defended equal pay, called out casual sexism and highlighted how much he enjoys watching women’s tennis. On court, he also hired former women’s world No 1 and two-time Grand Slam winner Amelie Mauresmo as his coach.

“I don’t think there’s a woman player – and there really shouldn’t be a female athlete – that is not totally supportive of Andy Murray,” Serena Williams once said of the Brit. 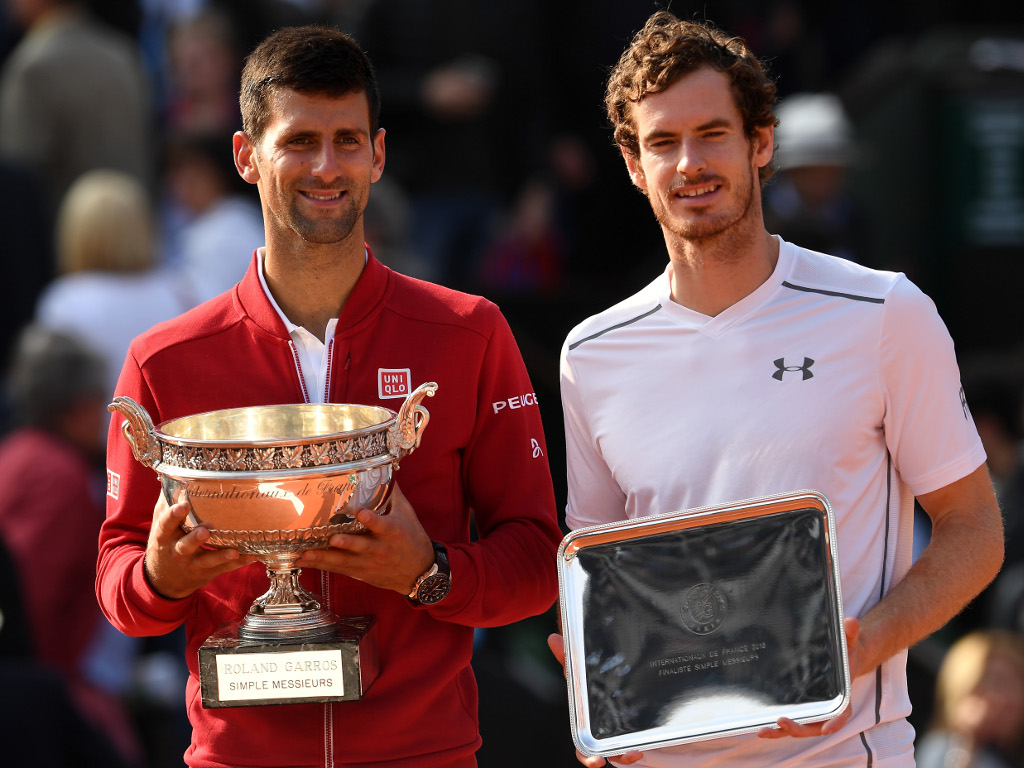 While Murray may only have won three of the 11 Grand Slam finals that he reached, all but one of those have taken place against tennis gods Roger Federer or Novak Djokovic. The pair are responsible for 32 Grand Slams, covering a 15-year period.

Murray is one of the most consistent players out there. Indeed, he has only failed to reach the fourth round of a majr once in his last 36 Slams.

After reaching the French Open final in 2016, and thereby reaching all four Grand Slam finals, the Dunblane star became part of a rather select elite. So select in fact, that legends of the sport like Jimmy Connors, Boris Becker, Pete Sampras, Mats Wilander, John Newcombe and Guillermo Villas aren’t included.

8. Olympic gold in 2016
It may not seem the most natural event to be at the Olympics, but there’s no denying the patriotic pride so many of the current tennis players feel when representing their country. The 2016 Olympics was held all the way out in Brazil, on a slow hard court with rumours of an active Zika virus. But Murray put all that aside to win the 64-player event.

In the gold medal match, he faced former US Open winner Juan Martin del Potro, who had defeated Novak Djokovic and Rafa Nadal en route to the final. Murray’s hard-fought 7-5, 4-6, 6-2, 7-5 victory over the Argentine meant he was the first player of either gender to retain a singles gold medal.

Four years previous, Murray’s career was in a very different place. Only the second male to lose his first four Grand Slam finals, his four set loss to the majestic Swiss Roger Federer at Wimbledon led to the Scot’s famous tears. However, fate would give Murray the chance to get revenge.

In the same Wimbledon venue as he had faced such crushing disappointment four weeks earlier, Murray was in the form of his life. Having dropped only one set on his way to the final, the Scot thrashed a shell-shocked Federer to win 6-2, 6-1, 6-4 in an hour and 56 minutes. For good measure, Murray also won a silver medal in mixed doubles with fellow Brit Laura Robson.

Federer, who was a flag bearer at the 2008 Beijing Games, has yet to win a singles gold medal, though he does have a gold as he partnered with Stan Wawrinka to win the doubles at that same Olympics. 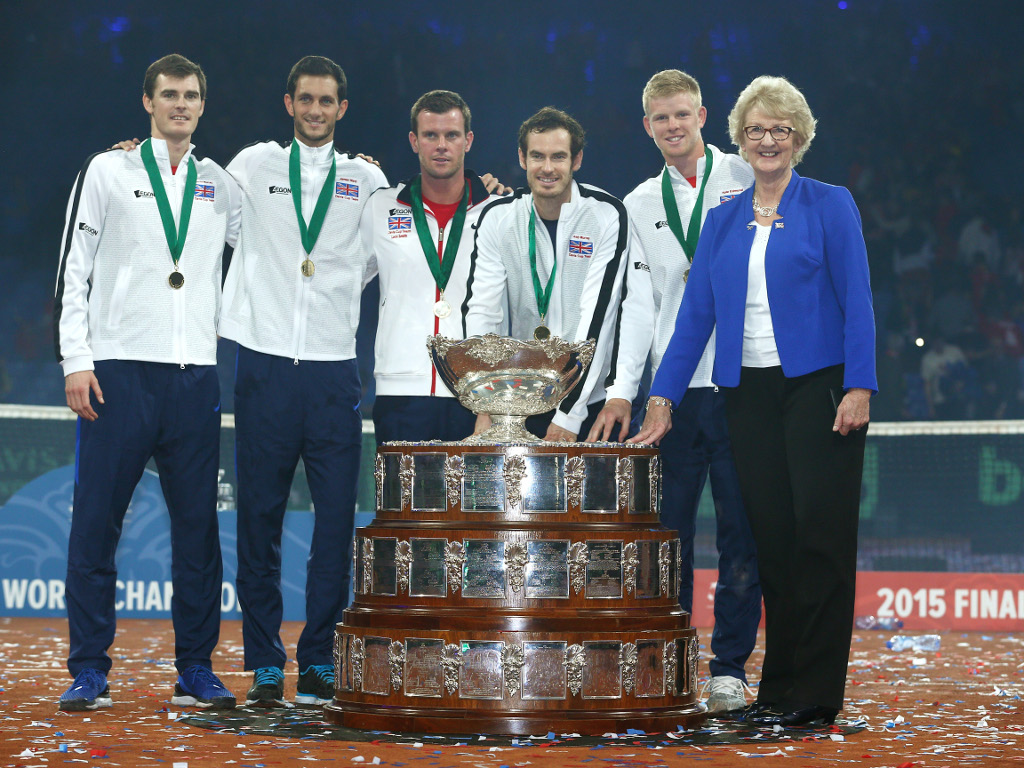 When Great Britain won the Davis Cup for their 10th title in 2015, it was the first time they had done so since 1936. In that 79-year period, Britain had only qualified for the final once.

Even with Leon Smith’s superb captaincy skills, James Ward’s crucial five-set victory over John Isner during the tie against the United States and Andy’s brother, Jamie’s, superlative doubles play, the Herculean effort of Andy was incredible.

Through overcoming the United States, France, Australia and Belgium, the Scot equalled John McEnroe and Mats Wilander as the only men to have an 8-0 singles record in a Davis Cup year. Including the doubles, he became only the fourth man to win 11 rubbers in a year. It was no surprise that Andy Murray won Britain’s match-winning third point in the 3-1 tie when he defeated David Goffin with an outrageous lob.

5. ATP World Tour Finals in 2016
Players are ultimately judged on Slams, but there’s no denying the prestige of the end of year ATP World Tour Finals. While winning the “Fifth Slam” is never easy, Murray’s route for the 2016 title seemed harder than most. To take home the trophy, he would have to defeat the players ranked sixth, fifth, fourth, third and second.

His 6-3, 6-4 showdown victory over five-time champion Novak Djokovic in front of an adoring London crowd meant he was the first Brit, male or female, to win the end of season title.

2016 really was Andy Murray’s best year. He won a career-best nine tournaments, including Wimbledon and an Olympic gold, and ended the year with a 25-match unbeaten record and a W/L rate of 78-9. But even that memorable set of achievements didn’t mean it was straightforward to officially be declared the best in the world.

By hunting down seemingly unassailable long-time rival Novak Djokovic, Murray become the oldest first-time No 1 and the first British tennis male since the official rankings had started in 1973.

“I never thought I’d be number one in the world. It’s been many years of work to get here” he said.

He is also one of only 17 male players to finish as Year-End No 1.

3. Wimbledon trophy in 2016
It may not have been the same pressure as trying to win his first Wimbledon, but there was still plenty on the line when Murray lined up against first-time Wimbledon finalist Milos Raonic. The Canadian was in a career-best run of form and had stunned Roger Federer in a five set semi-final.

The 25-year-old had pushed Murray all the way in the Australian Open semi-final earlier that year, as well as in the final of Queens in the build up to Wimbledon.

Raonic, who entered the match with 137 aces, found his serving blunted by exceptional returning. Indeed, Raonic fired down the tournament’s fastest serve at 147mph, but still lost the point to a brilliant pass.

It had been 76 years since Britain had celebrated a male Grand Slam champion, so it seemed fitting that the match that ended that wait was an intense, drama fuelled shootout.

Murray emulated Fred Perry’s 1936 achievement by winning 7-6 (12-10), 7-5, 2-6, 3-6, 6-2 in four hours 54 minutes against then five-time Slam winner and defending champion Djokovic. The epic match was the equal longest US Open final in history in terms of time length, with Murray needing to give everything to fend off a comeback by the tenacious Serbian.

“When I realised I had won, I was a little bit shocked, I was very relieved and I was very emotional,” said Murray, who had won the US Open Boys’ title in 2004.

1. Wimbledon trophy in 2013
Remember the most pressure you’ve ever been under. Then double, triple and quadruple that. And do it a few more times. That’s when you might start getting an idea of the pressure Murray was under after he had seen three match points for Britain’s first Wimbledon since 1936 snatched away by Djokovic.

The 26-year-old Scot was serving for the match but rather than a straightforward victory, which looked likely at 40-0, he was soon facing three break points in a nerve-shredding see-saw game. Aware of the giant momentum shift if he failed to serve it out, he managed to break through on his fourth match point to seal a 6-4, 7-5, 6-4 victory.

“I didn’t know what to do with myself. The noise levels during the whole match were just incredible,” a joyous Murray said in front of 15,000 ecstatic spectators, some of whom had paid more than £83,000 for a pair of tickets.