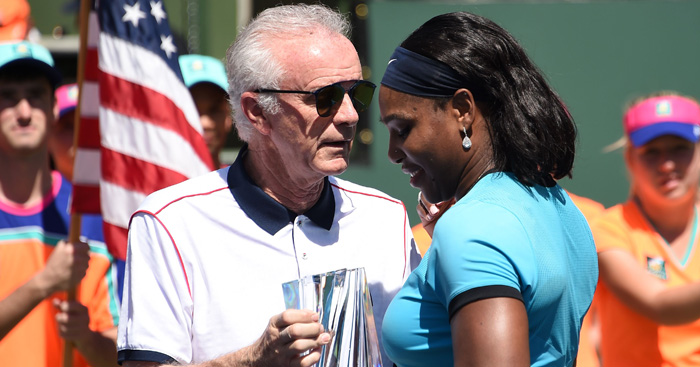 With gender equality, or inequality, a hot topic in Tennis right now, Tim Ellis reminds us of ten occasions it made the headlines.

10. Walkers Cup upsets the women’s institute
In 2011, the Walkers Cup came under fire from local women’s groups for its positioning of the female. In the poorly conceived poster, featuring Maria Sharapova, Serena Williams, John McEnroe and Andre Agassi, the slogan was  imploring fans to “Come for the ladies” and stay for the legends”, the implication being that the fairer sex were attractive but that the real business was to be played out by the blokes.

The poster was changed to the rather unappealing: “Making history, reliving history” which was only offensive to creativity.

9. Tsonga ponders on hormones
In 2013, the Australian Open became a hotbed for another hormonal debate. Jean-Wilfried Tsonga felt the need to explain the reason why men are more dominant than women. “I’m sure everybody will say it’s true, even the girls”, he said. “I mean, it’s just about hormones and all this stuff. We don’t have all these bad things so we are physically in a good shape every time and you are not.”

Unfortunately, Victoria Azarenka admitted that she choked during her semi-finals match against Sloane Stephens, when she took two controversial medical time outs. This was particularly bad timing, given the context of Tsonga’s ill chosen words.

8. The Nike nightie is eye candy for some
Dubbed the “Nike nightie” by some, a number of women stars criticised the brand for their controversial Premier Slam dress in 2016 during Wimbledon, saying it was too revealing.

Sabine Lisicki said she didn’t feel comfortable “showing that much” while Swedish qualifier Rebecca Peterson commented it was “flying everywhere”.

Tellingly, the stuffy All England Club decided the revealing dresses did comply with Wimbledon’s strict all-white dress code. This didn’t prevent the obligatory complaints of sexist footage by viewers, suggesting slow motion replays were being shown to reveal what players were wearing underneath their dresses. 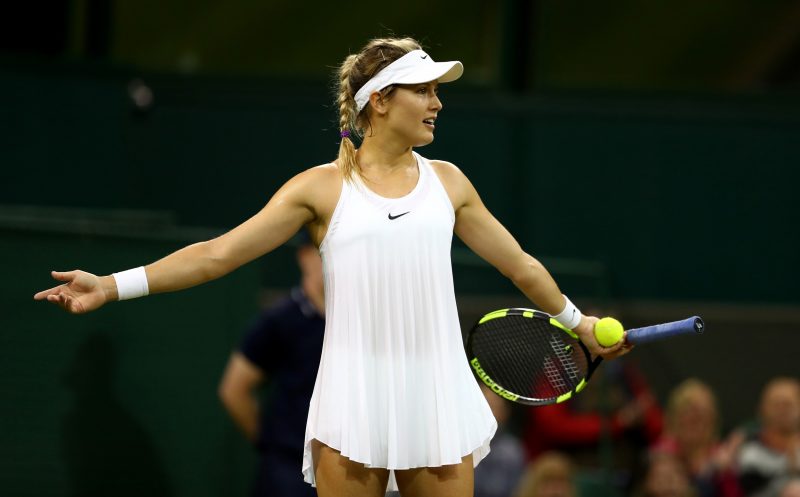 7. Billie Jean King won’t give us a twirl
Billie Jean King accused an on-court interviewer who asked some female tennis players to ‘give a twirl’ at the 2015 Australian Open of being “truly sexist”.

Serena Williams and Canada’s Eugenie Bouchard were asked to spin around to show off their outfits during on-court interviews in Melbourne with Tennis Australia commentator Ian Cohen.

After a straight-sets win over Kiki Bertens, Bouchard commented that it was ‘unexpected’ that an ‘old guy’ asked her to twirl on-court and that it was okay as long as guys were asked to “flex their muscles and stuff”.

BJK added: “Let’s focus on competition and accomplishments of both genders and not our looks.”

After the Frenchwoman beat a nerve-wracked German Sabine Lisicki in the 2013 showpiece match, Inverdale told listeners the Italian was “not a looker”.

The broadcaster crassly mused: “I just wonder if her dad, because he has obviously been the most influential person in her life, did say to her when she was 12, 13, 14 maybe, ‘listen, you are never going to be, you know, a looker.”

Bartoli embarrassed the presenter, who made a grovelling apology, with the calmest of responses,: “I am not blonde, yes. That is a fact. Have I dreamt about having a model contract? No. I’m sorry. But have I dreamed about winning Wimbledon? Absolutely, yes.”

The remarks triggered a backlash on social media, including some who labelled the BBC broadcaster “creepy” and “sexist”.

Castle held his position by trying to accuse one detractor of being “earnest, humourless and probably no fun at all”. Bate herself was not offended in the least, but instead rather miffed that she was described as a WAG by some reports when she had in fact qualified to be a dental surgeon. So there.

4. Fair play to Andy, but Novak doesn’t agree
While Andy Murray’s sympathy has always extended to women getting financial rewards based on their on-court success rather than their gender, Novak Djokovic espoused the opposite view in March 2016. “I think that our men’s tennis world, ATP world, should fight for more because the stats are showing that we have much more spectators on the men’s tennis matches.”

Djokovic spoke out after Indian Wells tournament director Raymond Moore had inflamed the debate by suggesting that Roger Federer and Rafael Nadal had carried the sport and that women should count themselves “very very lucky” as they “ride on the coat tails of the men’s game”. He resigned days later. 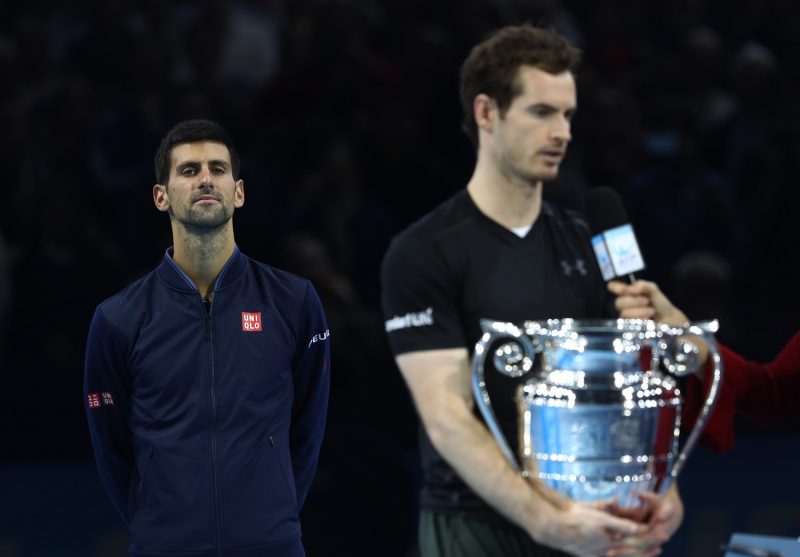 3. Au revoir to Toni… or good riddance
Rafa Nadal may have tearfully said goodbye to his long-time coach and uncle, Toni after winning La Decima at Roland Garros, but there are some women that will not miss him or his views.

Nadal Snr criticised the appointment of Gala Leon as captain of Spain’s Davis Cup squad in 2014. “I have nothing against her. I don’t know what her capabilities are, and I hope she does her job well, but in theory she is a person that doesn’t know men’s tennis, because men’s tennis isn’t the same as women’s tennis.”

His comments were immediately labelled sexist by Spain’s political parties. Leon herself said she would “not apologise for being a woman”, which seemed an unnecessary statement to make. Unfortunately the country’s fortunes in the Cup took a downward spiral and Leon was dismissed the very next summer to be replaced by Conchita Martinez. 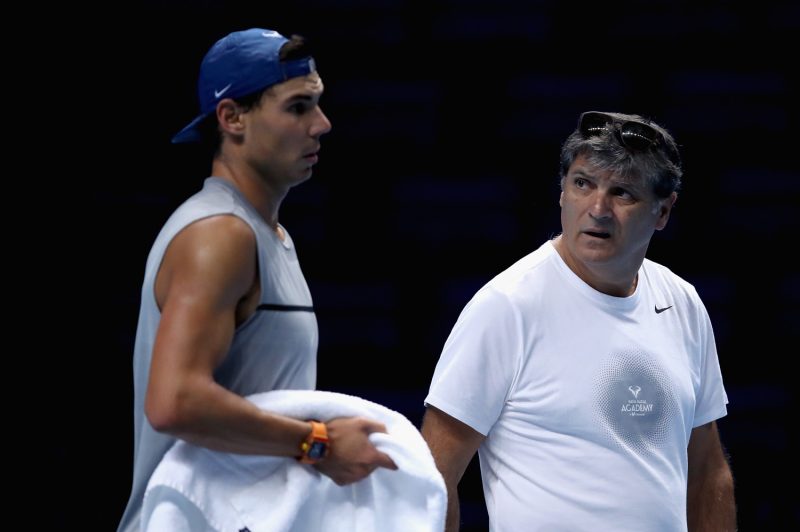 2. Virginia takes aim at Amelie and Andy
Virginia Wade, the jolly good fellow of British women’s tennis in 1977 at Wimbledon, turned into a rather mean-spirited commentator at times.  VW said she thought that the appointment of Amelie Mauresmo as Andy Murray’s coach was a stunt, calling out the Frenchwoman for being mentally weak during her playing days.

Two years earlier, Wade had called the Scot “a drama queen” when Murray was struggling with a bad back against Jarko Nieminen in the French Open second round.

Wade said at the time: “I have tremendous sympathy that his back is bad but I have more sympathy for the other guy as, honestly, you cannot play against someone who is being a drama queen.” Ouch. At least their three gland slam single titles each mean they have something in common.

1. Krajicek’s pig of a comment
Richard Krajicek became Wimbledon Champion in 1996, but he may have been shuffling uncomfortably alongside the women’s champion of the same year,  Steffi Graf, at the Champions’ Dinner. Four years previously, a 20-year-old Krajicek famously dismissed 80% of the women’s tour as “fat, lazy pigs”.

When challenged on this rather unscientific and offensive theory, he changed his answer to “75 per cent”. Martina Navratilova said she would punch his lights out. She didn’t, but the Dutchman was suitably chastened: “I was disrespectful. I could have said they were unfit, but to compare anyone with pigs is terrible. I should not have said anything of the sort.” 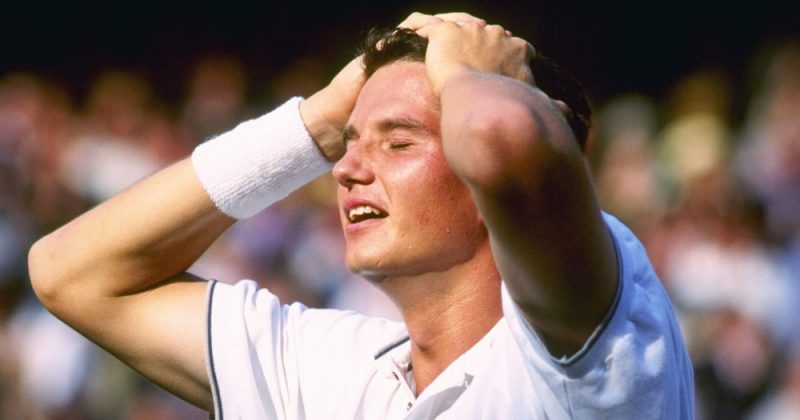