Top 10 greatest Asian tennis players of all time: who comes out on top? 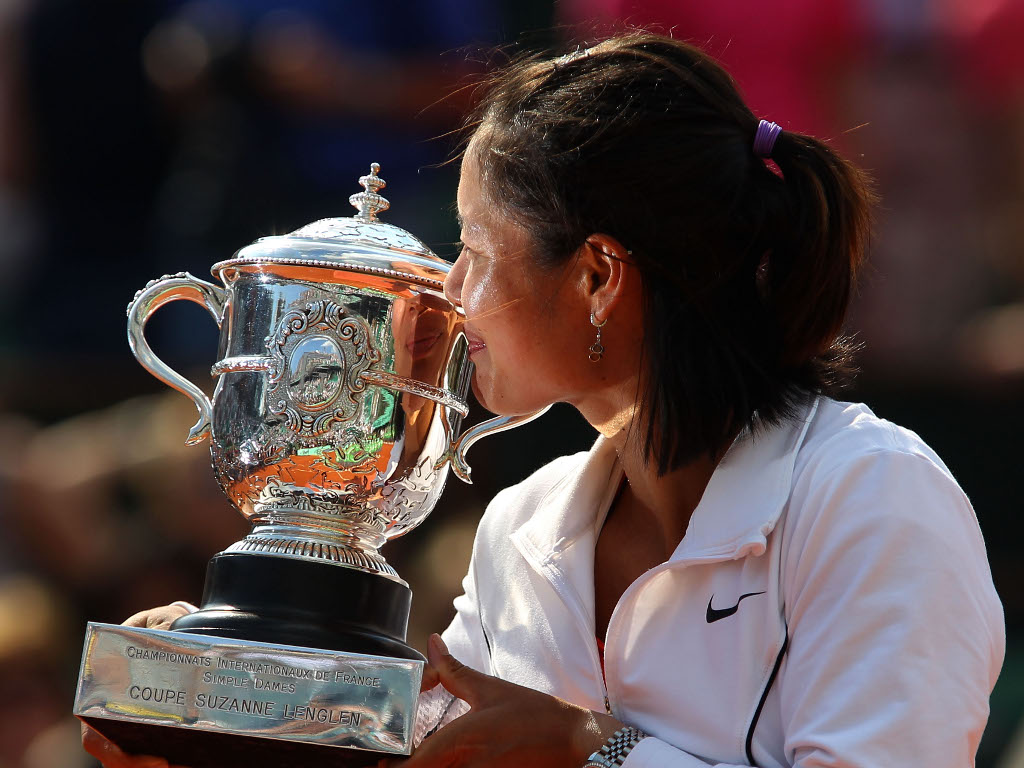 Asian tennis is on the rise again with Naomi Osaka and Hyeon Chung enjoying plenty of success so far this year. However, the region has produced a lot of greats in the past and Peter Hampshire rates Asia’s historical stars. 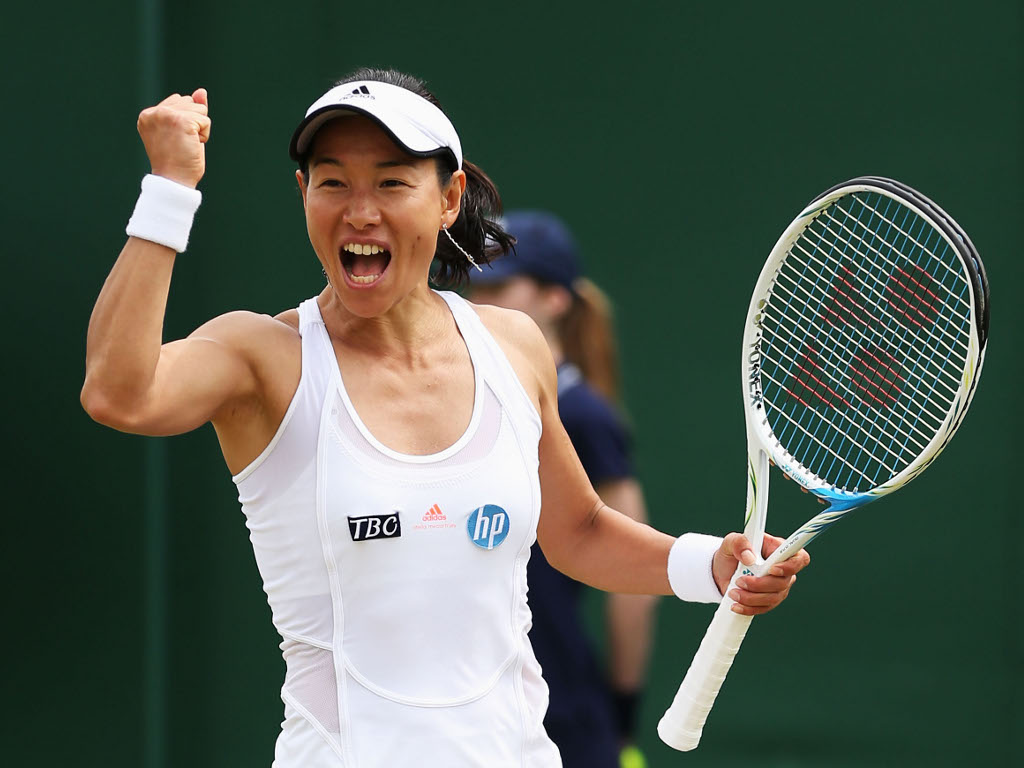 With eight career titles to her name, Date notched up just shy of $4m worth of prize money in a glittering career that saw her win four Japan Open titles.

Retiring in 2017 at the age of 46, the veteran reached the semi-finals of the Australian Open, French Open and Wimbledon in three consecutive years. She reached a career-high of No 5 in the world on the back of her Roland-Garros last-four appearance in 1995.

She took a twelve-year hiatus from top-level tennis not long after her 1996 Wimbledon run and returned in 2002. In 2009 she made history as she became the second-oldest woman after Billie Jean King to win a WTA Tour singles title when she won the Korea Open just one day shy of her 39th birthday.

9. Zheng Jie (China)
She made a name for herself in 2005 when she captured her maiden WTA Tour title at the Hobart International and she added two more titles to her collection in 2006 and another in 2012.

Her best performances in the Grand Slams came in the semi-final in Wimbledon in 2008 and the last four at the Australian Open two years later. As a wildcard at SW19, she beat Dominica Cibulkova and Ana Ivanoivic before losing to Serena Williams in the semis while in Melbourne her brilliant run was ended by Justine Henin.

Zheng, though, did have Grand Slam success in the women’s doubles as she won the Australian Open and Wimbledon in 2006 while partnering compatriot Yan Zi. 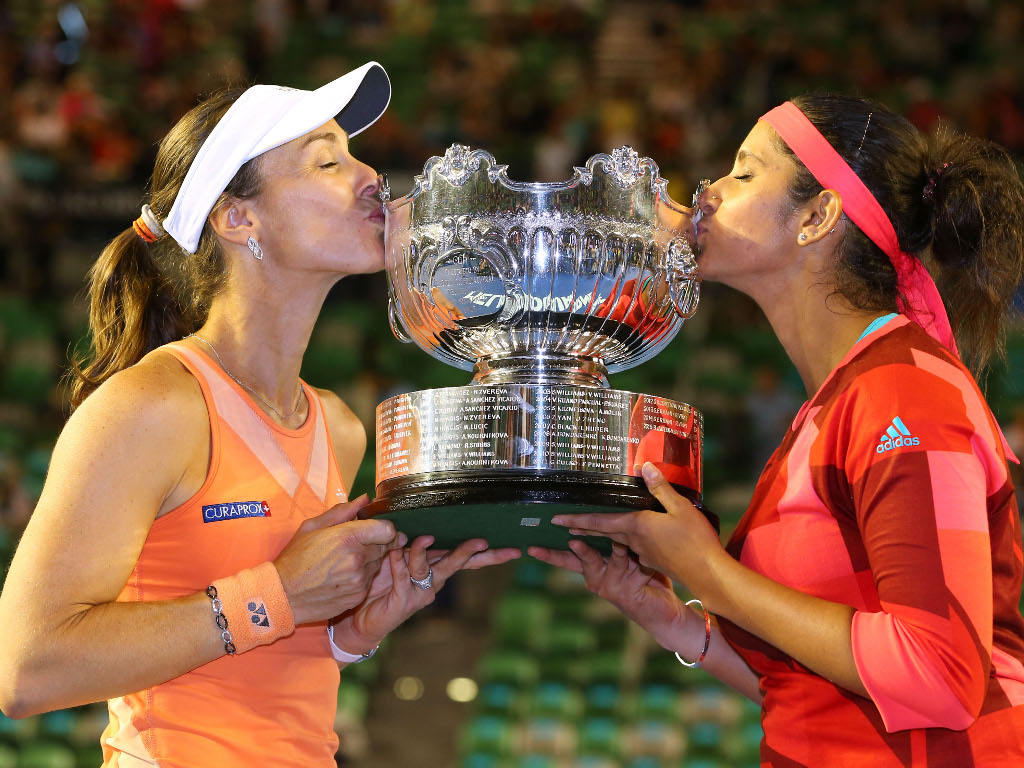 Mirza only won one WTA singles title during her professional career and reached a career-high of 27 in the rankings, but she has had great success in the women’s doubles and mixed doubles, winning six Grand Slams in total, while she also won the WTA Tour Year-End Championships doubles twice.

Three of her Grand Slam doubles titles came with Martina Hingis with the only major missing from her collection being the French Open, while she won two mixed doubles Slams with compatriot Mahesh Bhupathi and one with Bruno Soares from Brazil.

7. Mahesh Bhupathi (India)
Bhupathi failed to win a singles title during his professional career, but he was on another level when it came to doubles. He was the first Indian to win a Grand Slam when he teamed up with Japan’s Rika Hiraki at the 1997 French Open.

It was a sign of things to come as he won four men’s Grand Slam doubles titles (three with Leander Paes and one with Max Mirnyi) and another eight Grand Slam mixed doubles titles with the last coming in 2012 when he partnered Mirza.

In total he won 52 doubles titles and is one of only eight players to have achieved a career Grand Slam in the mixed doubles.

6. Vijay Amritraj (India)
Latching onto the back end of the great Ramanathan Krishnan’s career, Amritaj had big shoes to fill. Another Wimbledon semi-finalist, Amritaj competed alongside brother Anand in the 1976 doubles to add to four Grand Slam singles quarters.

Beating the likes of Ivan Lendl, Bjorn Borg and John McEnroe, he led India to a brace of Davis Cup finals while retaining the title of Asia’s number one for well over a decade. He won 18 singles titles and reached a career-high of 16.

Amritaj is now a well-loved commentator and has even had acting credits in Octopussy and Star Trek.

5. Paradorn Srichaphan (Thailand)
A forerunner in Asian tennis, Srichaphan won five titles that helped shape a pathway for Asian stars of the future. The 38-year-old will be fondly remember for his likeable personality and instantly recognisable style that saw him become the first Asian-born man to crack the ATP top 10.

Rising to ninth in the rankings in 2003, Srichaphan’s full-throttle style never saw him go beyond round four of a Grand Slam but he did post wins against Rafael Nadal, Andy Roddick and Marat Safin along the way.

“I’m not just representing Thailand, my country, but I feel that I’m representing all the Asian countries, especially in Asian tennis.” – Srichaphan, 2003.

The former Buddhist monk has also tried his hand on the Asian Tour golf circuit but fell well below the cut required. Nicknamed “Ball” in his native Thai, he regularly dined with Thai Ambassadors when playing on tour.

4. Ramanathan Krishnan (India)
Reaching the final four in consecutive years at Wimbledon in 1960 and 1961 surely is one of India’s greatest achievements in tennis. Winning the boys title at SW19 at just 17 was a warning signal to anyone out there who would underestimate the man from Nagercoil.

3. Leander Paes (India)
The Indian only won one singles title, but he is rightly considered to be one of the greatest-ever doubles players, having won 55 doubles titles and 18 mixed doubles titles.

In the Grand Slams, he amassed eight doubles trophies, including a career Slam, and 10 mixed doubles titles, which also features all four majors. He is also the oldest man to have won a Grand Slam as the last of mixed doubles titles came in 2016 with Martina Hingis when he was 42 at the time of their French Open success.

He has competed in seven Olympics and won bronze in the men’s singles at the 1996 Atlanta Games.

Oh, and have we mentioned that he has appeared in a Bollywood movie? Yes, he made his acting debut in Ashok Kohli’s Rajdhani Express in 2013. 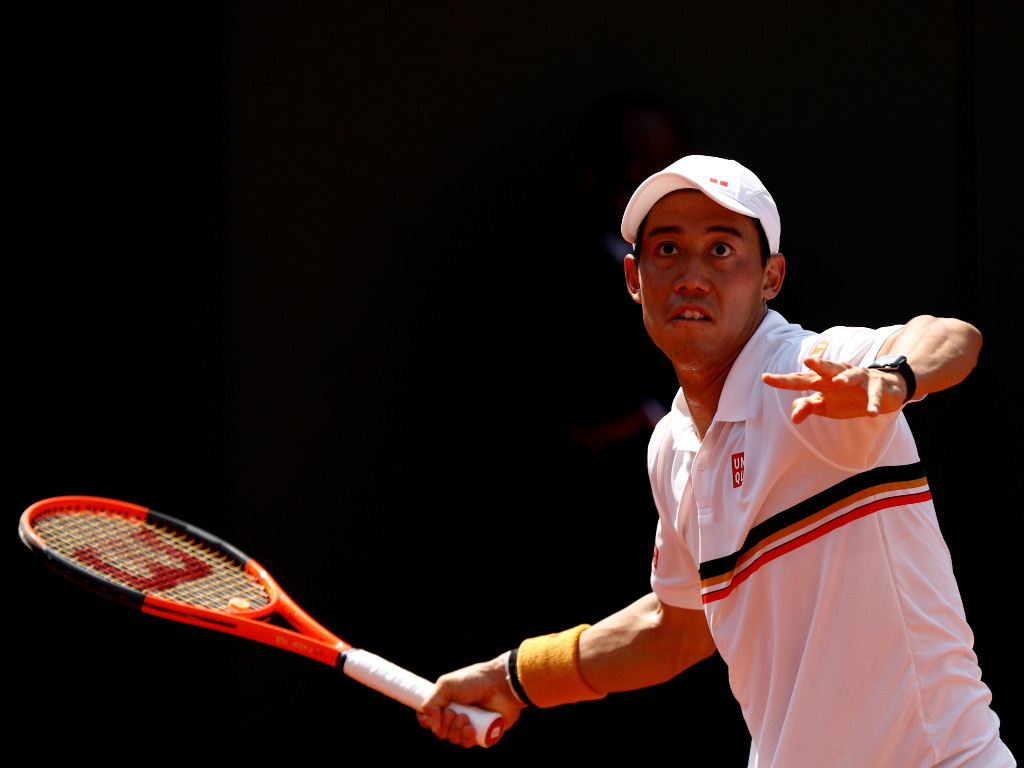 Coached by Michael Chang, Nishikori became the first Asian-born man to make a Slam final at the US Open in 2014, but he finished runner-up to Marin Cilic. He reached a career-high of No 4 in the world rankings in 2015 and also won a bronze medal at the 2016 Rio Olympics.

Nishikori is worshiped to an almost godlike status back in his native Japan, with widespread awe and adulation almost too much at times for the 28-year-old to bear. A pressurised youth career saw early clamour for him to surpass the successes of Shuzo Matsuoka. This preceded wins over Roger Federer, Novak Djokovic and Murray as he developed a resolute baseline style that millions in Japan tune in to watch each time he competes.

“It is difficult [in Tokyo]. I have to wear sunglasses, a hat, a mask, everything… But after retirement I will go back to Japan for sure” – Nishikori.

To date he has 11 ATP Tour singles titles to his name, but a Grand Slam title or Masters 1,000 trophy still eludes him. Injuries have also taken its toll in the last year and he has slipped down the rankings, but he has made a steady comeback.

Na also finished runner-up at the 2011 and 2013 Australian Opens and she remains the only Asian player to have won a singles Grand Slam while she also reached a career-high of No 2 in the world.

Surprisingly she only won a total of nine WTA singles titles during a professional career that ran from 1999 until September 2014.

Here is a great winner’s speech after her success in Melbourne in 2014.