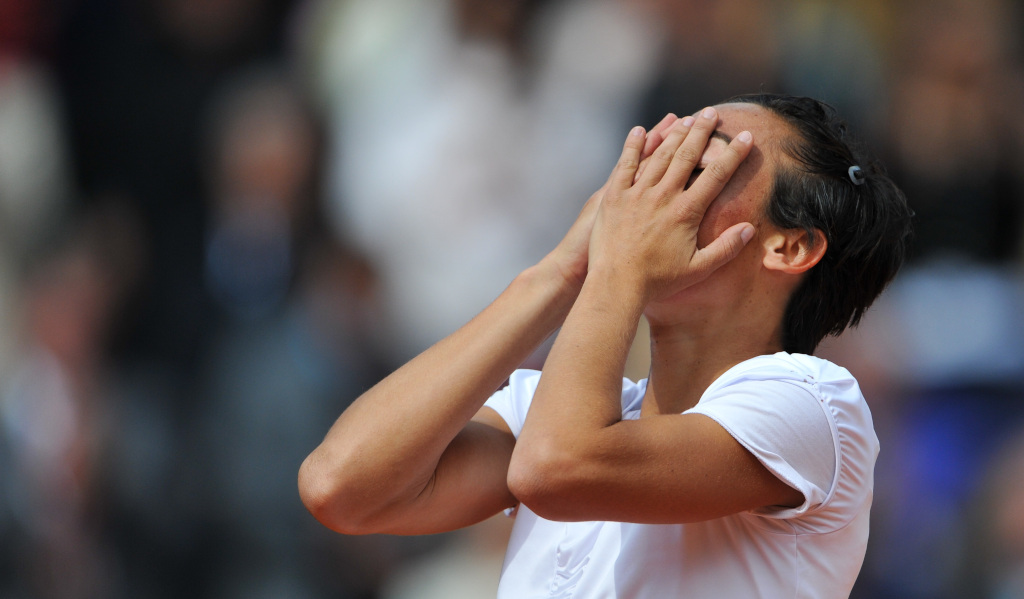 Sara Sorribes Tormo and Camila Giorgi spent three hours and 51 minutes on court during a clash at the Italian Open this week and their encounter comfortably made it into the top 10 longest WTA matches in the Open Era.

Their effort, though, is still some way short off the top spot, but on the back of their opening-round marathon in Rome, here are the top 10 longest WTA matches in Open Era history.

The honour of the longest match in Wimbledon history goes to Chanda Rubin and Patricia Hy-Boulais as the pair produced a three-hour and 45-minute affair in the second round at the All England Club in 1985 and the record still stands today.

“I think we were both just happy to sit down,” Hy-Boulais was quoted as saying by the New York Times while Rubin said “It was kind of a Yo-Yo going on; we were friends before the match, and you’re never going to forget a match like this”.

In the only best-of-five match to feature on the list, 16-year-old Monica Seles and 20-year-old Gabriela Sabatini battled for three hours and 47 minutes in the final of the Virginia Slims Championships in New York in 1990.

“It was an unbelievable match,” Seles said. “We both played great. Women’s tennis is at its best right now.”

The 2016 Fed Cup between the Czech Republic and France dished up a three-hour and 48 minute titanic battle between Karolina Pliskova and Kristina Mladenovic.

Pliskova initially led 5-2 in the decider before her French opponent mounted a comeback, but the Czech eventually prevailed 6-3, 6-4, 16-14.

“I feel fresh actually,” Pliskova told Fed Cup.com after the match. “It’s my longest match I played ever. I’m really happy with the way it ended.”

The third set lasted two hours and 24 minutes and is the longest set in Fed Cup history.

The first of two entries for Francesca Schiavone and Svetlana Kuznetsova as the former Grand Slam champions were involved in a three-hour 50 minute clash in the second round of the 2015 French Open.

“With Svetlana I think we can play hours and hours and hours because we know each other exactly,” she said. “She is amazing, and every time I play against her I say, Oh, my God, now what can happen?”

New entrants Sara Sorribes Tormo and Camila Giorgi hit the list at No 6 after their three-hour and 51 minute encounter in the first round of the 2021 Italian Open.

The oldest match on the list goes back to the 1972 French Open when Kerry Melville Reid and Pam Teeguarden’s match was just five minutes shy of four hours.

The first-ever four-hour women’s tennis match in the Open Era took place in 1995 with Virginie Buisson and Noelle van Lottum battling it out for 247 minutes in total at the French Open.

Barbora Strycova and Regina Kulikova spent 259 minutes on court in the first round at the 2010 Australian, which – at the time – was the longest effort in Grand Slams.

Francesca Schiavone and Svetlana Kuznetsova were clearly the WTA’s marathon women as they feature for a second on the list with the Italian and Russian slugging it out for four hours and 44 minutes at the 2011 Australian Open.

“I hope one day to show this DVD to my son. It is one of the most emotional moments of my life. I just told myself to keep going, do it with the heart and go for it.”

Russian Kuznetsova admitted it was a hard pill to swallow.

“I just feel very empty,” she said. “Maybe in a few days I will watch the video and understand more about it. It’s too hard to talk about it right now.”

And even more bizarrely, the tie-breaker alone lasted one hour and 47 minutes with one rally featuring a mind-blowing 643 shots and taking 29 minutes to complete.