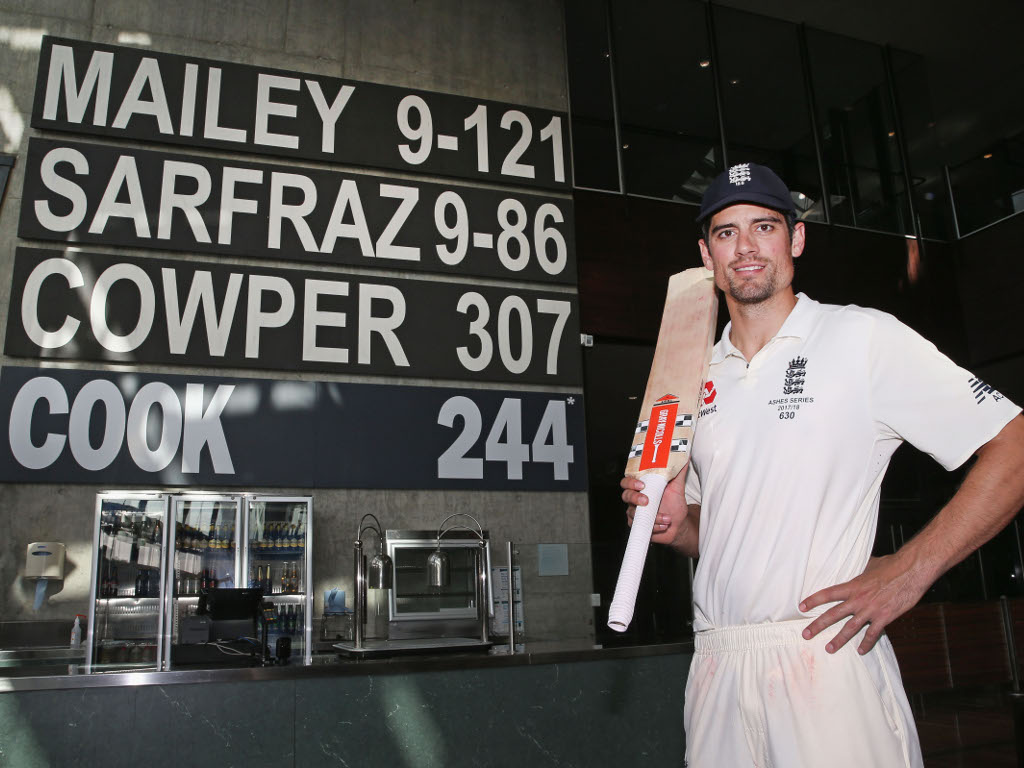 Harry Everett took in two Ashes Tests and the Tie Break Tens while in Australia over the festive period – and gives us his Top 10 memories for tennis then cricket.

10. Dustin Brown and Wu Di’s phenomenal third set battle on the second day of qualifying
These two men do not know how to play sensible, conservative tennis, every shot seemed to be an attempted winner, making incredible viewing for the hundreds jammed into the limited seating around court eight late Thursday night after the Finals draw.

Unfortunately for all attacking tennis lovers, eventual qualifier Brown lost to fellow qualifier Joao Sousa in five sets in the first round of the Australian Open on Monday.

9. Seeing the reaction Maria Sharapova received on draw night
Returning to the site of her fateful 2016 failed drug test for the first time since, one might have expected the Russian to receive some criticism and question marks as to why a convicted drug cheat was chosen to bring the Daphne Akhurst Memorial Cup into the Margaret Court Arena.

But it seems that her excuse of the substance being taken ‘based on a doctor’s recommendation’ was accepted in good faith and she has been forgiven by most of the tennis world.

8. Novak Djokovic in the umpire’s electric chair
Electric as in motorised before anyone panics!

In between matches the Serb decided he fancied a go, so proceeded to provide great entertainment for the adoring crowd. Very slowly going up and down whilst the poor, seatless umpire stood awkwardly waiting for one of the game’s great, but mischievous, Grand Slam champions to give him his chair of power back! This wait was made even longer when Djokovic made out he had broken the mechanism and was thus stuck at the top of its range! 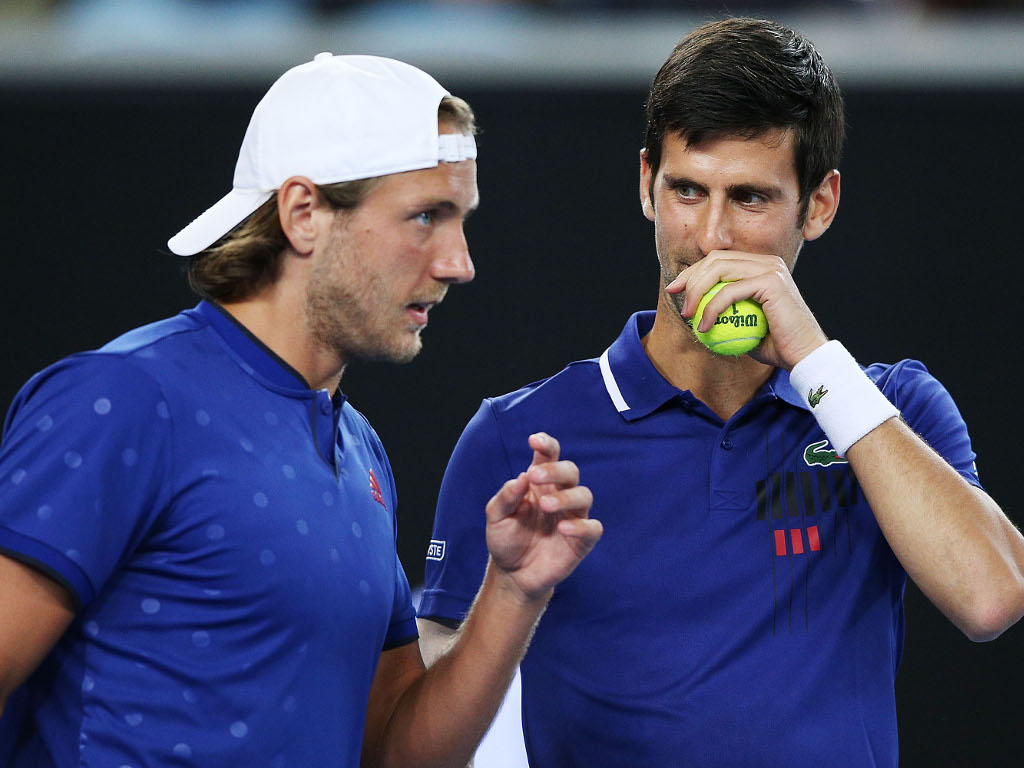 Nick Kyrgios and Dominic Thiem v Lucas Pouille and Novak Djokovic provided another very entertaining Tie Break match to 10 points. The score was irrelevant, the match purely being an extra showcase to buy Rafael Nadal and Tomas Berdych extra recovery time before the final, but Kyrgios was a little too keen to be the centre of attention, smashing a few from point-blank range so compounding the latter pair to another loss.

The other three men provided many comical moments by refraining from smashing and continuing rallies as long as Kyrgios let be possible.

6. Lleyton Hewitt defying age in the Tie Break Tens
Hewitt delighted his home crowd, showing how good he still is at 36, dominating Djokovic 10-6 to knock one of the favourites out in the first round.

Arguably receiving the hardest draw out of the eight players, he then forced a determined Rafael Nadal to go two points clear to take the semi-final 13-11.

Hewitt looked just as fit as both his opponents-a great sign going into his Grand Slam comeback, nearly two years after retirement, in the Open doubles a few days later. 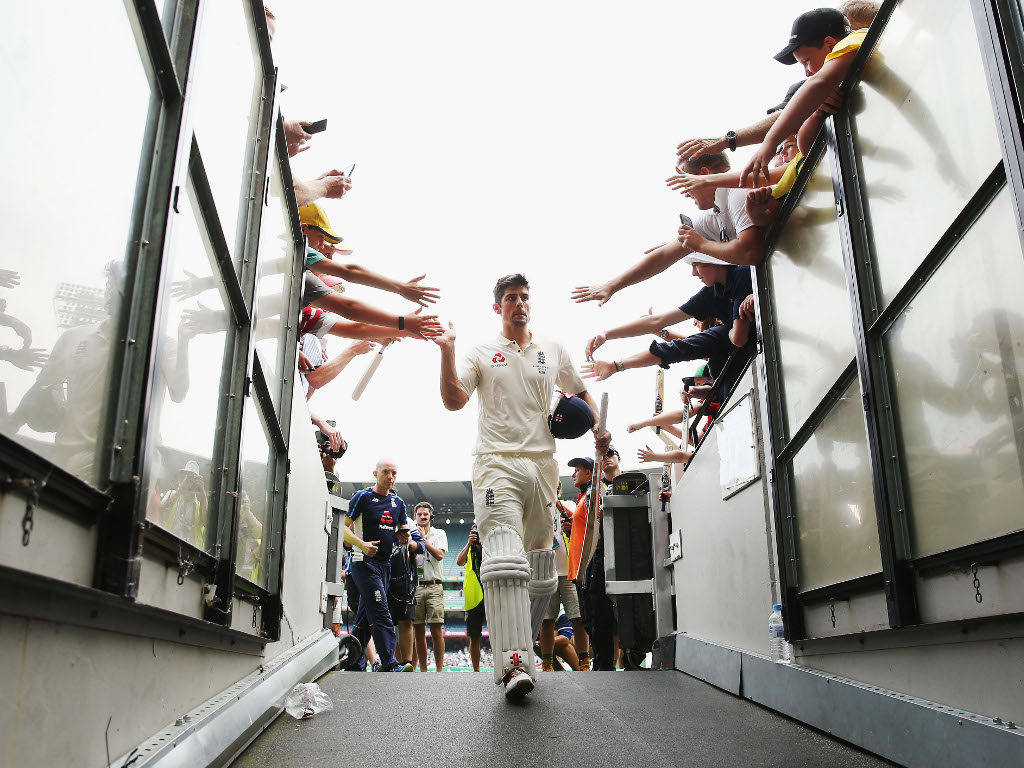 I run out of superlatives for this man.

Inconceivably widely criticised and put forward for the chop after a barren three Tests, England’s highest Test run scorer came back with a bang at the MCG. Having lost Root early on day two, Cook showed his successor exactly how to turn a start into a big hundred and a match-defining score, batting all day and bringing up his fifth Test double ton in the process.

4. Stuart Broad’s half-century
It might seem to be cheating to have 2/5 from the same session, but such a wonderful session this was from such a disappointing English series, it had to be done.

100 runs off 109 balls is probably the highest strike rate for a 100-run partnership Cook has ever been involved in in Test cricket?

To see Broad junior slaying Australia’s best bowlers (and Jackson Bird) to all parts was a brilliant sight to see, one even some Aussie fans would admit to enjoying.

3. ‘Tony’s in the army!’
Local policeman Tony had been positioned in the most vociferous Barmy Army section the entire Test match. With little trouble to deal with on the deadest of dead rubber days, the real sport and friendliest Aussie I have met was joining in the songs as if he were part of the Army.

The general decided to formally christen him and then, after five minutes of suspense-inducing wait, Tony re-emerged from the underground toilets with uniform swapped for a white Barmy Army shirt to the great delight of thousands of Englishmen and about 10 watching Aussies.

2. Captain Root’s arrival from his sickbed 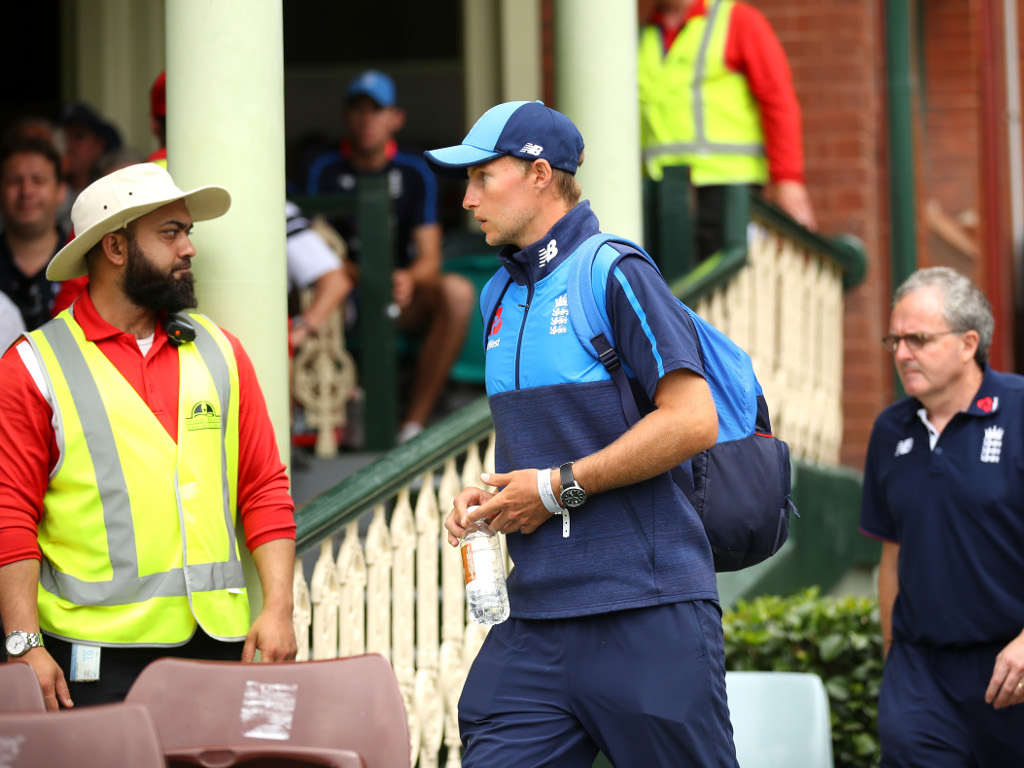 Just into the start of play on the final day when it was just dawning on me that it was the left-handed, bearded Moeen Ali batting with Jonny Bairstow in the middle when it should have been the vastly different-looking figure of the not out Root. Captain Joe gingerly stepped up the SCG pavilion steps, complete with a hospital band around his wrist to rejoin his men.

When Ali fell he received an even greater ovation during his painful looking waddle out to the middle, no toilet roll visible, determined to show the fight England desperately needed.

1. Playing stump cricket on Christmas Eve with the Barmy Army
Having not been aware of the concept to push my case for selection for the official Barmy Army v the Aussie fanatics t20 that afternoon (Billy Root was playing, but other than that it could have been a village fourth XI), I was determined to get my dose of playing time.

Fortunately, there were hundreds of like-minded other spectators setting up backyard cricket matches all over the Albert Park pitch late Christmas Eve after the Barmy Army’s victory to level their series at 2-2.

The kid with the plastic bat was whisked off to bed mid-innings, but that wasn’t to stop us Brits abroad, a stump was found and we carried on well into the night. Don’t worry, though, I still made it in time for Melbourne Cathedral’s Midnight Mass.