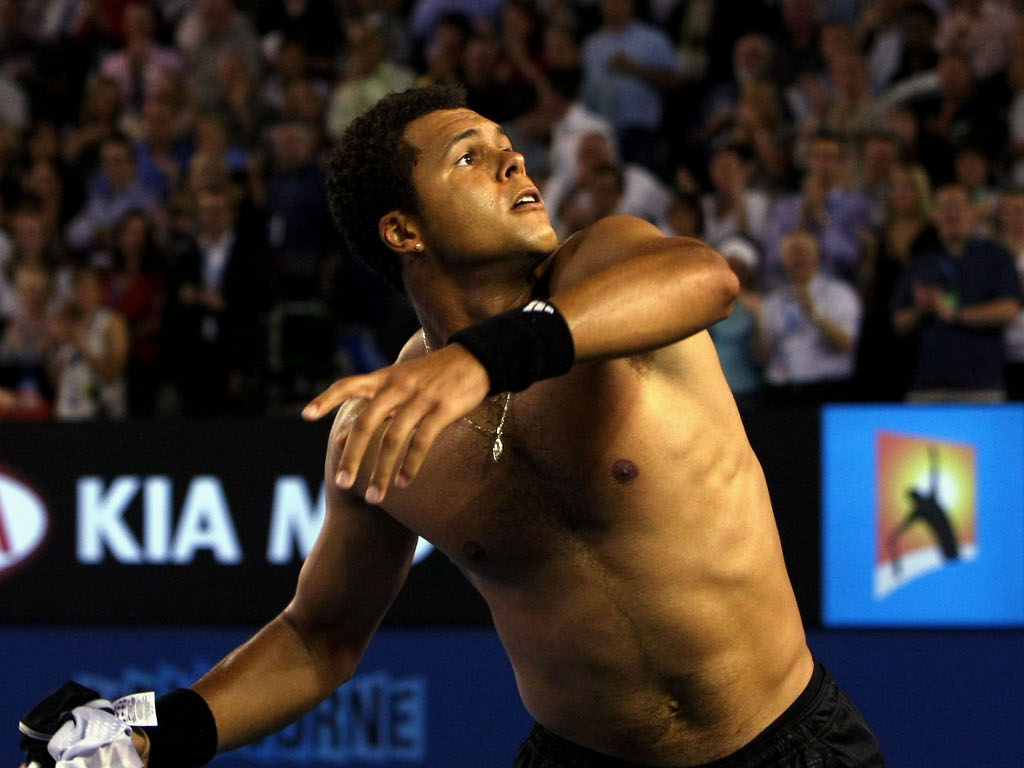 In light of the unseeded Hyeon Chung and Kyle Edmund’s heroics at the 2018 Australian Open, Tennis365 picks out the Top 10 unseeded semi-finalists at the hard-court Grand Slam.

10. Slobodan Zivojinovic – 1985
If you look at Zivojinovic’s playing career, not too many things spring out as he only won two ATP singles titles and both of them came after his magnificent run at the Australian Open in 1985

The 22-year-old was playing in his first Grand Slam Down Under yet he made it all the way to the semi-finals by sending quite a few seeded players packing.

He made it a hat-trick of American scalps as he beat ninth seed Scott Davis, Mike de Palmer and Tim Mayotte in his first few games.

Yes, you guessed right, he faced yet another American in the quarter-finals, but this one was one named John McEnroe. He who had seven Grand Slam titles to his name.

Zivojinovic, though, held his nerve as he came back to win 2-6, 6-3, 1-6, 6-4, 6-0 and set up a semi-final encounter against two-time defending champion Mats Wilander, who ended his journey with a three-set win.

9. Aaron Krickstein – 1995
You are probably wondering Aaron who? The American won nine singles titles and was a 1989 US Open finalist, but not many expected him to progress far in the tournament.

His first big test was Wayne Ferreira in the second round as the 11th seed was a former semi-finalist, but he passed with flying colours as he won in four sets. After beating Petr Korda in three sets, two-time Australian Open winner Stefan Edberg was his fourth-round opponent.

He had a much easier quarter-final against the unseeded Jacco Eltingh as he won in four sets, but he bowed out in the semi-finals after retiring while being down 6-4, 6-4, 3-0 against eventual winner Andre Agassi. 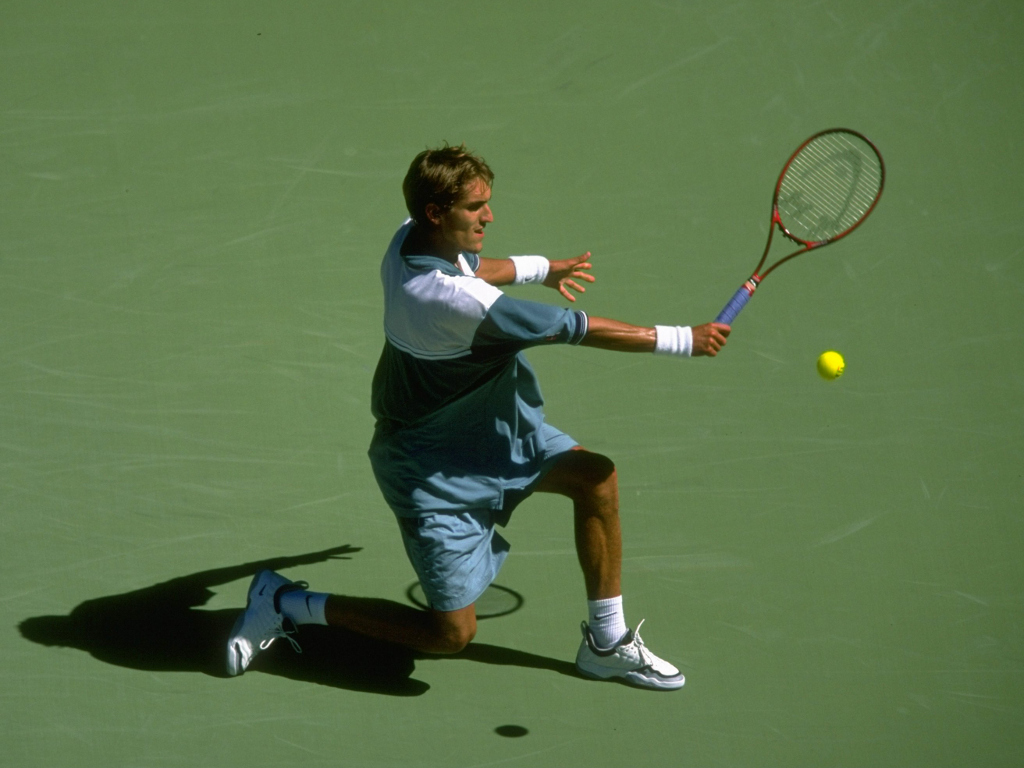 Nicolas Escude, brother of retired France and Sevilla centre-back Julien, never made it past the third round of a Grand Slam up until the 1998 Australian Open. In fact, he hadn’t even appeared in a major ATP Tour singles final at that stage of his career.

He had a tough start to the tournament, coming from two sets down to beat Magnus Larsson 5-7, 4-6, 7-5, 6-1, 10-8 in nearly three and a half hours. If he thought it would get easier after that, then he was wrong as 1997 French Open champion Gustavo Kuerten was his second-round opponent, but the Frenchman saw him off in four sets.

Victories over Richey Reneberg and Todd Woodbridge meant he was into his first quarter-final where he beat Nicolas Kiefer in five sets.

His fairytale run came to an end in the semi-finals when he lost in straight sets against Chilean Marcelo Rios.

7. Patrick McEnroe – 1991
Let’s be brutally honest, Patrick McEnroe is better known as John McEnroe’s youngest brother and a doubles specialist as he won only one ATP Tour singles title. He reached the second week of a Grand Slam only twice in his career and one of it was at the 1991 Australian Open.

After beating Swede Thomas Hogstedt and Australian Johan Anderson, he faced 12th seed Jay Berger in the third round and he upset his compatriot to reach the quarter-finals of a major for the first time in his career.

6. Karol Kucera – 1998
Coming into the 1998 Australian Open, Karol Kucera had never reached the second week of a Grand Slam. However, he found himself in the semi-final after pulling off the upsets of all upsets.

With 10th seed Sergi Bruguera retiring midway through their first-round clash, the man from Slovakia saw off a couple of journeymen in Czech Daniel Vacek, Canadian Daniel Nestor and Australian Richard Fromberg.

“He played the match of his life,” Sampras told The Washington Post. “I just ran into a hot player. It must be easy to play me because these guys have nothing to lose, just swing away. And he played great. I give him all the credit in the world.”

5. Wayne Ferreira – 2003
The South African was hardly an unknown quantity on the ATP Tour, but at the age of 31 he was no spring chicken.

His first upset came in first round when he beat the 26th seed Tommy Robredo before taking out Switzerland’s Michel Kratochvil to book a third-round clash with Mardy Fish. The American was cruising after winning the opening two sets, but Ferreira stormed back to take the next three.

Sargis Sargsian from Armenia was beaten in four sets in the fourth round, but many believed his run would come to an end in the quarter-finals as he was up against Juan Carlos Ferrero.

He had to come back from a break down in the first two sets, but then won the tie-breakers and by the third set the fourth-seed from Spain had “mentally and physically thrown in the towel” to give him a 7-6, 7-6, 6-1 victory. 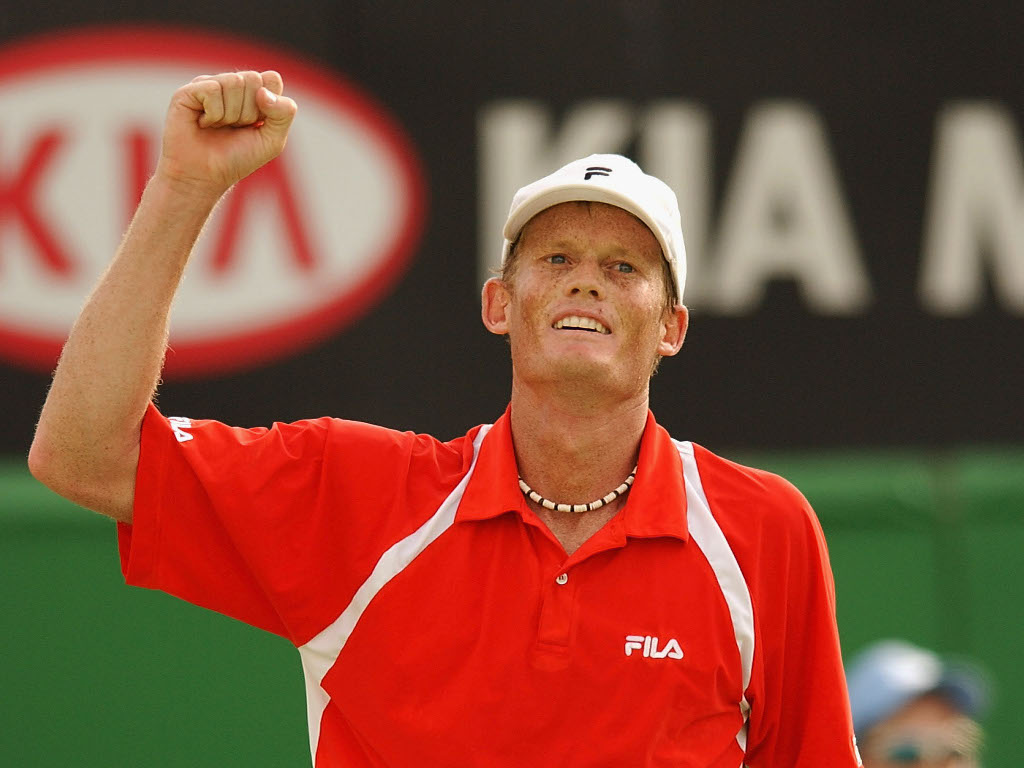 Andre Agassi was his semi-final opponent, but the second seed and eventual winner was too strong as he won in three sets.

4. Thomas Enqvist – 1999
The 1999 Australian Open was the year of the upset as there were three unseeded semi-finalists in Thomas Enqvist, Tommy Haas and Nicolas Lapentti. Haas, though, didn’t beat a single seed during his run to the last four while Enqvist and Lapentti had much tougher campaigns.

After two three-set wins over Jan-Michael Gambill and Byron Black, few people gave Enqvist a chance of going far as he faced third seed Pat Rafter in the third round. However, the Swede won 6-4, 4-6, 6-4, 6-4.

Enqvist had too much in his locker for the man from Ecuador, who was running out of steam after his long match against Kucera, and booked a final date with Yevgeny Kafelnikov, but unfortunately he came up short in four sets.

3. Jo-Wilfried Tsonga – 2008
Ranked No 38 at the start of the tournament, the Frenchman was an up and coming youngster with a lot of promise. At the start of 2008 he hadn’t even reached an ATP Tour singles final, but it all suddenly clicked as the “Tsonga Tsunami” hit the Australian Open.

“It’s ridiculous for sure. Everything was perfect,” he said of his heroics.

First he beat ninth seed Andy Murray in the first round, then eighth seed and compatriot Richard Gasquet in the fourth round before stunning Mikhail Youzhny, the No 14 seed, in the quarter-finals.

Second seed Rafael Nadal was his opponent in the semi-finals and, you guessed, he again produced ridiculous tennis to send the Spaniard packing. His run came to an end in the final where he was beaten in four sets by Novak Djokovic.

2. Carlos Moya – 1997
Just a year after making his Grand Slam debut, Spaniard Moya found himself in the semi-finals of the Australian Open.

The 20-year-old could not have asked for a tougher start as he was paired with defending champion Boris Becker in the first round.

Moya, though, came through a five setter before seeing off Patrick McEnroe in four sets and Bernd Karbacher in three. He required another five sets to beat Jonas Bjorkman and then had a straightforward victory over compatriot and 14th seed Felix Mantilla to reach the semi-finals.

Second seed Michael Chang was his opponent in the last four, but the young Moya played well beyond his years as he won 7-5, 6-2, 7-4 to reach his first final where he lost against top seed Pete Sampras.

1. Marcos Baghdatis – 2006
Everyone’s favourite Cypriot, well probably the only Cypriot most tennis fans know, was playing in only his second Australian Open as a professional in 2006, but he pulled off surprise after surprise.

American Justin Gimelstob was beaten in straight sets in the opening round and then “marathon man” took over as he beat Radek Stepanek in five sets before setting up a fourth-round encounter against Andy Roddick with a straight sets win over Germany’s Denis Gremelmayr.

The second-seeded American was dispatched in four sets and veteran Ivan Ljubicic awaited him in the quarter-final, but the seventh seed was downed in a three-hour five-setter as he set up a semi-final clash against David Nalbandian. 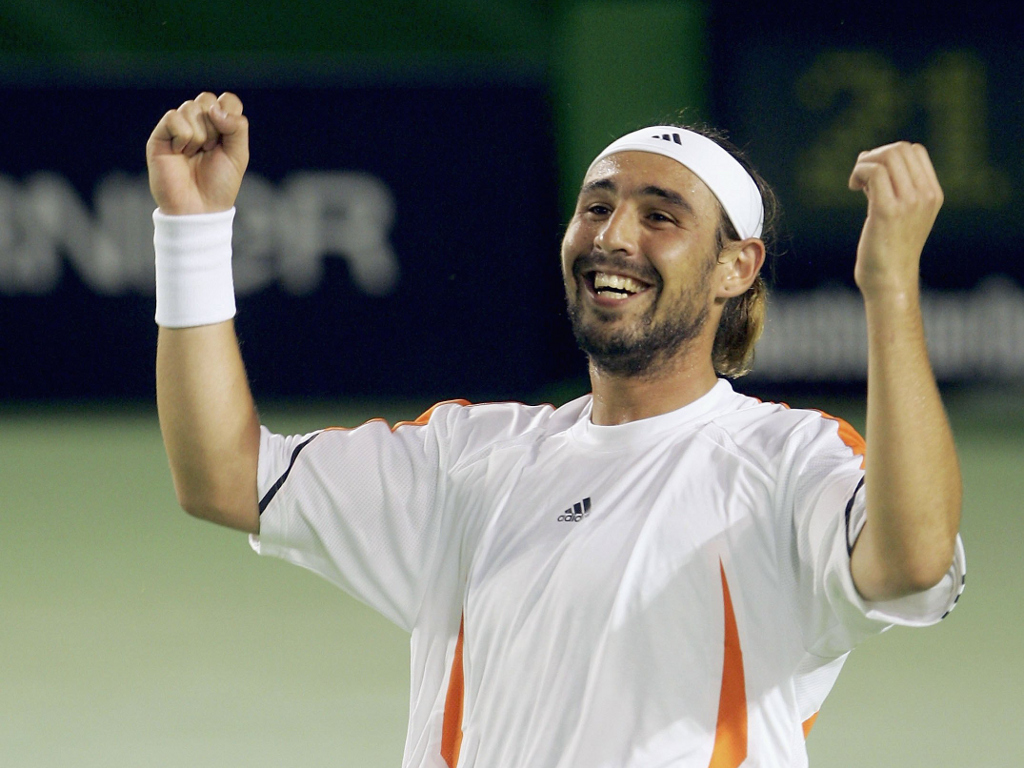 The two slugged it out for three hours and 17 minutes and the 20-year-old Baghdatis came back from the dead as he came from two sets down to win 3-6, 5-7, 6-3, 6-4, 6-4. He faced top seed Roger Federer in the final and actually won the opening set, but the Swiss maestro went on to win the title.