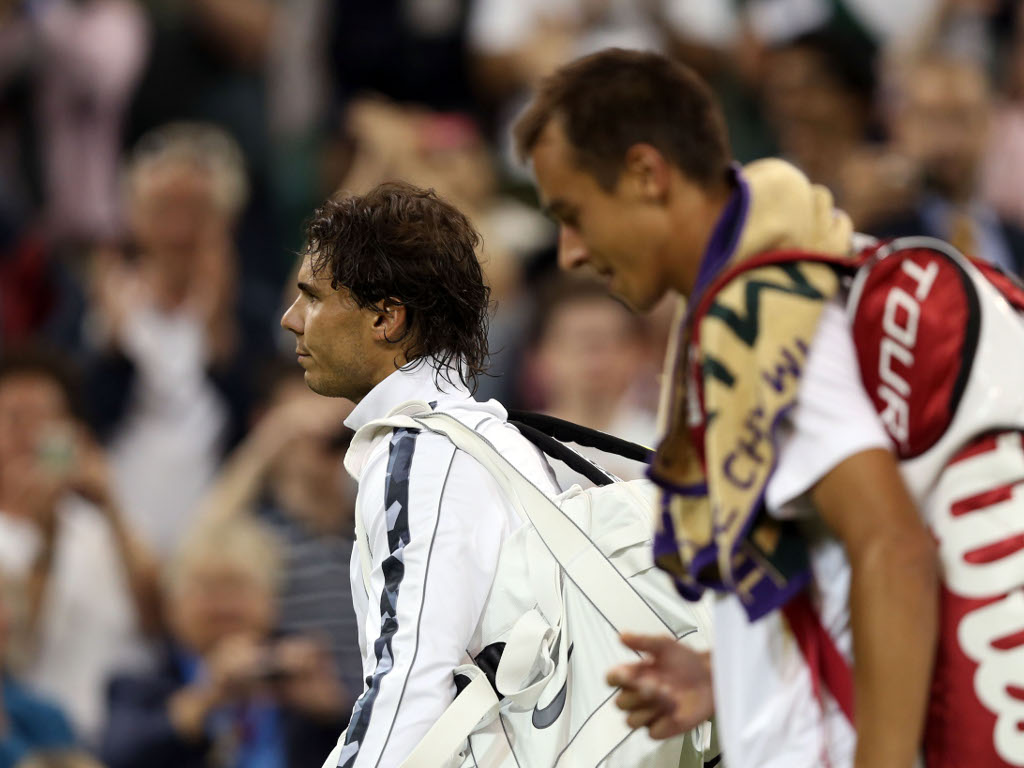 Wimbledon has always provided surprise upsets with defending champions and former winners exiting the tournament in the early rounds to lower-ranked opponents.

Jordan Rushworth takes a look at 10 of the biggest and most surprising Wimbledon upsets. 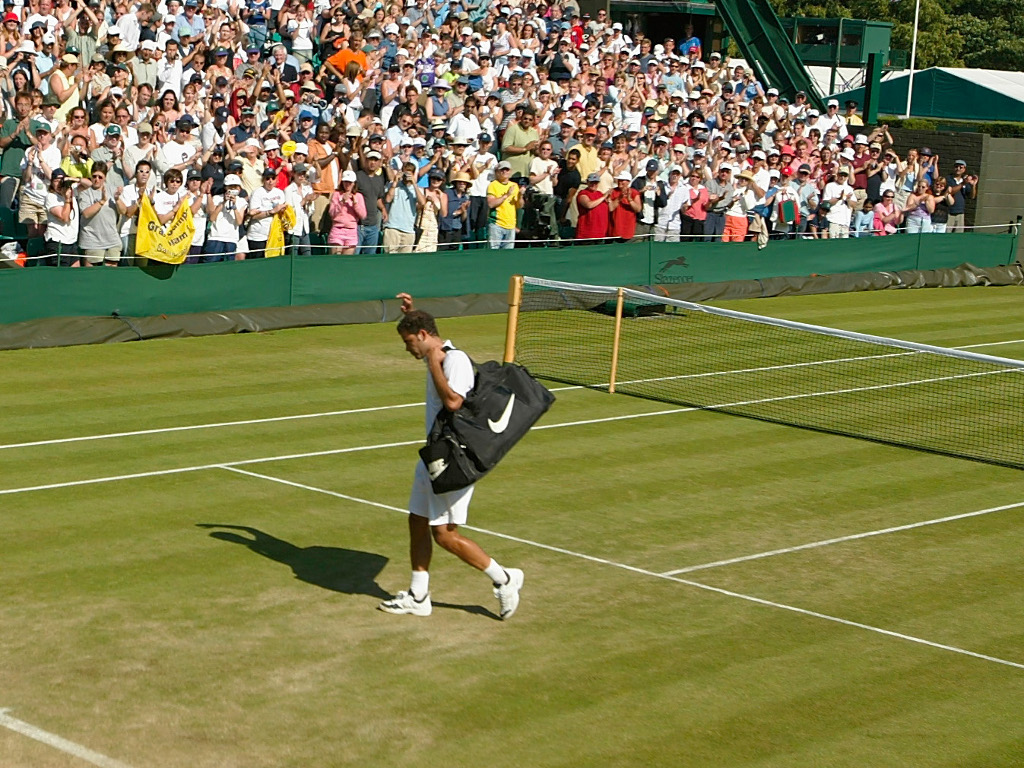 Although Sampras was not at his brilliant best in the final year of his career on the professional tour, it was still a major shock to see him exit Wimbledon to a player ranked No 145 in the world.

Bastl made a commanding start to the match, winning the opening two sets 6-3, 6-2, before Sampras levelled the game at 6-3, 6-2, 4-6, 3-6. It looked like Sampras would avoid the upset, but Bastl managed to win the final set 6-4 to knock Sampras out in the second round.

However, Sampras did recover from the upset, going on to win the US Open two months later, which proved to be the final Grand Slam of his career.

9. Paradorn Srichaphan upsetting Andre Agassi in 2002
Like Sampras, Agassi was coming towards the end of his career when he fell victim to Srichaphan in the second round. However, it was still a huge upset as Agassi was enjoying a bit of a career revival, having won the Australian Open in 2001, heading into the tournament.

The unseeded Srichaphan, who had never been past the second at a Grand Slam, won 6-4, 7-6, 6-2 and comprehensively outplayed the American.

Andre Agassi went on to win one more Grand Slam at the Australian Open in 2003, before eventually retiring in 2006.

Sharapova’s surprise loss, coupled with Victoria Azarenka’s withdrawal through a knee injury, meant that for the first time in the Open era, two of the top three women’s seeds were out after the second round.

Larcher de Brito, ranked No 131 in the world, beat Sharapova in straight sets 6-3, 6-4, and despite the Russian appearing to be affected by the conditions of the court, de Brito’s performance was good enough to see her deserve the shock victory.

The exits of both Sharapova and Azarenka, was expected to open the door for defending champion and top seed Serena Williams – but she lost in the fourth round to Sabine Liscki, who Marion Bartoli beat in the final to win the title.

7. Ivo Karlovic beating top seed Lleyton Hewitt in 2003
This was one of the great Wimbledon upsets as Hewitt became only the second defending champion to exit Wimbledon at the first round of the tournament.

Karlovic, an unseeded qualifier ranked 203 in the world, standing at 6ft 10in, produced a gigantic display to beat Hewitt 1-6, 7-6, 6-3, 6-4, showing great composure in his first-ever match in the main draw of a Grand Slam.

A year on from his second-round exit to Lukas Rosol, more to come from that match later, Nadal was expected to perform much better, coming into the tournament in good form. However, the Spaniard was knocked out in the first round of a Grand Slam for the first time.

Darcis, ranked No 135 in the world, was inspired as he won 7-6, 7-6, 6-4, with Nadal, fresh from winning his eighth French Open a few weeks earlier, struggling to adjust from clay to grass.

Nadal has failed to get past the fourth round in London since, as he looks to add to his two Wimbledon titles. 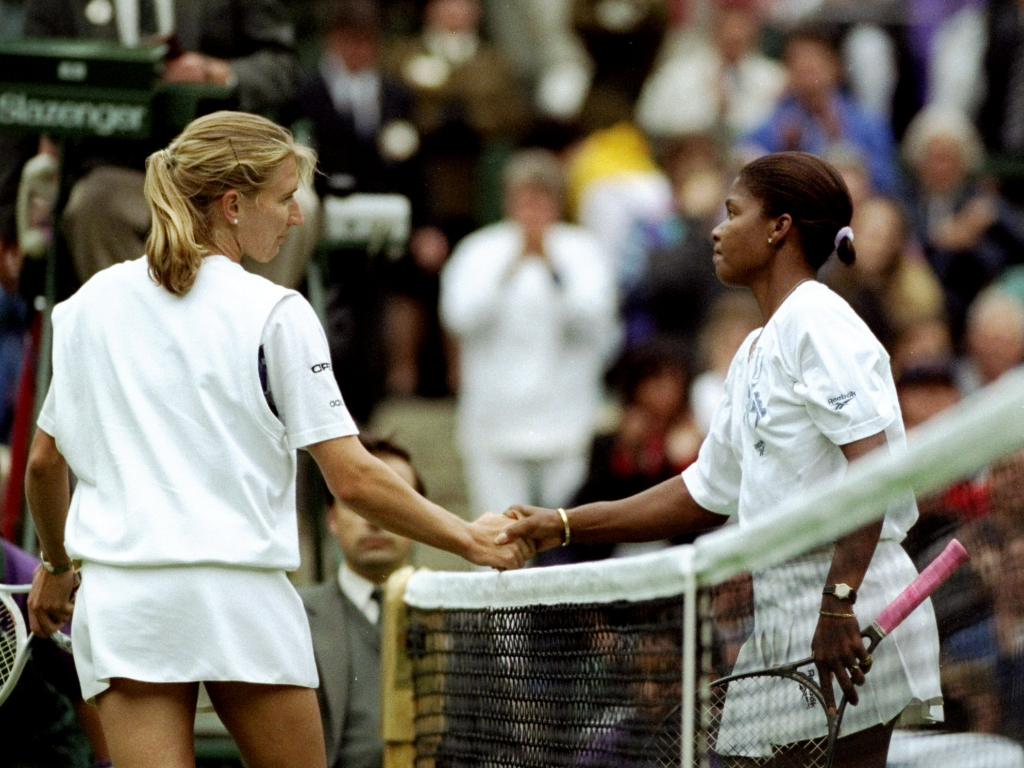 Graf won Wimbledon an astonishing seven times from 1987 to 1996, and had not lost before the quarter-finals at a Grand Slam since 1985. However, she was humbled by the world No 22, losing 7-5, 7-6, after McNeil produced an excellent display at the net to take control of the match.

Steffi Graf won the following two Wimbledon titles, and reached the final for the last time in 1999, before she retired from the professional tour. 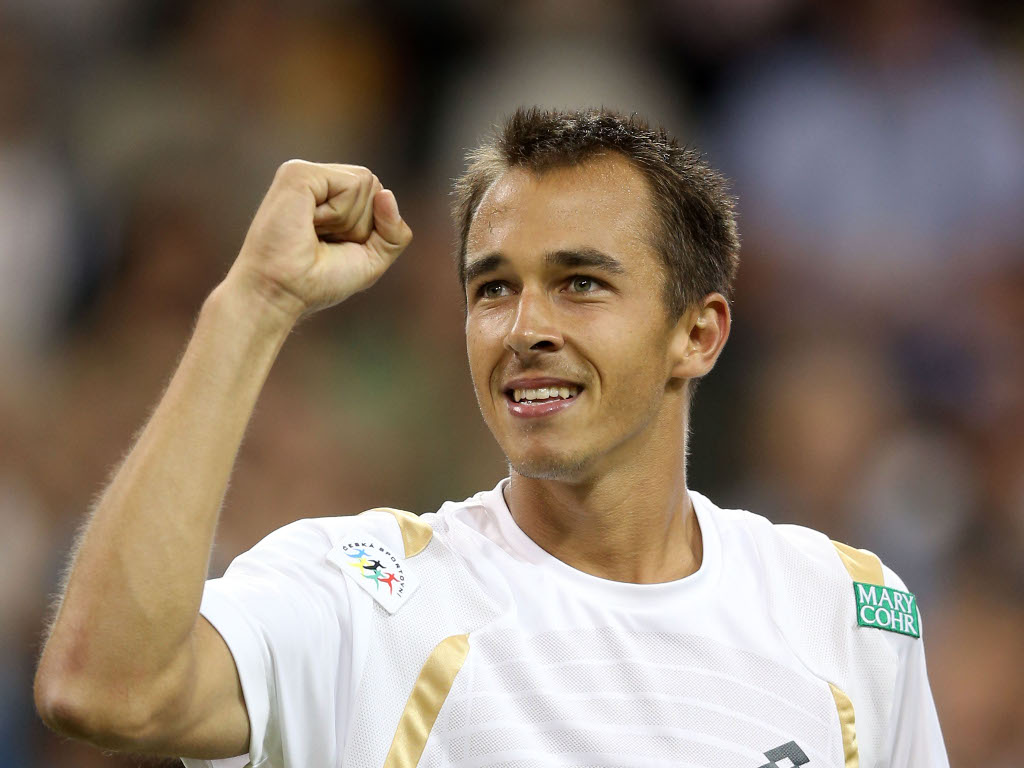 It was therefore a huge shock to see him exit the tournament in the second round, especially to a player ranked world No 100 and making his Wimbledon debut. Rosol won the thrilling five-set encounter 6-7, 6-4, 6-4, 2-6, 6-4.

3. Peter Doohan defeating Boris Becker in 1987
This was one of the biggest upsets of 1980s, and in Wimbledon history. Becker had dominated the tournament, featuring in all but one final between 1985 and 1991, winning three titles in that period.

The only time he failed to reach the final in those six years was because of his defeat to Doohan. The Australian, ranked world No 70, played the best tennis of his career, winning 7-6, 4-6, 6-2, 6-4 and thoroughly deserved the most high-profile victory in his career.

Becker won Wimbledon for the final time two years later in 1989, after losing to Stefan Edberg in the final in 1988.

This upset could easily have been placed at No 1 on this list of Wimbledon upsets. Hingis was ranked No 1 in the world, but was astonishingly beaten, comfortably, by a qualifier ranked world No 129 in the first round.

The defeat meant that for only the third time in Wimbledon history, the No 1 seed had lost in the first round. Dokic, aged just 16, blew Hingis away, winning 6-2, 6-0 in under an hour, playing some superb shots which forced Higinis onto the back foot.

The greatest Wimbledon upset came in 2013. Federer had remarkably reached at least the quarter-finals at 36 Grand Slams in a row. Nobody expected this run to come to an end, especially not at the hands of an unseeded player, ranked world No 116, in the second round.

However, that is what happened, as Stakhovsky overwhelmed Federer, with his aggression at the net and his almost relentless serve accuracy. The Ukrainian won 6-7, 7-6, 7-5, 7-6, meaning Federer exited a tournament before the third round for the first time since 2003.

Federer has, of course, gone onto reach three of the last four Wimbledon finals, winning his eighth Wimbledon title in 2017.