Top 10: Biggest tennis stadiums in the world by capacity 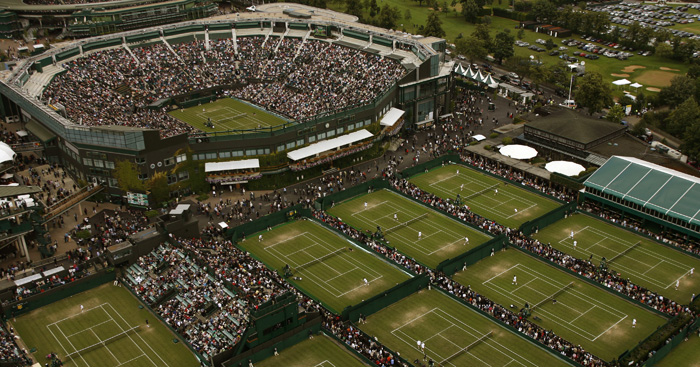 Everyone knows the most iconic tennis stadiums in the world, but how many of the biggest do you know? 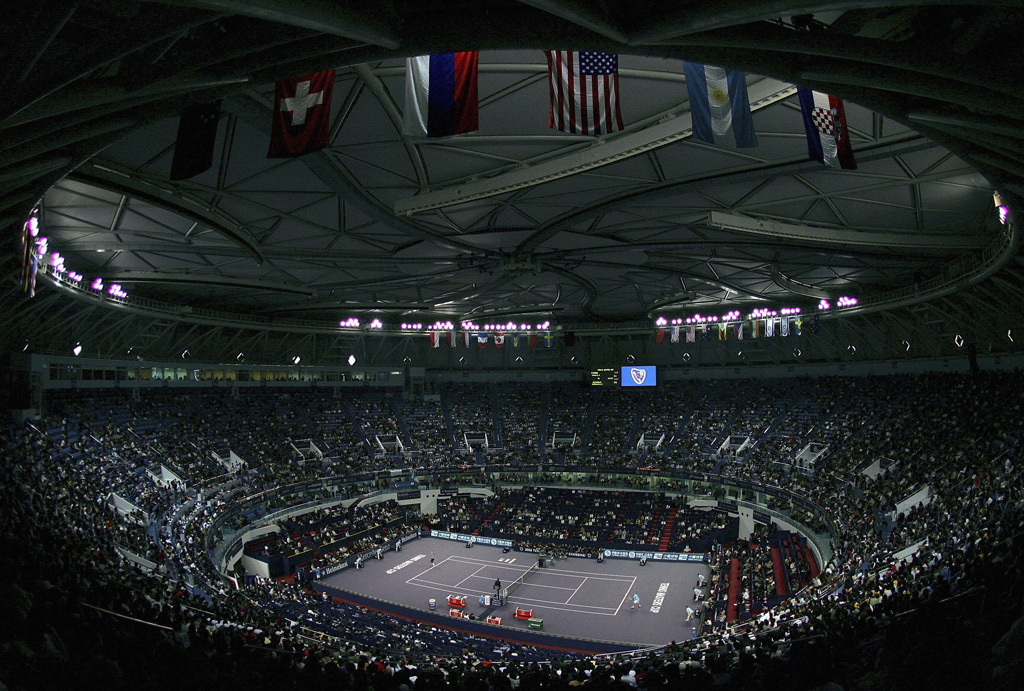 Perhaps the most visually striking and futuristic venue on the list, the Qizhong Forest Sports City Arena in Shanghai is a truly special venue.

With its unique spiral-motion retractable roof that takes eight minutes to poen or close, it has hosted the ATP World Tour Masters 1000 since 2009.

Given the impressiveness of it, the actual capacity actually comes as something of a surprise. 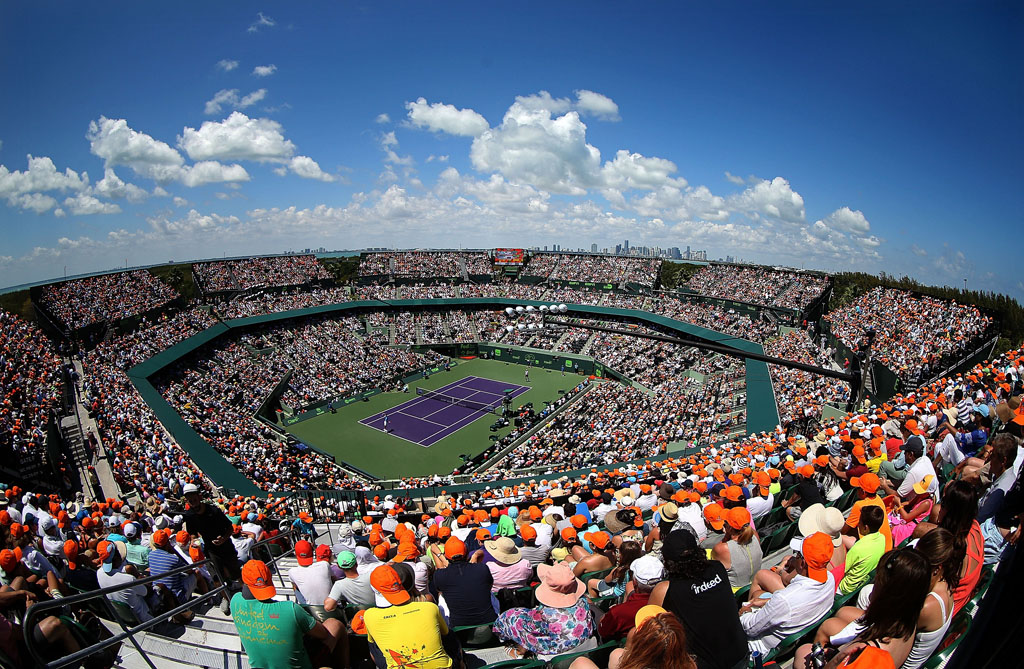 To look at the Stadium Court at the Crandon Park Tennis Center, you’d probably be surprised to see it just barely breaking into our top ten.

The modern home of the Miami Open is an imposing venue that looks significantly bigger than its 13,800 capacity.

Opened in Florida in 1994 at a cost of $21million, it’s looking better today than ever before. 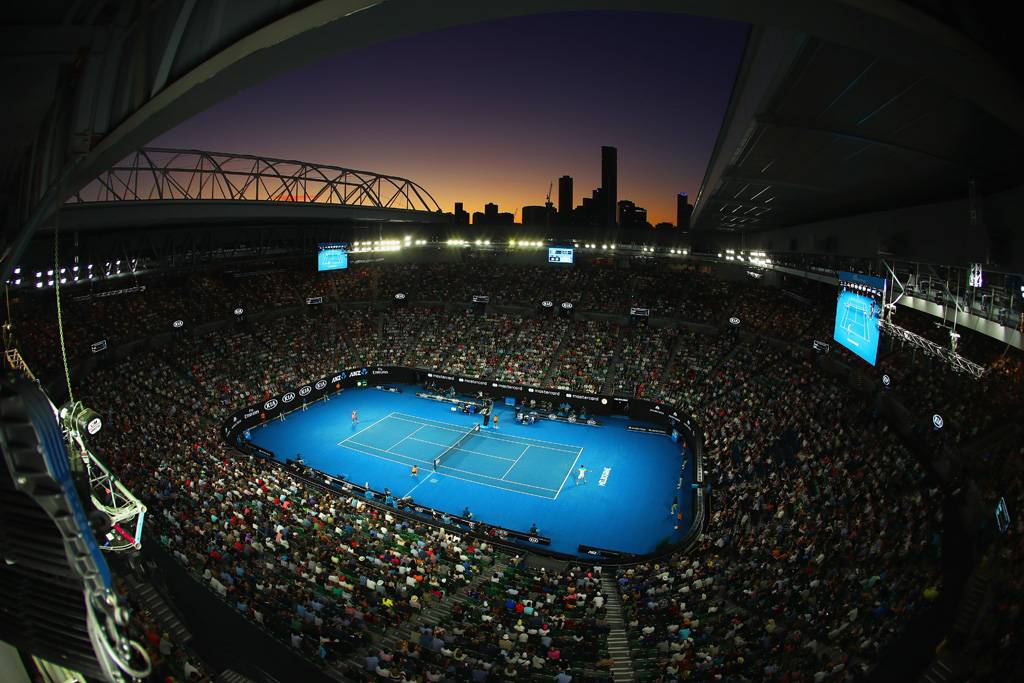 Rod Laver Arena at Melbourne Park is a venue very familiar to tennis fans due to the Australian Open.

Opened in 1988 but renovated in 1995, its most high-profile feature is probably the retractable roof that always seems to attract controversy somehow during the Australian Open.

The designers opted for a ‘pack ’em in’ approach over the sweeping sun-kissed majesty style than can often be found in sunnier parts of the world, but the atmosphere benefits greatly. 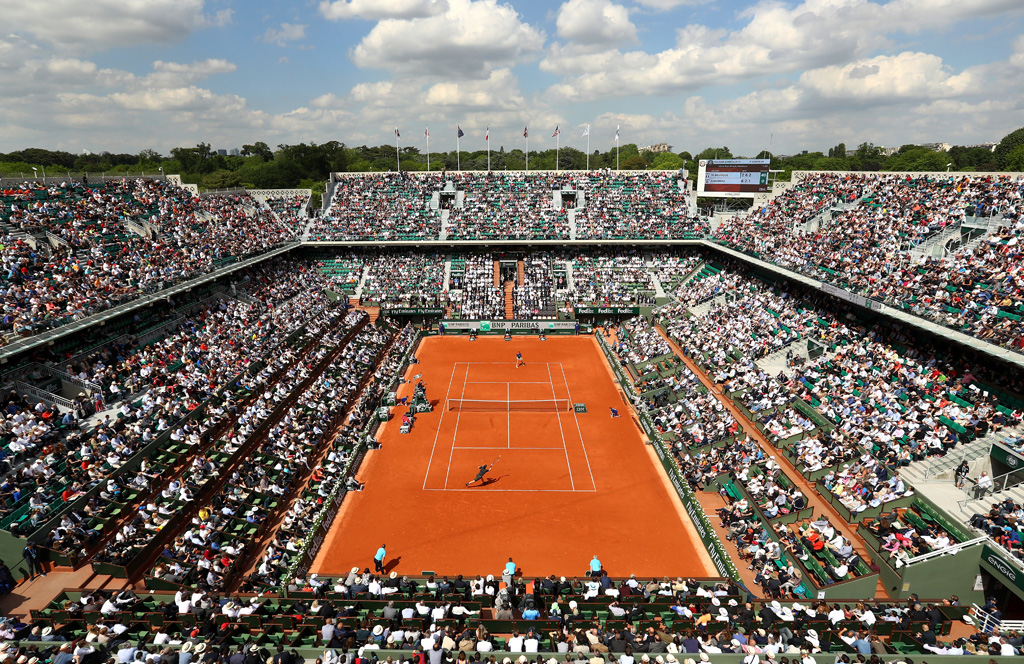 You could definitely describe the Court Philippe-Chatrier as ‘no frills’, but that hasn’t stopped it from becoming one of the best-known tennis venues on the planet.

Square and straight, almost blocky, in design, the exposure to the elements can play havoc with the schedule should the Parisien weather take a wetter turn.

However, the Court Philippe-Chatrier is what it is, and we love it. 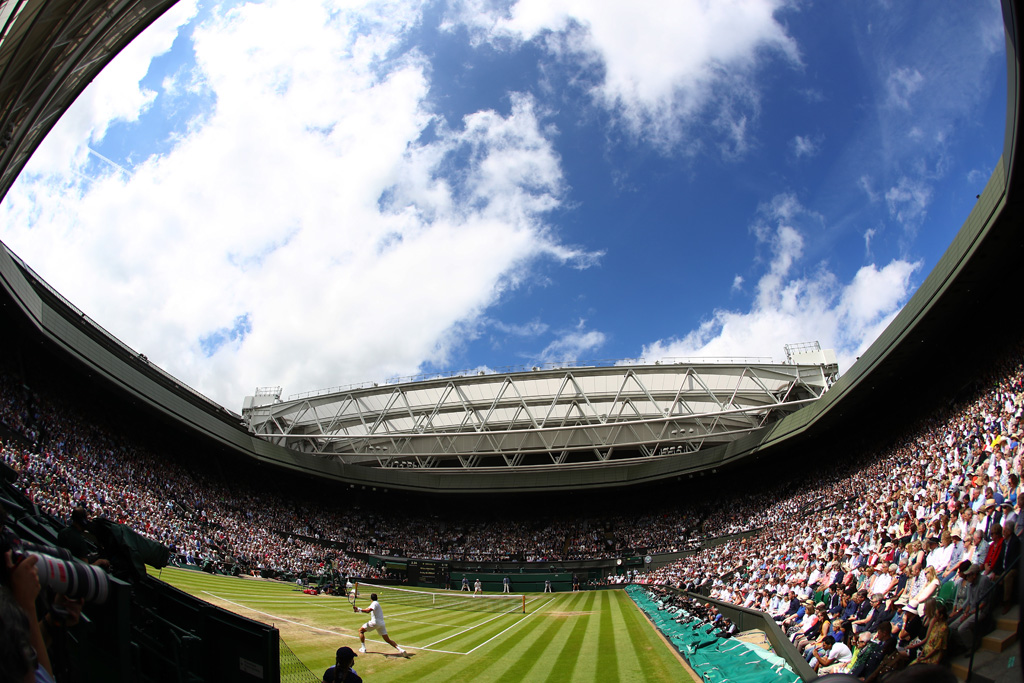 Although Centre Court is probably the most famous and most iconic tennis court in the world, it’s actually very difficult to capture its majesty in photographs due to its roof’s shadow plunging much of it into darkness.

Its long history goes all the way back to 1922, and it has been in an almost constant state of development since.

The last major addition to it was the installation of a retractable roof in 2009, but the atmosphere it develops is arguably second to nothing in tennis. 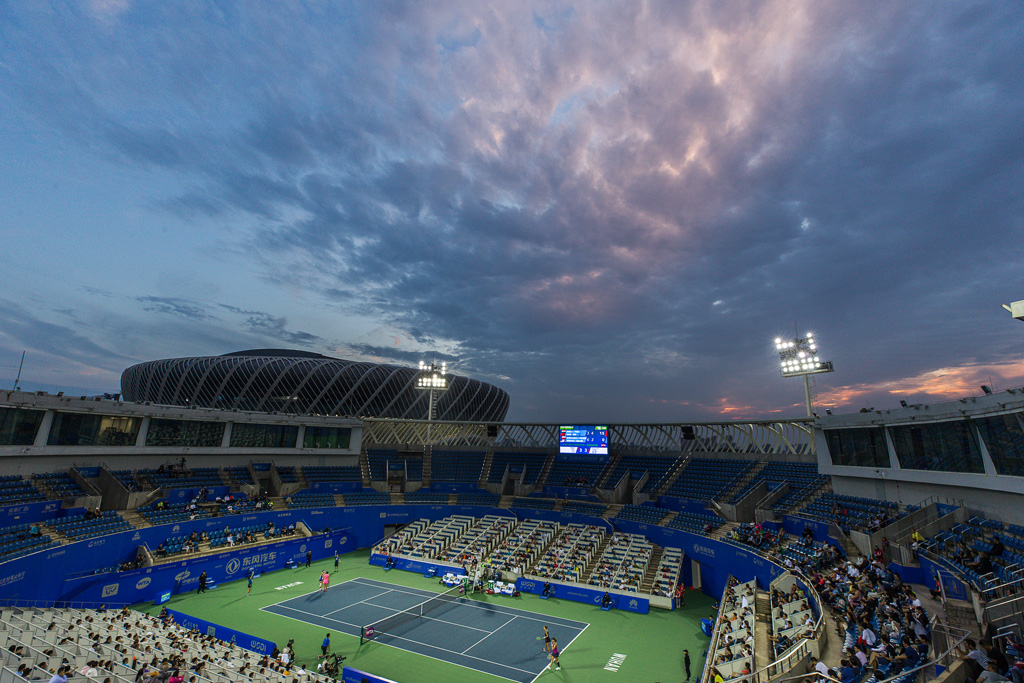 The venue for the Wuhan Open on the WTA tour is, visually at least, one of the more underwhelming on this list.

The Tennis Centre itself is an impressive facility, boasting a further seven courts spread out over an area of 103,400 square metres.

However, we can’t help but feel like the Chinese designers could have done a little bit more here. 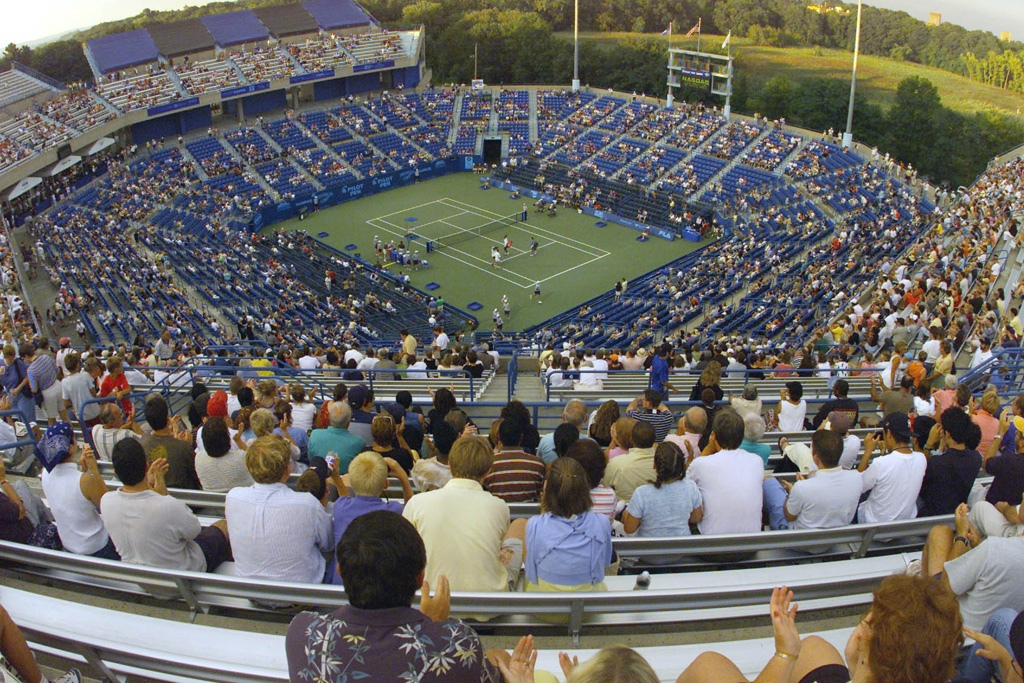 Built in 1991, it hosts the Connecticut Open on the WTA Tour.

That’s perhaps surprising given it is the third biggest tennis venue in the United States of America, though its long swept tiers don’t look like they offer the best fan experience. 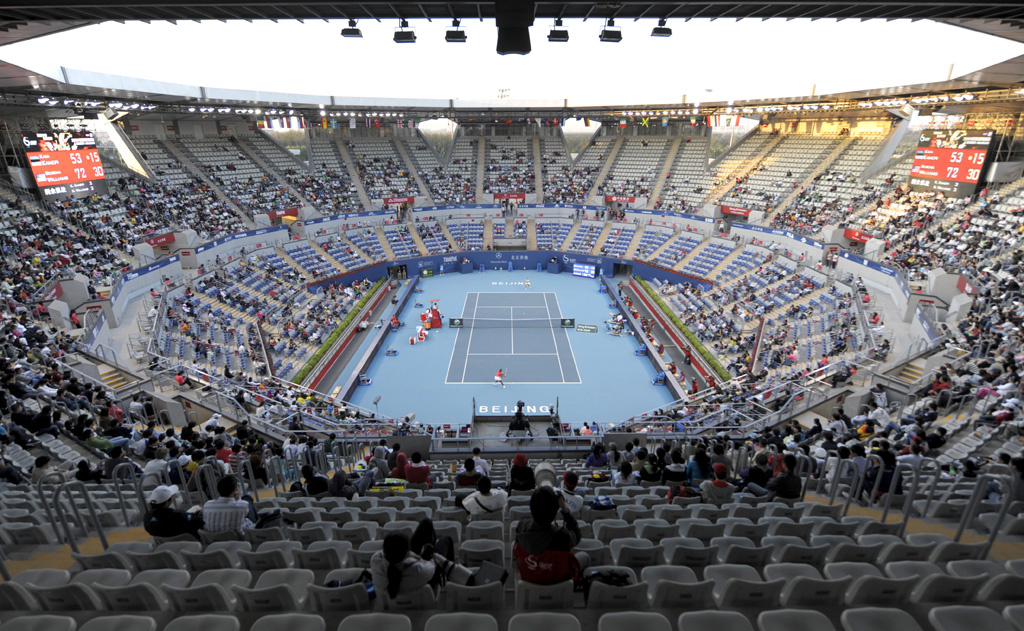 Constructed for the Olympic Games in 2008, the Diamond Court at Beijing’s National Tennis Centre is another with a capacity of 15,000.

It’s also now the venue for the annual China Open. 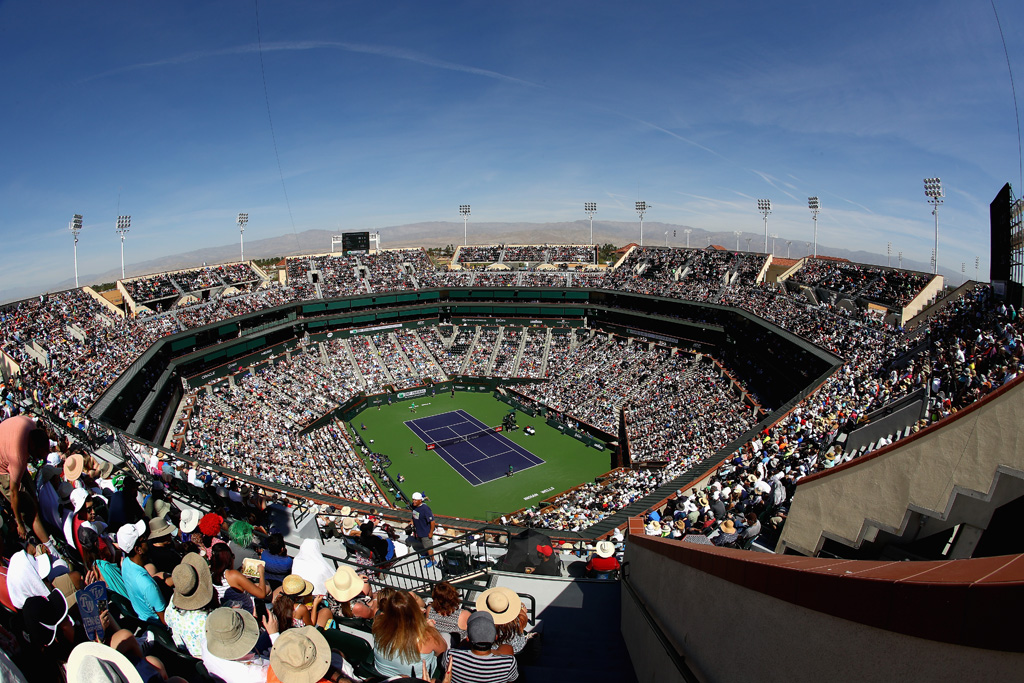 There is no doubt about it: Indian Wells Tennis Garden is a deeply impressive place.

It’s a Grand Slam quality venue without a Grand Slam, but it’s become one of the major and most highly-anticipated spots on both ATP and WTP tours. 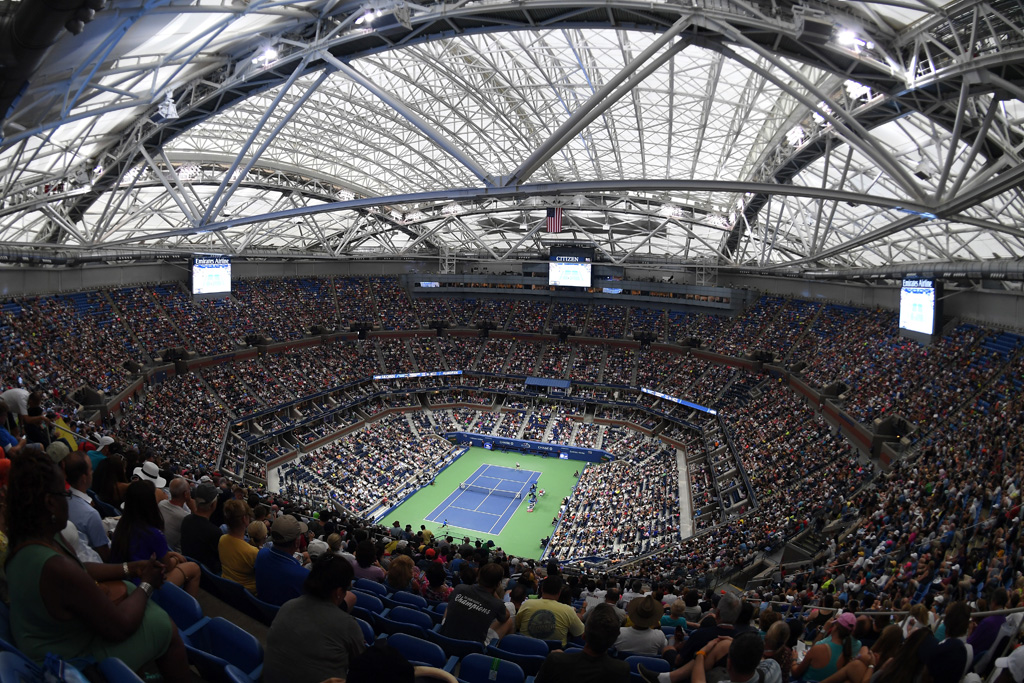 Located within the Flushing Meadows complex, it absolutely dwarfs its rivals in terms of capacity. It’s an imposing and impressive stadium that seems to absolutely tower over the competitors on the court.

Although originally not having a retractable roof, one was installed in 2016 after years of the tournament schedulers finding themselves at the mercy of the elements.