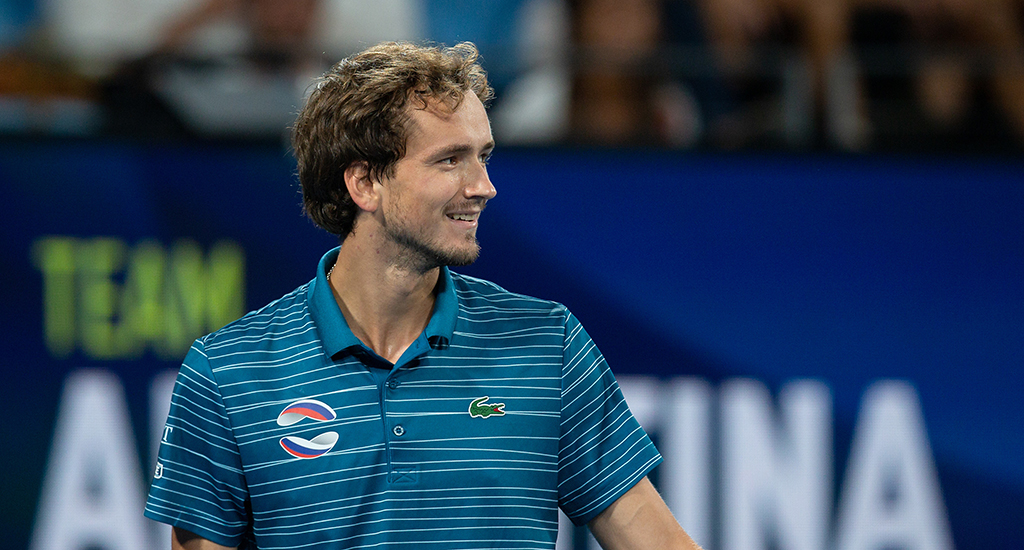 Daniil Medvedev was unapologetic after he twice hit the umpire’s chair with his racket during a row at the ATP Cup.

Medvedev was representing Russia against Diego Shwartzman, and lost his cool midway through the second set leading the flashpoint.

He went on to win the match, though, and was in no mood for apologies afterwards.

Medvedev explained that it was simple fatigue that was behind his loss of control, but also reserved some credit for his opponent.

If *this* is not an instant default, then what exactly does it take to get defaulted?

“To be honest, I felt like shit,” he said, stating that he had only had five hours’ sleep the night before the match.

“It was tough … at a few points in the match, I thought, OK I cannot do anything I am so tired physically, Diego was playing amazing. I knew I just had to continue to try to fight.”

One good piece of news for Medvedev is that his ATP Cup performances have secured him the fourth seeding at the upcoming Australian Open.