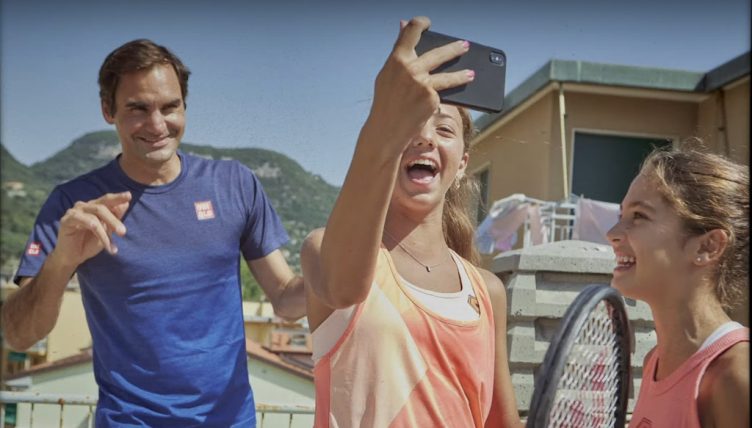 The two Italian youngsters who went viral earlier this year after playing rooftop tennis got the surprise of a lifetime as Roger Federer paid them a visit.

Vittoria Oliveri and Carola Pessina hit the headlines in April after they were filmed playing “socially distance” tennis on the top of a roof in Liguria, Italy.

Three months later and they are back in the news after 20-time Grand Slam winner Federer surprised them before playing a match of rooftop tennis with them.

Of course it ended with a pasta meal as it was all part of an initiative/advertisement from pasta maker Barilla, who is one of Federer’s sponsors.