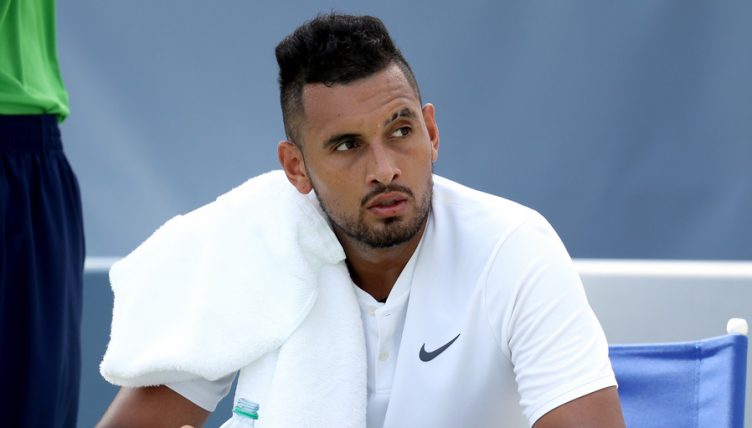 Love him or hate him, the Australian is always entertaining on the ATP Tour, and the crowd certainly got their money’s worth during his Cincinnati Master match against Borna Coric.

It was all going splendidly for the 23-year old as he took the first set, but he lost his focus entirely in the second following a contested line-call that went against him.

“He can screw up a number of times, and nothing happens to him,” he said on-court of the umpire, “it’s continual and it’s every time I play with him, and no-one in the locker room likes him. So why is he here?”

Kyrgios then openly threatened to “tank” in protest at the decision before duly losing the second set 6-0.

Just another day in the life of Nick Kyrgios!