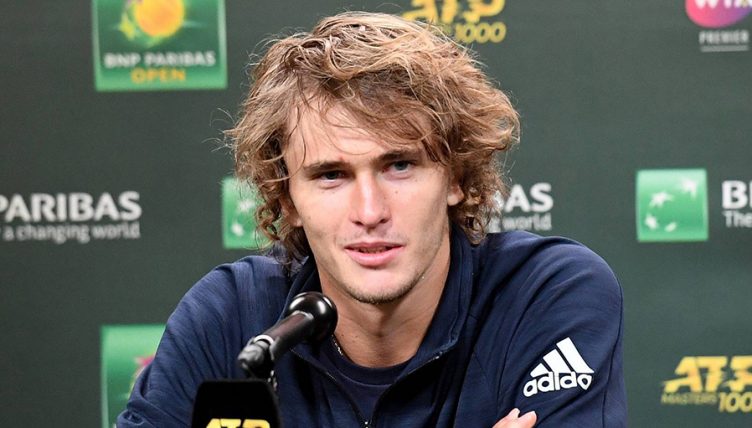 Alexander Zverev cut a frustrated figure on court on Tuesday after being taken all the way by a typically dogged John Millman, but a familiar voice seemed to sooth his mood afterwards.

Last year, a journalist with dulcet Yorkshire tones made a serious impression on Zverev, who insisted he was allowed the first questions in his press conferences just so he could hear his accent.

And, when the journalist emerged again after his match, Zverev’s on-court angst, which included a good old-fashioned racket-smashing, just seemed to melt away beneath the rekindled bromance.

Zverev probably needed to hear him too, after admitting he has had a very tough few months.

“It’s been a few not easy weeks, easy months for me, personally as well,” The German, who sank to his knees on court for a moment of reflection after the match, said.