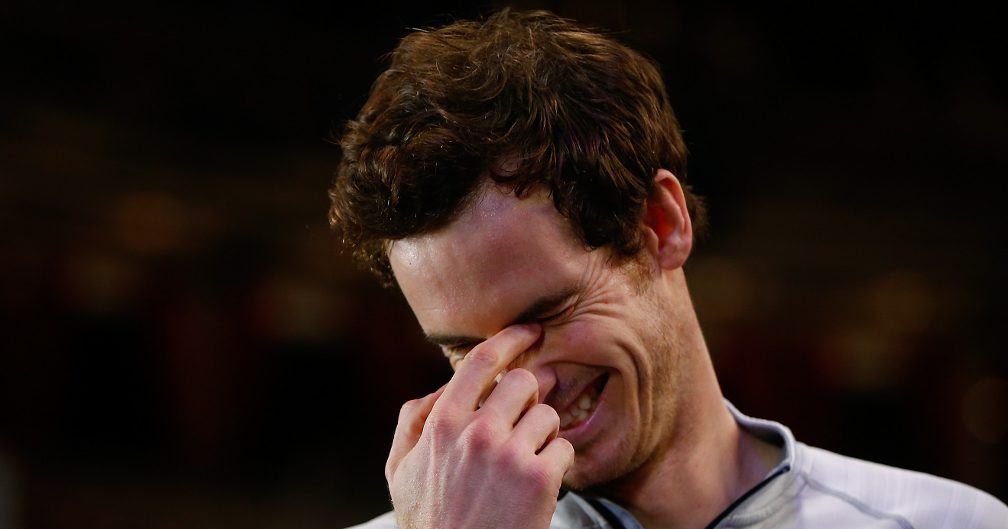 Andy Murray is not especially well-known for being up for a laugh, but he’s shown just how good a sport he is.

In aid of Sports Relief, a charity that raises money for disadvantaged children through sport, he welcomed former Spice Girl Geri Horner (previously Geri Halliwell) into his bedroom in the middle of the night.

It’s not quite as scandalous as it sounds, though. British comic Michael McIntyre was also there, running a game he uses in his television variety show where a member of the public is woken up the in the middle of the night as quizzed mercilessly whilst half asleep.

Murray looks a little awkward as he’s drilled on his, surprisingly strong, Spice Girls knowledge, but it’s all in very good spirits.