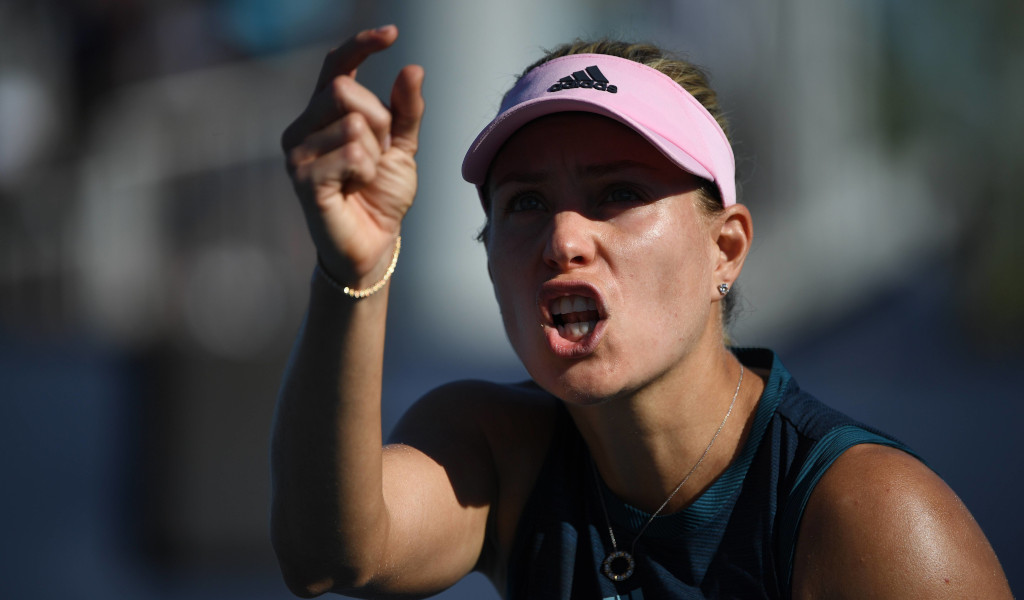 Angelique Kerber couldn’t stop herself from taking a swipe at Bianca Andreescu after their latest clash at the Miami Open clash.

Barely a week after Kerber lost in the Indian Wells Open final against the teenager, the two squared off again, this time in the third round at the Hard Rock Stadium.

Kerber, though, was unimpressed by the 18-year-old and their post-match handshake was a little frosty before the three-time Grand Slam winner told the Canadian “you are the biggest drama queen ever”.

Angelique Kerber had choice words for @TennisCanada's teen phenom after her second defeat at the hands of @Bandreescu_ in six days. 👀#BiancaRising pic.twitter.com/g5Q5ZpuSw7

During the post-match press conference, Kerber was a little more complimentary, saying: “She played good, especially in the third set. When she had the chances, she just goes for it. Yeah, she put the balls in the court. At the end, she deserved to win.

“She played the whole tournament good. I know that I had to play my best tennis. But, yeah, at the end, I was not able to take my chances, but she did it.”