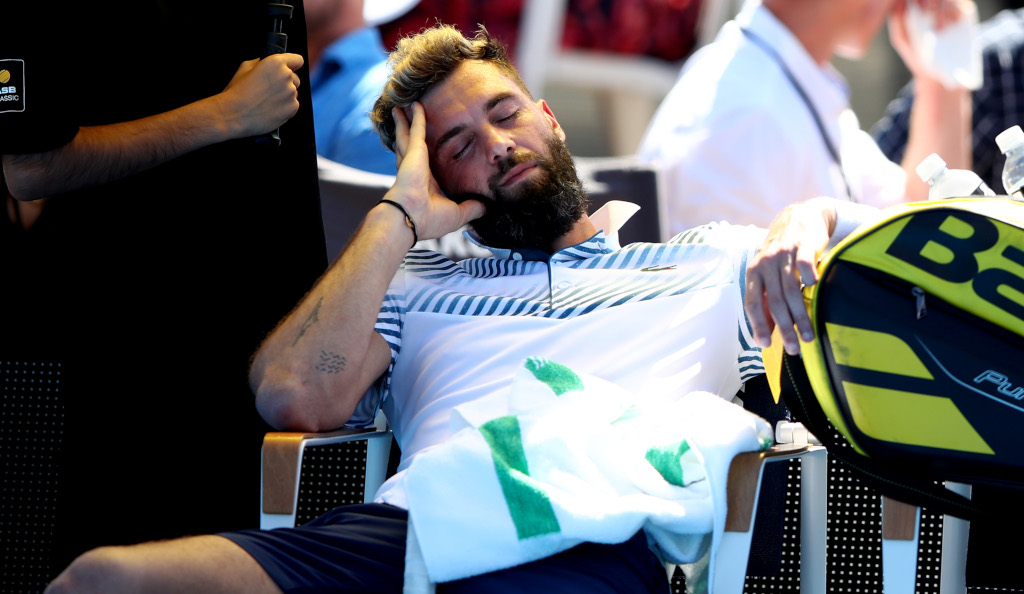 Sometimes you have to catch up on some lost sleep no matter where you are, and that’s exactly what Benoit Paire did during his match at the ASB Classic in Auckland.

The Frenchman took on Brit Cameron Norrie during the second round on Monday, but he didn’t arrive at court, or in New Zealand for that matter, in the best of spirits after a 30-hour trip from Pune, India, following his participation in the Maharashtra Open.

And he took to Twitter to voice his unhappiness after he was asked to play on Monday.

And then this happened during the match.