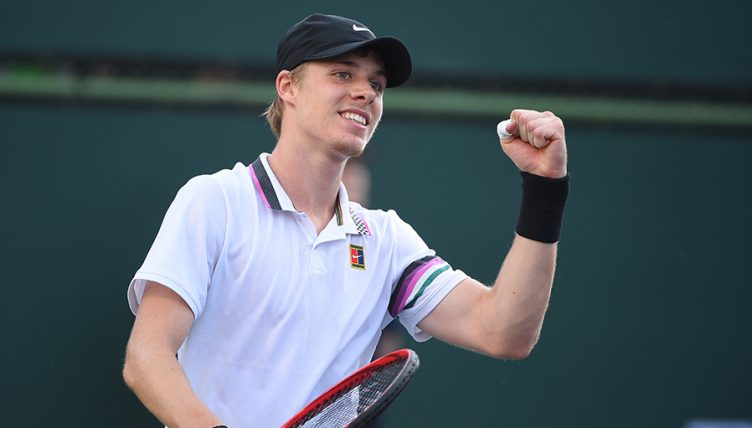 The teenager, bathed in the California sun on-court, had a couple of false starts before eventually delivering his live musical debut.

“Take care and good night, know this the good life, hot tubs and court time, Thursday we back alright!” he rapped at the end of the song, which was certainly well received.

Shapovalov hasn’t been in the greatest of form so far this year, but certainly appeared to shift up a gear against the big-serving Croatian.

“[It’s] a very happy day for me,” Shapovalov said. “I think I came out firing, just went for it with nothing to lose.”

“I told my team after Europe, they told me to take a break, but I told them, ‘I’ll take two days max, but I don’t feel like I need a break right now. I want to keep going, work on my game.

“There were a couple of things missing in my European swing that I focused on to clean up. It’s really showing the past couple of matches here.”