VIDEO: Get into Ryder Cup spirit by watching Rafael Nadal and co on the golf course 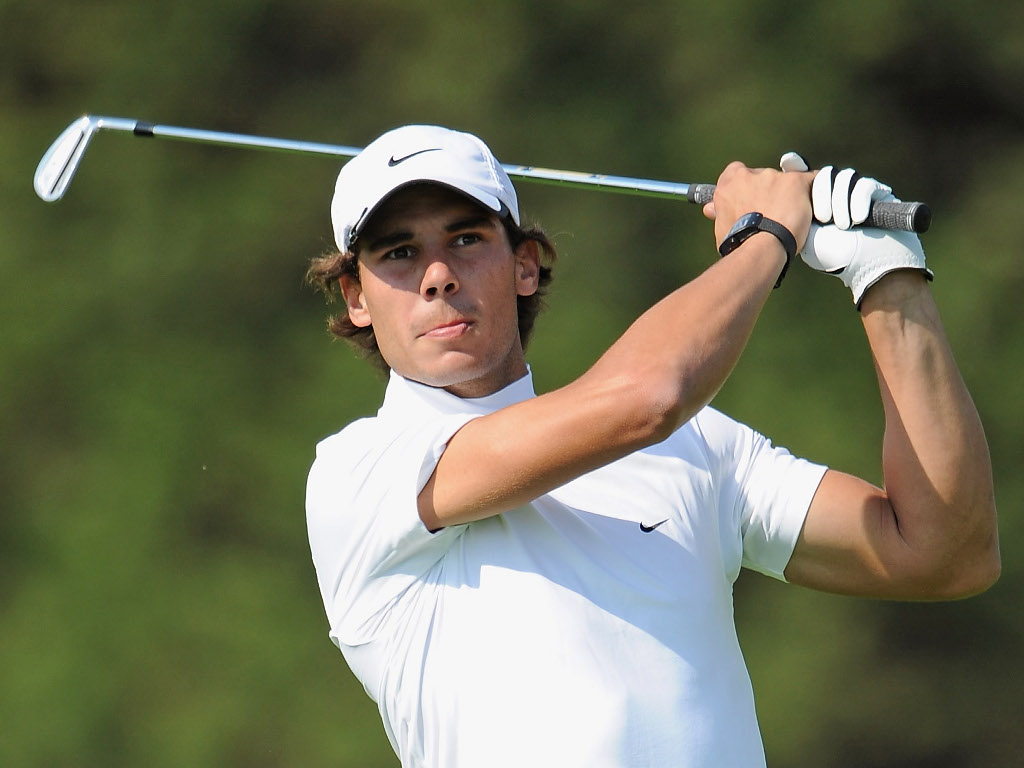 Heck, former players McEnroe and Noah as well as Guy Forget and James Blake even took part in the Ryder Cup Celebrity Match.

We thought we’d warm you up for this weekend’s action with videos of tennis players showing off their golfing skills.

Here is Rafael Nadal at the Pro-am Castello Masters in 2011. The Spaniard is very specific about where he wants his pin and he actually goes through the same rituals as he does on a tennis court. You know, fiddling with his hair and cap.

Here he is again during the 2016 Indian Wells Masters

Here is Novak Djokovic and Boris Becker hitting the fairways.

It’s technically not golf, but here are Djokovic and Maria Sharapova.

How cool, calm and collected does Andy Roddick look at the 2011 Masters Par 3 contest?

The same cannot be said of Roger Federer.

Caroline Wozniacki did once date former world No 1 Rory McIlroy so she must have picked up a thing or two.

Stars from the WTA including, Venus Williams and Johanna Konta.

Here is Pete Sampras teeing off.

Whether he is on the tennis court or the golf course, John McEnroe is never afraid to hide his frustrations.

A compilation so that you can decide who is actually the best.