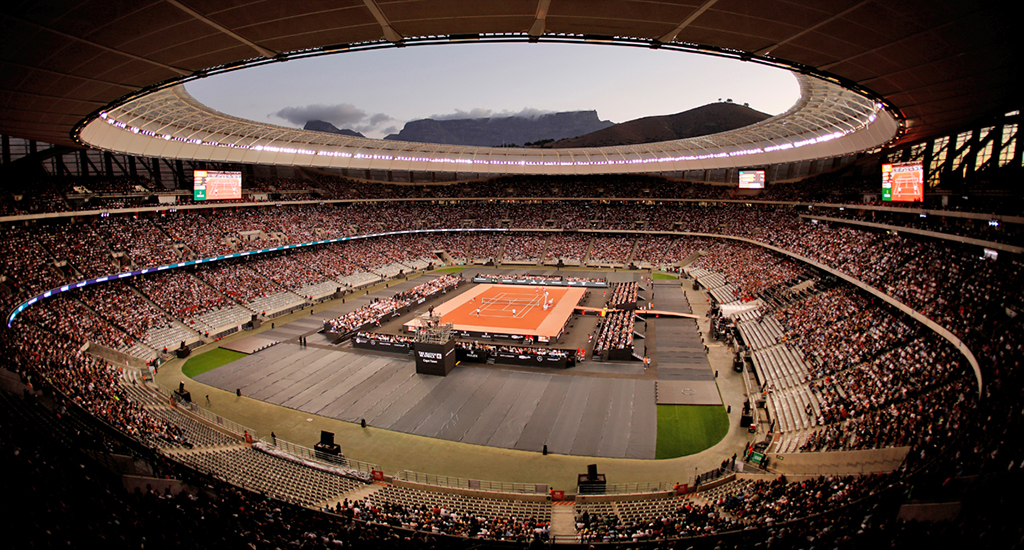 Roger Federer and Rafael Nadal played a historic exhibition in South Africa on Friday, with tennis the real winner on an extraordinary night.

It was Federer’s first match in South Africa despite holding citizenship in the country as his mother hails from there.

There was also a record-breaking crowd in attendance, with other 51,000 people turning out at Cape Town Stadium to break the 42,000 record set by Federer’s recent tour in Mexico.

As you’d expect, the on-court action was sensational too, and you can watch an extensive highlights package below.

“I think the people wanted to see us play proper tennis and not just be clowns,” Federer said after the match.

“It was such a privilege to be here tonight. Of course, we wanted to try and play the best tennis we can, that’s what we are world-famous for.

“It was an absolute pleasure to share the court with Rafa again, but here in beautiful Cape Town, South Africa means so much more.

“It really is very special on so many levels. This is more than just tennis and I really hope we can do it again, that Rafa can do it again one day by coming back to this beautiful country.

“I’m so proud to have roots here.”