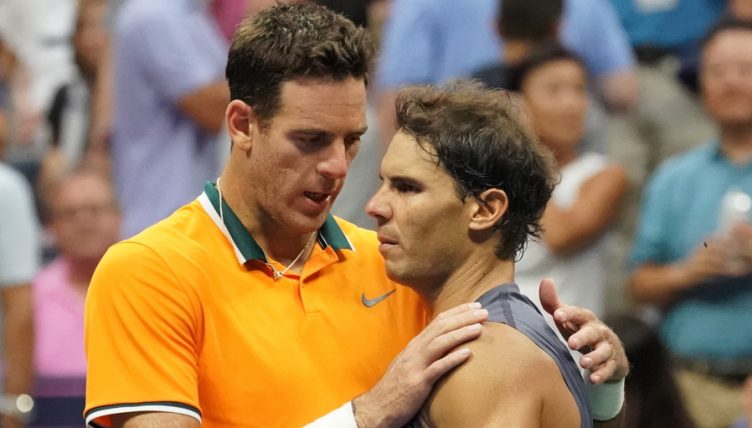 This was the sad moment that Rafael Nadal’s US Open defence came to a limping end.

The world number one, who was hoping to win his second major of the season, was two sets up against Juan Martin del Potro when he decided that a knee injury picked up earlier in the tournament was too restrictive of his ability to compete.

Del Potro is a huge favourite at Flushing Meadows after his underdog win against Roger Federer in 2009, a win that remains his only Grand Slam crown, and he showed his class to the New York crowd once again by applauding Nadal off the court.

Nadal won the US Open title last year and was hoping to launch a successful defence in his efforts to finish the end-of-year number one.