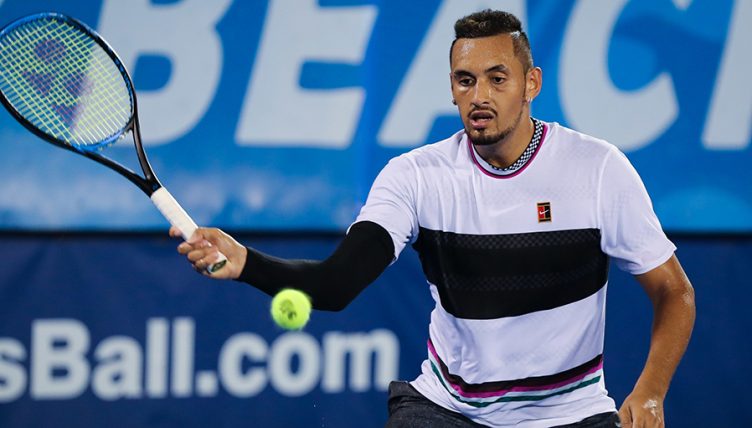 If you follow tennis at all then it’s been rather impossible to avoid the fallout from Nick Kyrgios’ Mexican Open win over Rafael Nadal this week.

The talk has, of course, been dominated by one shot in particular – Kyrgios’ underarm serve which prompted something of an angry response from the Spaniard.

Nadal accused Kyrgios of essentially wasting his talent by failing to show any respect for opponents and fans, while Kyrgios bit back, basically telling Nadal to mind his own business and stop being a sore loser.

Here, though, is the shot that everyone should really be talking about…

Following the match, Kyrgios was understandably thrilled with his performance, saying: “It’s massive.

“I’ve struggled a lot this year, so to be able to put in a performance like that against the number one seed is pretty special.

“The level of tennis I played today is a good test for my body [and] just the way I competed, I left it all out there