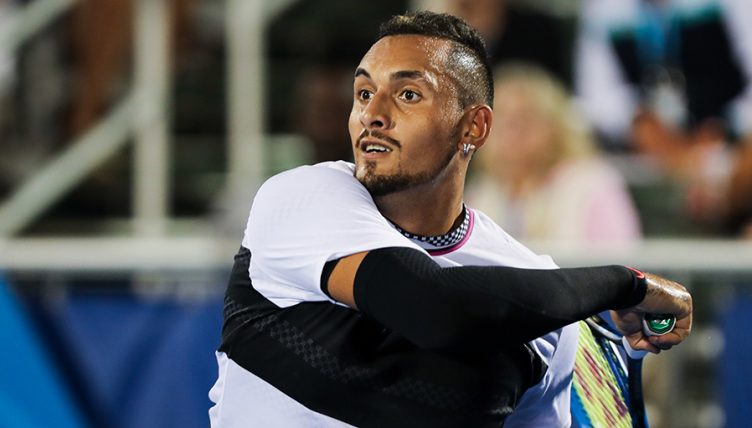 The Australian was caught aiming foul language towards the crowd in his semi-final win over Stan Wawrinka, but he also did this…

“To come out there against Rafa yesterday and pull together that three-hour performance after getting some food poisoning was massive,” Kyrgios told the Tennis Channel.

“And to back it up against Stan — I was cramping like crazy towards the end of the third set [even more so].

“I was just trying to scull any sort of fluids, and just try to hit the ball as had as I can, and it ended up working.

“I feel good. Before this tournament I wasn’t playing very good, I was struggling with injuries.

“To have two big wins – obviously Seppi in the first round is a good win as well – I just feel as if the year is kind of going back on track a little bit. So I’m feeling good.”