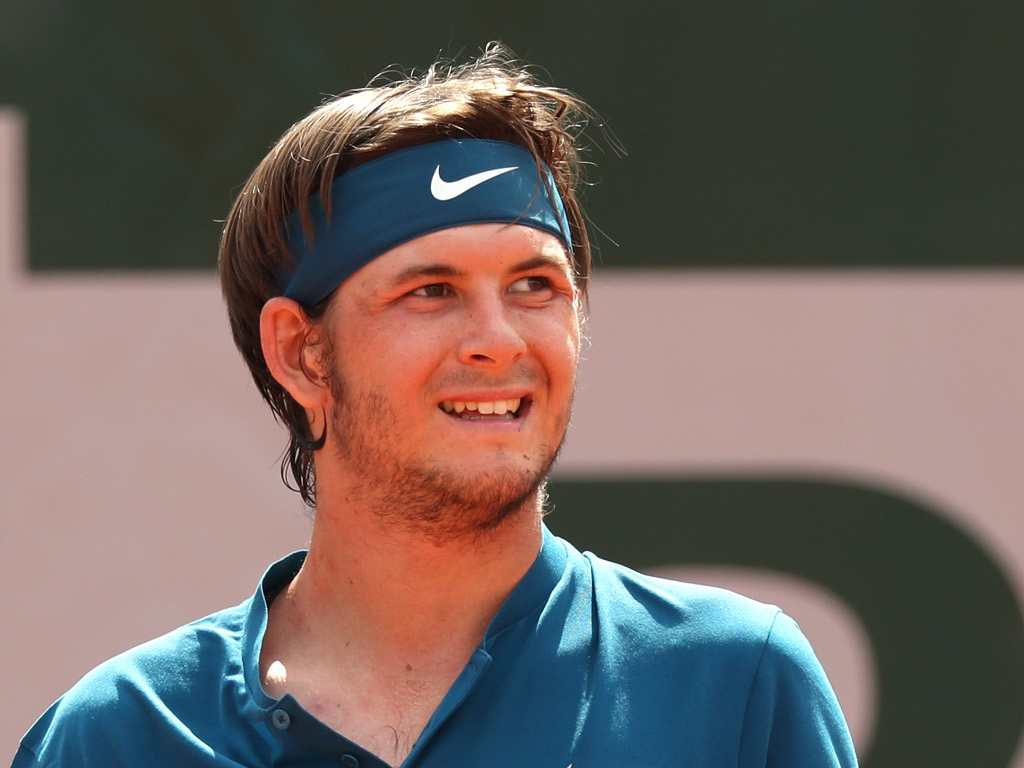 However, he decided to serve underhand in the fifth set and won the point.

Underhanded??@JaredD takes the lead 7-6 in the 5th.

He repeated the trick a few games later, but lost that point and eventually lost the match.

Donaldson, of course, also had a run-in with an umpire earlier in the clay-court season.