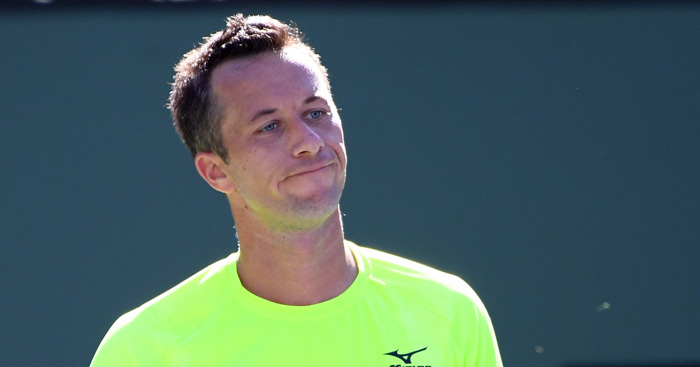 Although he was ultimately unsuccessful in his bid to defeat Juan Martin del Potro at Indian Wells, it’s fair to say that Philipp Kohlschreiber left his mark on the match.

A break down in the second set, the German produced this completely outrageous lob and drop shot combination that had even the giant del Potro absolutely scrambling.

Your eyes will love you forever.