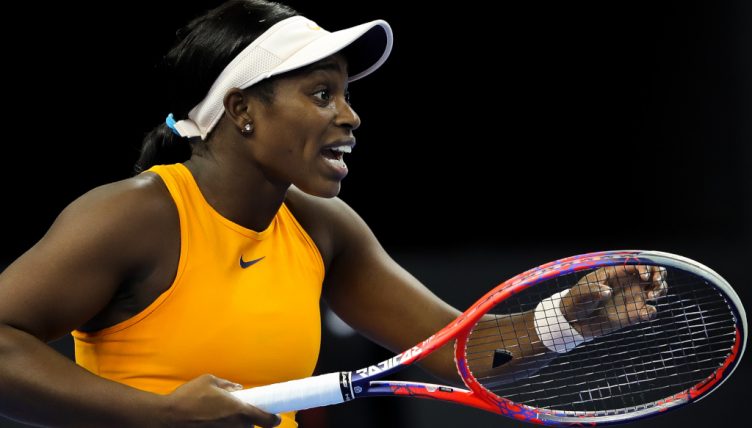 The China Open match between Sloane Stephens and Anastasia Pavlyuchenkova turned into a fiery one.

Stephens won their first-round encounter 6-7 (8-10), 6-4, 6-4 on Sunday with the controversy starting when the American was about to serve for the second set at 5-2.

Pavlyuchenkova called for the trainer and the ninth seed made it clear that she thought her Russian opponent was using questionable tactics.

Stephens lost her serve when play resumed and, after Pavlyuchenkova reduced the deficit to 5-4, the American told umpire Jenny Zhang at the changeover: “That’s the sport we play. Right? Sportsmanship. That’s really important.”

With Zhang standing between the two players after Pavlyuchenkova called her opponent “disrespectful”, but Stephens hit back: “I’m disrespectful? What’s disrespectful? You called the physio at 5-2. You’re not even injured.”

The Russian then asked: “How do you know I’m not injured?”

Here’s what happened so far between Sloane Stephens and Anastasia Pavlyuchenkova in Beijing. Neither normally confrontational players. pic.twitter.com/LCfM1Cr1b7

The match went to a deciding third set and things again flared up in the fourth game when Stephens felt Pavlyuchenkova tried to hit her during a rally.

After the point she was seen mouthing “f*****g bitch tried to hit me”.

The WTA has so far opted not take disciplinary action against Stephens or Pavlyuchenkova.