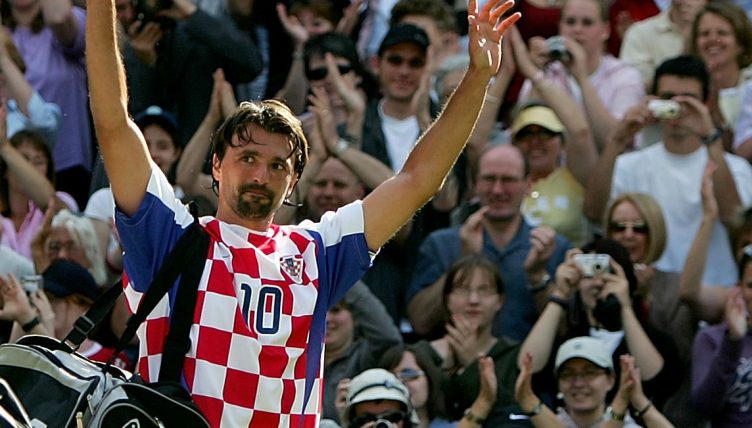 Wimbledon legend Goran Ivanisevic has never made a secret of his love for football, or indeed his passion for Croatia.

Indeed, the 2001 SW19 champion has controversially branded England ‘arrogant’ for being so confident ahead of their World Cup semi-final clash with his homeland on Wednesday night.

In fact, to quote Ivanisevic’s own website, which has an entire section dedicated to his passion for football:

We all know Goran Ivanisevic as one of the best and most charismatic men ever to have played the game of tennis but if things hadn’t worked out for the Croatian on the courts, he may well have been able to forge a respectable career in the world of football.

That’s certainly the opinion of certain observers who feel that Ivanisevic could have turned professional – maybe not with one of the superpowers of the game such as Barcelona or Real Madrid but he could have perhaps made it with a side in his homeland or in another European league.

It could be all talk, but fact is Ivanisevic did have a special moment in international football.

Fresh from his Wimbledon triumph, he donned the red and white squares to play for Croatia in a friendly match against a rest of the world team. It was to mark the end of football legend Zovimir Boban’s career, and not only did Ivanisevic play, but he scored too.

Don’t believe us? Watch below.