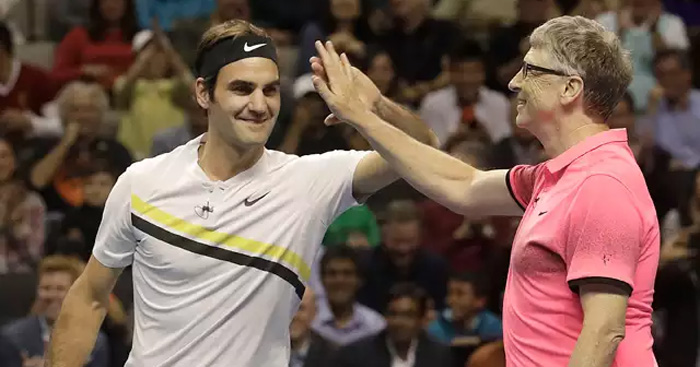 For the second year running, Roger Federer teamed up with Microsoft supremo Bill Gates for the Match for Africa exhibition.

16,000 fans turned up in San Jose to watch, among other games, the one-set doubles exhibition that also featured Jack Sock and NBC Today host Savannah Guthrie.

“He knows numbers very well,” joked Federer about his partner. “He never makes mistakes on the scores.

“I’ll do the running and Bill does the thinking.”

The match, which Federer and Gates won 6-3, was played in aid of African charities and the Roger Federer Foundation, raising $2.5million.

The dream team is out again. Roger: “I am doing the running, Bill is doing the thinking…” #MatchForAfrica5 pic.twitter.com/U07ve0IYrM