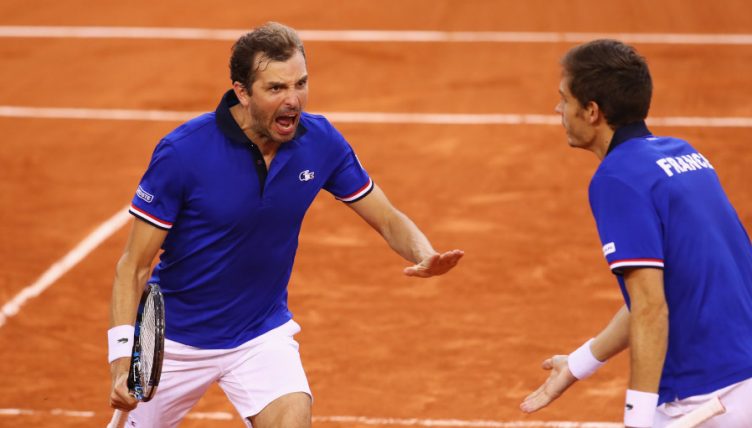 The France-Spain Davis Cup tie had it all, players getting hit in the face, tweeners and wild celebrations.

Defending champions France moved into the final with a 3-0 win, but there were plenty of great moments over the course of the rubber.

Already 2-0 down after Spain lost both singles matches, Feliciano Lopenz also took a ball to the face while he partnered Marcel Granollers in the doubles clash against Julien Benneteau and Nicolas Mahut.

It’s been a tough start for the Spanish pair in Lille, and it doesn’t get any easier as @feliciano_lopez takes a ball to the face!

And then the 36-year-old Benneteau, who retired from professional tennis after the US Open, but returned to represent his country in the Davis Cup semi-final, came up with this.