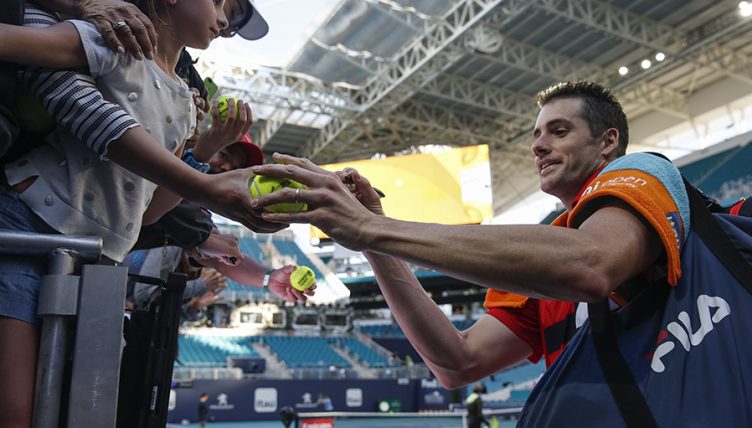 John Isner is known to be something of a gentle giant, but the 6’10” American went above and beyond at the Miami Open on Wednesday.

However, the real talking point was Isner’s sportsmanship, which showed itself after an umpiring mistake.

After thundering a trademark ace down the court, the umpire called a fault, even though the line-judges were unmoved.

Isner challenged, and it was revealed it was an atrocious call by the umpire, which prompted the partisan American crowd to boo.

We all make mistakes!

The Miami Open is Isner’s only career Master-level title, but he isn’t backing his chances of defending it.

“I did say prior to this tournament that chances are I’m not going to defend this title, and I’ll still keep saying that because I’ve only won one in my career,” Isner said.