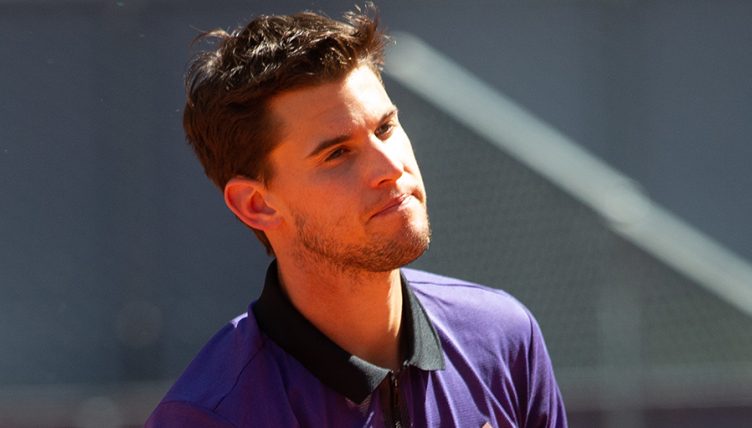 Chelsea fan Dominic Thiem showed off his silky football skills at the Rogers Cup, perhaps signalling his excitement at the start of the new Premier League season.

The Austrian lost to Daniil Medvedev in the semi-finals in Montreal, but showed impressive footwork to immaculately control a returned faulted first serve.

“I watch as many matches as possible in the European top leagues, I hardly miss a Chelsea match.”

And, in Montreal, he certainly seemed happy for the chance to show off what he could do with almost effortless aplomb.

Chelsea get their Premier League season underway on Sunday against Manchester United, and are trying out a brand new formula with club legend Frank Lampard in charge.

Lampard will also be forced to rely on some of the impressive youngsters at Stamford Bridge due to a transfer ban, but that is only feeding Thiem’s excitement.

“I am really looking forward to the new season since a long time because Lampard is the coach now.

“He was one of the big reasons why I became a Chelsea fan, so I am very happy about it and they have a transfer ban this year, so they have to play with the young players.

“I think there are some really exciting younger players on the team. So I am happy when the season starts and I am looking forward to watch matches.”