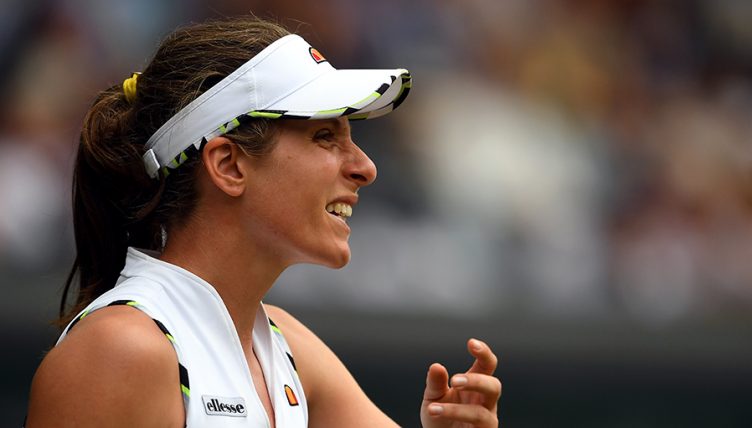 Johanna Konta was left absolutely raging by a journalist as she spoke to the press following her Wimbledon exit, accusing him of ‘patronising and disrespecting’ her.

The British number one’s quarter-final defeat to Barbora Strycova came hot on the heels of her defeat in the semi-finals of the French Open, raising questions in some quarters about whether or not she is cut out for the big occasions.

That question was put to her directly by one journalist, who asked if she had to ‘look at herself’ when assessing the defeats.

And, it’s fair to say, it didn’t go down all that well with Konta.

“I think I’m very open with you guys. I say how I feel out there. If you don’t want to accept that answer or you don’t agree with it, that’s fine.

The journalist then pushed her, adding: “I’m just asking you as somebody who presumably wants to go on from here, learn from this, win a Grand Slam one day. Is it not something…”

He never got the chance to finish that question, with Konta replying: “Please don’t patronise me.

“In the way you’re asking your question, you’re being quite disrespectful and you’re patronising me.

“I’m a professional competitor who did her best today, and that’s all there is to that.”