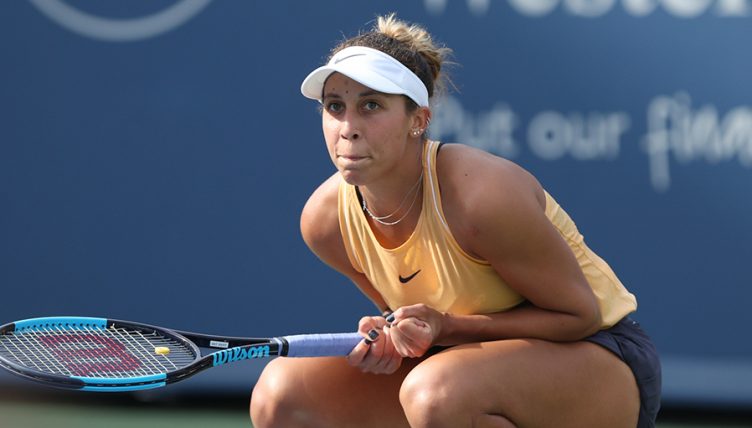 Madison Keys produced what was probably the shot of the tournament as she powered past Sofia Kenin in the semi-finals of the Cincinnati Masters.

The American came into the tournament in poor form after first-round exits at the Citi Open and the Rogers Cup, but she has responded by showing her class and putting a run together in Cincinnati.

The latest of that run saw her defeat compatriot Kenin on Saturday 7-5, 6-4 – which included a shot of simply outrageous quality.

“I have no idea how I made that ball,” Keys admitted. “I was more looking over at [my box] in shock that it actually went over the net and into the court.

“I thought she was returning really well today and putting a lot of pressure on me.

“But I knew I could put myself in the position to break back. That was my biggest thought every time I was down a break point.

Keys will face Svetlana Kuznetsova, who upset Ashleigh Barty in the other semi, in Sunday’s final.

“Madison is extremely tough,” admitted the Russian. “When she is on fire, it is really hard to play against her. It’s going to be a difficult match-up.”