WATCH: Nick Kyrgios asks fan to decide where he serves match point – and it works again 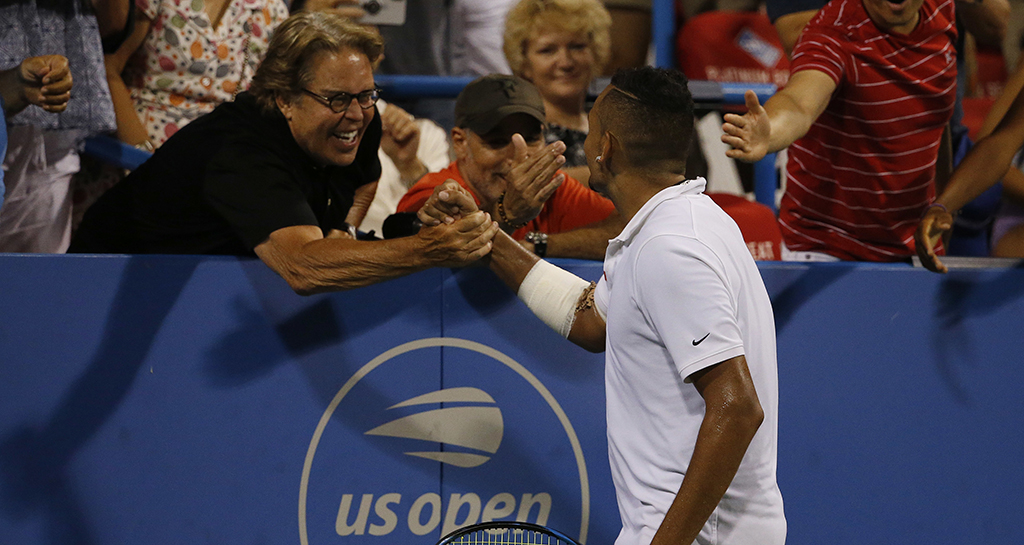 Nick Kyrgios has continued his recent trend of positive fan interaction as he once again allowed a fan to decide where he served for match point.

After three sets of intensely brilliant competition against top-seed Stefanos Tsitsipas at the Citi Open in Washington, Kyrgios found himself one point away from a win in the semi-final.

Despite often finding infamy for angry exchanges with crowds, though, Kyrgios showed his true showman style by consulting with a spectator before serving the point that put him into the final.

Its the second match in a row in which Kyrgios has asked fans to decide where he serves for match point.

He first did it in the quarter-final against Norbert Gombos, and he’s clearly in a pretty decent place, mentally, right now. Well, compared to his usual standards, anyway!

“I’m just super happy that all the work I’m doing off the court is translating onto the court,” he said after the quarter-final.

“This week has been awesome. It’s probably one of the best tournament weeks of my life.

“I’ve really enjoyed myself. D.C. has been a lot of fun. Crowds have been awesome.

“But I’m just doing the right things. I’m having the same routine every day.

“I’m trying to improve on a lot of little habits, and it’s paying off. Five days in a row competing, I’m pretty happy with myself.”