WATCH: Nick Kyrgios at it again as he calls chair umpire a ‘f*****g disgrace’ 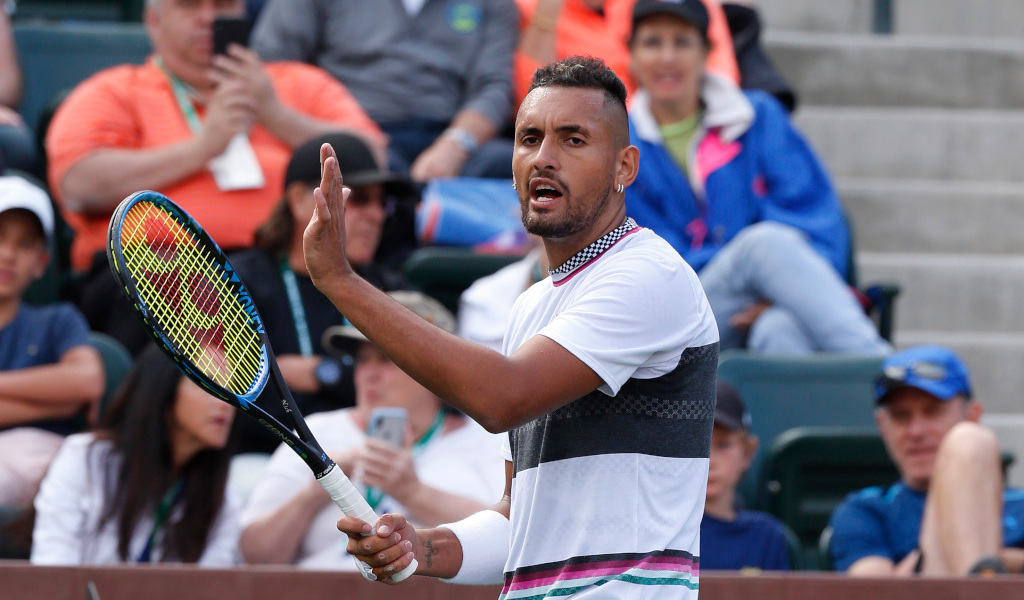 Another tournament, another Nick Kyrgios outburst as the Australian went off at the chair umpire after his doubles match at the Miami Open.

After the traditional net handshakes between the two pairings, Kyrgios had a go at the chair umpire and also smashed his racket as he vented his frustrations following some contentious calls during the match.

“What the f*** is wrong with you? You’re a disgrace. You’re a f*****g disgrace,” were some of the things the Australian uttered.