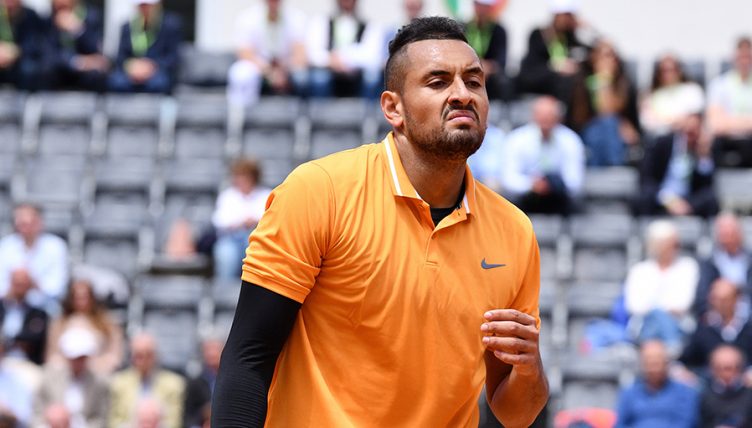 Controversial Australian Nick Kyrgios has once again created damaging headlines by angrily quitting the Italian Open mid-match in fury at alleged distracting behaviour by a fan.

Kyrgios was level with Casper Ruud early in the third set when he aimed an outburst at the fan, whom he accused of walking across his eye-line while he was serving, and received a game penalty for it.

“F***ing three times bro,” he said to the spectator. “You are walking across the court as I’m serving, do you understand that? It’s bulls***!’

He was penalised for unsportsmanlike conduct and, in all-too typical Kyrgios fashion, drama followed.

Kyrgios later took to his Instagram account to apologise, saying: “Very eventful day to say to the least.

“Emotions got the better of me and I just wanted to say that the atmosphere was crazy out there today, just super unfortunate that it had to end in a default.