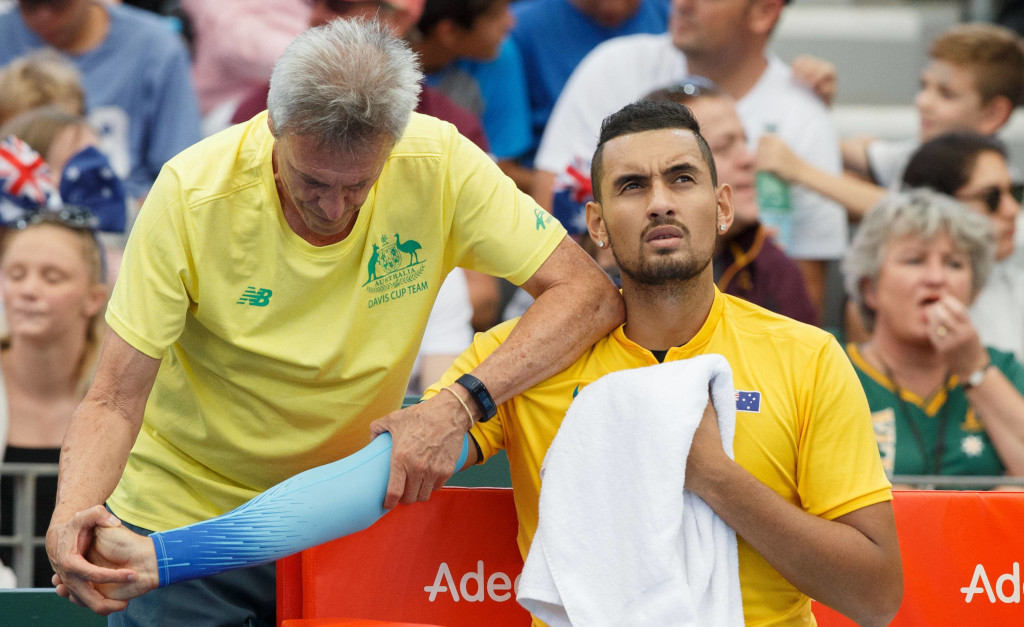 If anyone was thinking that his Citi Open win last week was going to usher in a new ear of a quieter, less ranty Nick Kyrgios, it may be time to think again.

The Australian lost in his opening match at the Rogers Cup on Tuesday to British number one Kyle Edmund, but it was the astonishing tantrum he threw over a towel that grabbed the headlines.

5-2 down in the first set (of a match he went on to lose 6-3, 6-4), Kyrgios was angered by the realisation he still had not received the white towel that he requested from chair umpire Adel Nour at the start of the match.

It ended up, predictably, in a code violation for Kyrgios, and you can see the video and read the full transcript below.

Kyrgios: “I just want to know why it took you so long to get a white towel.”

Nour: “You’re genuinely telling me you couldn’t radio, ‘Hey physio room, can I get one white towel?’

Kyrgios: “You didn’t think that, or?”

Nour: “Honestly, I didn’t know that we have a white towel.”

Kyrgios: “I told you there was some in the physio when we started the match.”

Nour: “Hold on. Can you hold on now so I can explain to you, please.”

Nour: “You asked me for the white towel. I said I’m not sure if we have.”

Kyrgios: “I told you they had some.”

Nour: “When you told me, I called and said Nick is saying it’s already in the physio … but at the beginning I had to go through the lady here.”

Kyrgios: “It took you 20 minutes for a white towel.”

Nour: “If I can do it myself, I would go and do it, Nick. Okay? But honestly, I will not accept this kind of conversation and that is why you will get a code violation for this now.”