WATCH: Novak Djokovic in a giving mood as he hands racket, shoes, jacket to lucky fans 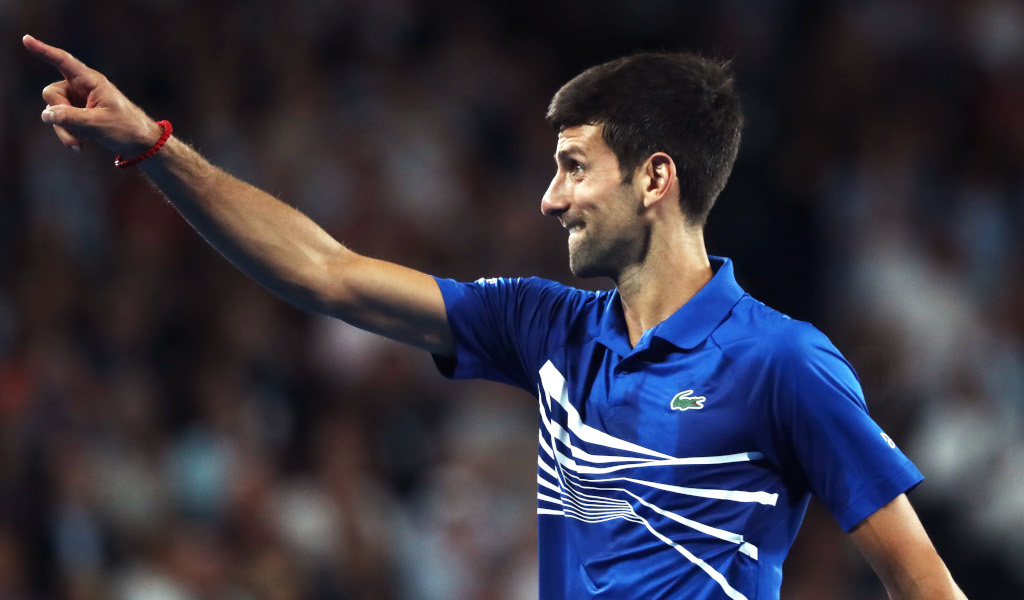 Novak Djokovic certainly made a few fans happy after the Australian Open final win over Rafael Nadal as he gave them souvenirs.

The world No 1 beat his great rival Nadal in three set on Rod Laver Arena on Sunday evening to win a record-seventh Australian Open title while he also took his Grand Slam tally to 15.

Just moments after his victory he gave his racket to a Serbian fan in the crowd.

Then the shoes came off, but we have to say it took an age for him to untie the laces.

These boots were made for… winning #AusOpen titles 👟@DjokerNole gives away his history-making shoes to some lucky fans.#AusOpenFinal pic.twitter.com/Ggsa4bi27U

And he wasn’t done as one lucky guy got his jacket.

A fan didn’t have anything for him to sign, so @DjokerNole took off his jacket, signed it and gave it away 🙏#AusOpen pic.twitter.com/DjbaJAHsUr