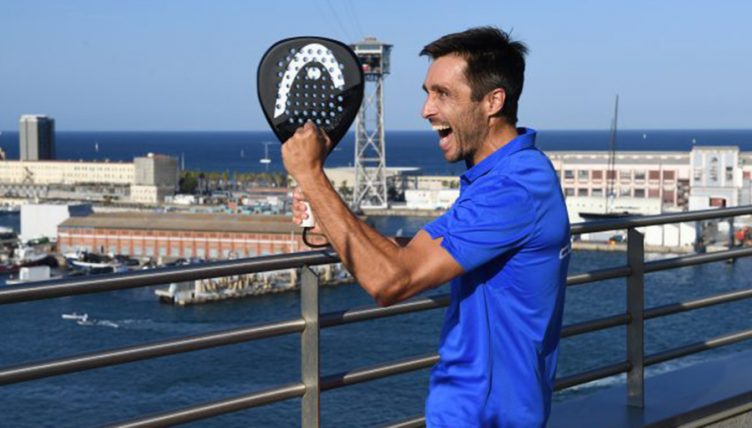 Would you back yourself to hit a tennis ball through a car’s sun roof from a rooftop 120 feet above it? No, me neither, but it didn’t daunt one padel star.

Fernando Belasteguín topped the world rankings in padel, Europe’s fastest growing sport, for 16 years, and he showed exactly why he was able to achieve that by pulling off a ‘practically impossible’ trick shot.

With just a 70x50cm open sunroof of a Cupra Ateca SUV to aim at, Belasteguin was able to hit the target with apparent ease on the very first attempt.

“When Cupra (the official international sponsor of the World Padel Tour) approached me with the challenge I thought I wasn’t going to leave here until I made it,” Belasteguín  said.

“I had to hit the ball in a way I’ve never done before. I took the wind into consideration when calculating the trajectory of the ball and I got it right on the first try.

“Who would have said that after 30 years of playing padel I’d have to try a new swing to rise to the challenge put before me by Cupra?”

Enric Álvarez, a biophysics professor from the Polytechnic University of Catalonia, described his shot as “practically impossible”.

He said: “The stroke has to be delivered with great accuracy, as from this height there is little room for error, so he must aim for the correct angle and speed with which he hits the ball.

“What he has achieved was truly amazing for all the difficulties it entails. It involves outstanding biomechanical control.”

Padel is a sport that combines tennis and squash, and it has grown to become the second biggest sport in Spain behind football.