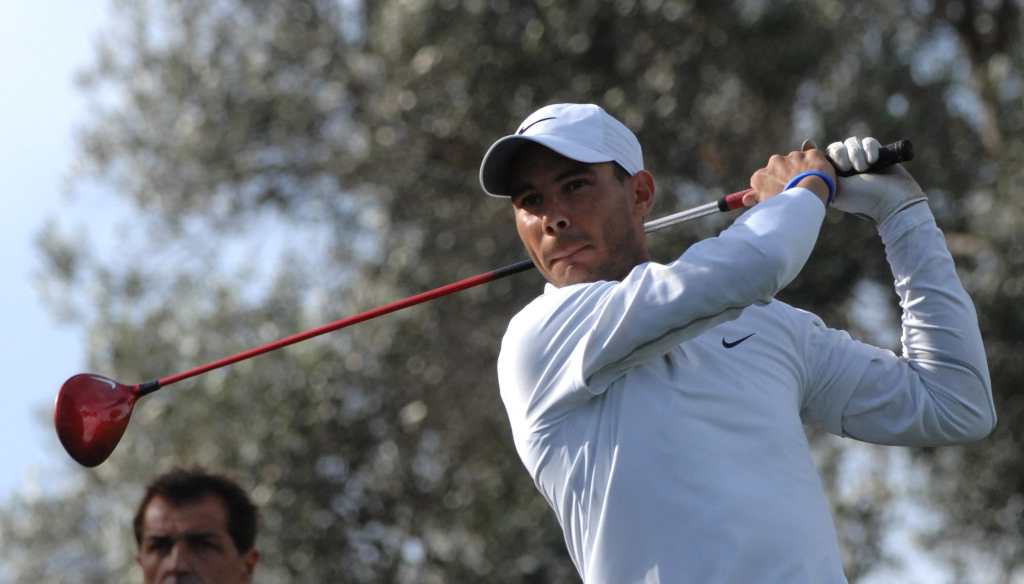 Fresh from winning a 20th Grand Slam title, Rafael Nadal showed that he is a man of many talents as he finished tied sixth at the Balearic Golf Pro-Am Championships in Mallorca.

The Spaniard won a 13th French Open title at Roland Garros just a fortnight ago, but he swapped his racket for golf clubs to compete in a 60-player event that featured professionals and amateurs.

The world No 3 is not too shabby when it comes to golf as he plays off a 0.3 handicap and he often spends time on the golf course when his busy tennis schedule allows it.

Unsurprisingly the 34-year-old finished an impressive joint-sixth after carding rounds of 74, 74 and 77 for a nine-over-par for the tournament. He was 10 strokes behind winner Sebastian Garcia Grout.

Of course besides being a brilliant tennis player and a decent golfer, Nadal is also a very good footballer and many believe he would have become a professional if he chose football instead of tennis.

But back to his actual profession, which is tennis in case you had forgotten, the Spaniard will return to action at next week’s ATP Masters 1000 event, the Paris Masters.