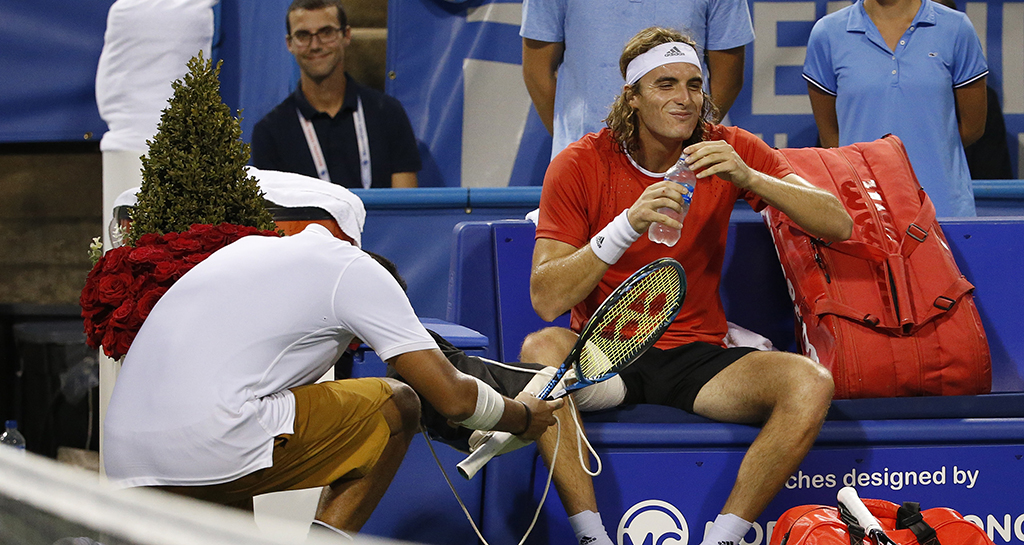 Nick Kyrgios won a brilliant semi-final against Stefanos Tsitsipas at the Citi Open, in a match that predictably wasn’t short on drama.

The Australian looked to be in complete control early on, winning the first set and going a break up in the second, before he lost his composure and nearly self-imploded.

Apparently irked by some distracting noise in the crowd, Kyrgios started throwing points away, allowing Tsitsipas to level things up at one set apiece.

“I obviously went a bit nuts (in the second) and somehow was able to pull in back in the third set.”

One notable moment in the match came when Tsitsipas’ laces broke on his shoes, causing a lengthy delay while his entourage re-laced another pair in the stands.

Ever the showman, it was a surprisingly patient Kyrgios who delivered the new shoes to Tsitsipas who couldn’t contain his laughter at the manner in which it was done.

Will you come to the ball, Cinderella?

“I just wanted to speed the process up,” Kyrgios said in his post-match press conference.