WATCH: Stefanos Tsitsipas gives a masterclass on how to hit a one-handed backhand 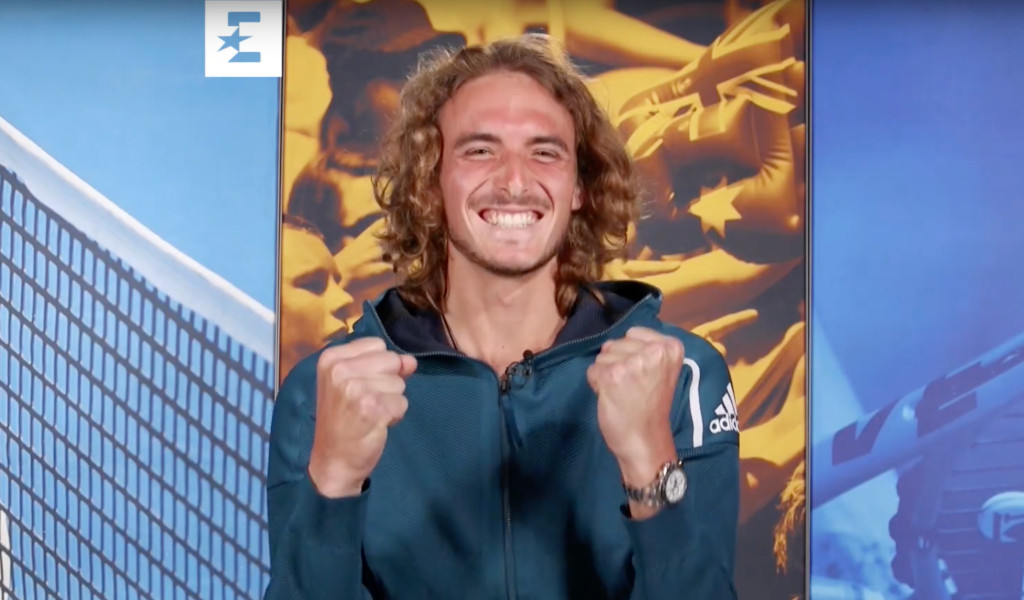 Australian Open semi-finalist Stefanos Tsitsipas has given an insight into how he hits his one-handed backhand, in a video masterclass with Eurosport.

Greek sensation Tsitsipas has captured the imagination of the tennis world with his wonderful run to the last four in Melbourne that included a famous win against 20-time Grand Slam winner Roger Federer in the fourth round at Melbourne Park on Sunday.

Now the 20-year-old, who won his maiden ATP Tour title at the Stockholm Open last year, has given fans an insight into one of his best shots, with his enthusiasm burning through in this YouTube video:

Tsitsipas will take on world No 2 Rafael Nadal for a place in the Australian Open final.