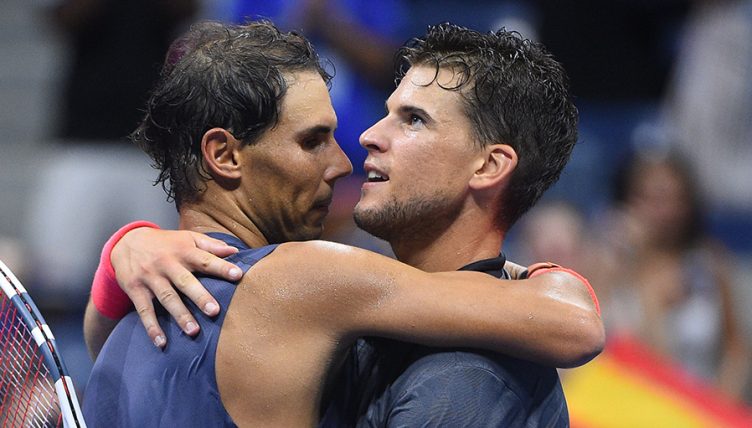 Dominic Thiem has the unenviable task of trying to beat Rafael Nadal in Barcelona, but he certainly appears to be finding form at the right time.

Thiem is widely regarded as being the second best player on clay in the world after Nadal, and he certainly showed why he is thought of so highly with a breathtaking point against Guido Pella on Friday.

On facing Nadal in the semi-finals, Thiem said: “I will try to follow the same tactic or that of two years ago in Rome.

“I’ll have to be aggressive because this is the only way to beat Rafa, get many winning shots.

“Here it is more difficult than in Madrid, where the conditions are fantastic for me because of the altitude.”

Both men had poor tournaments in Monte-Carlo last week, but Thiem does not read too much into that.

“I would say that Monte Carlo was a bit strange for both of us, we both lost with the two finalists, but they are things that can happen,” he added.

“In my opinion, it does not matter in what form I really am because Rafa on clay always represents the biggest challenge in tennis.

“I expect the best Rafa possible because anything else would not work well.

“He has won here 11 times in front of his audience, so it will be incredibly difficult, but we have played great games in the past, playing very well and we can expect another good game.”