WATCH: Turning his back on play, brilliant winners, racket smashing from Daniil Medvedev as he loses 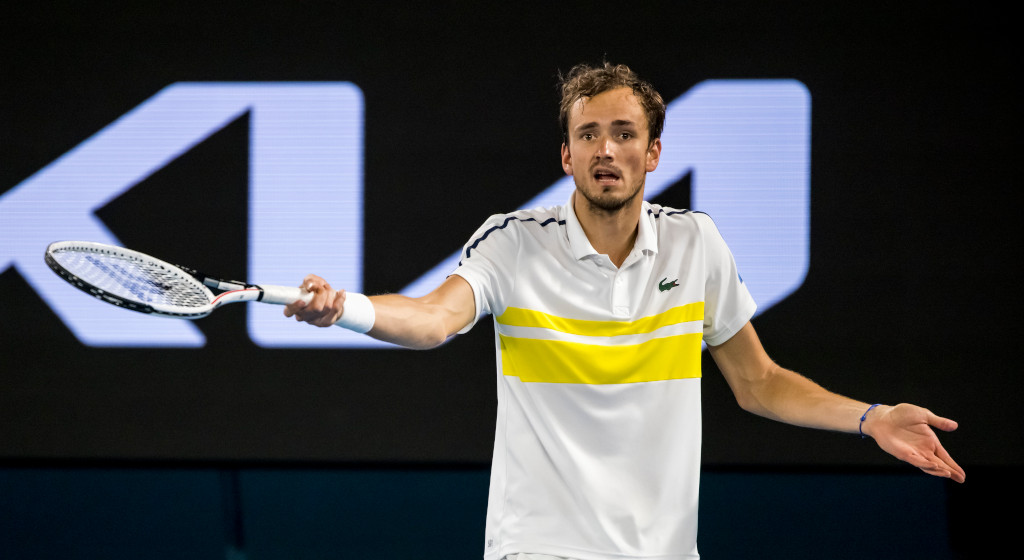 Daniil Medvedev produced a peculiar performance during his opening-round defeat at the hands of Dusan Lajovic at the ABN AMRO World Tennis Tournament.

Fresh from finishing runner-up to Novak Djokovic at the Australian Open, Medvedev had a chance of climbing to No 2 in the ATP Rankings with a run to the final in Rotterdam.

It was a curious display from the world No 3 as if you watch the highlights he produced several brilliant winners – one of those an extraordinary play where he turned his back on the action and still ended up winning the point.

But there were also eight double faults, plenty of talking to himself and a good bit of racket bashing from the Russian.

Lajovic will next face Borna Coric, but he was not distracted by Medvedev’s antics.

“I think I was very focused the whole match and not influenced by his good serves and shots,” the Serbian said. “I knew if I stayed in the match, I’d get my opportunities and change the rhythm.”