WATCH: WTA stars say ‘hold my beer’ after being told not to hand souvenirs to fans under Covid-19 rules 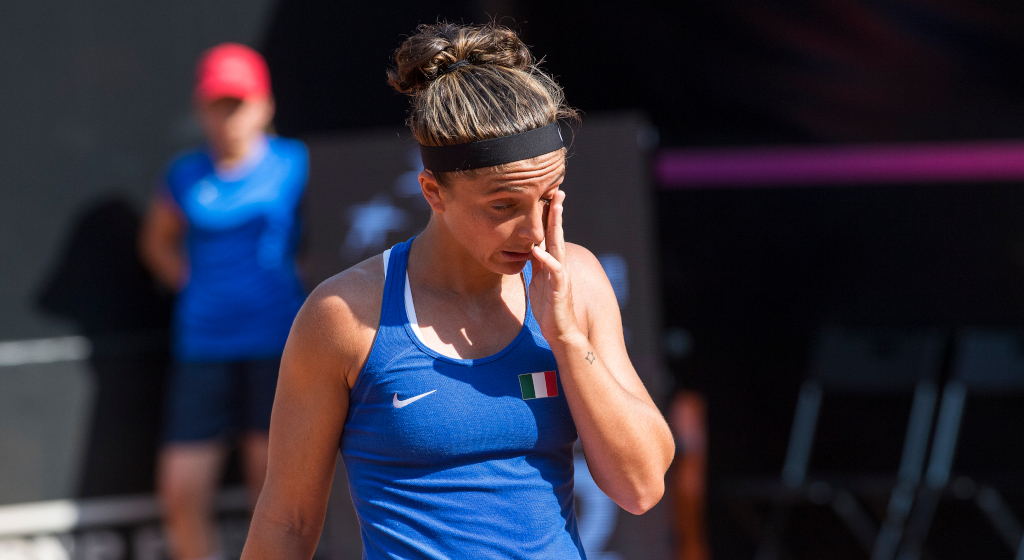 The WTA Tour resumed with the Palermo Ladies Open this week under the new normal with several regulations in place to minimise the spread of the coronavirus.

Under the strict new Covid-19 protocols, players are not allowed to shake hands with each other or umpires, there will be no post-match showers and no interaction with the spectators, whether that is taking photographs with fans or giving them mementos after matches.

However, old habits were always going to die hard as there were some lapses of concentration from a few of the WTA players in Sicily.

First there was Sara Errani after her opening-round match against Sorana Cirstea on Monday as she tossed her sweatband into the crowd.

The Italian veteran took nearly three hours to see off Cirstea and one could understand she was probably not thinking too clearly after a marathon effort.

She realised her mistake quickly, but do watch the chair umpire’s reaction.

A day later and it was the turn of teenager Kaja Juvan who was celebrating a brilliant win over 2019 French Open finalist Marketa Vondrousova.

The Slovenian qualifier defeated Vondrousova 1-6, 7-5, 6-4 and she not only threw her visor into stands, but followed it up by throwing a sweatband too. Oh for good measure she tried to retrieve it.

As for her win, Juvan was obviously delighted.

“It was pretty windy, so we were both playing pretty safe,” she said. “I think she took more chances in the first set, and then in the second and third set I just told myself, go for the ball, play more aggressive, take the ball when it’s going up instead of down.

“So then I started playing much better, because that’s my game. I think I did that better in the second and third set, but I’m still human so there were still some nerves.”