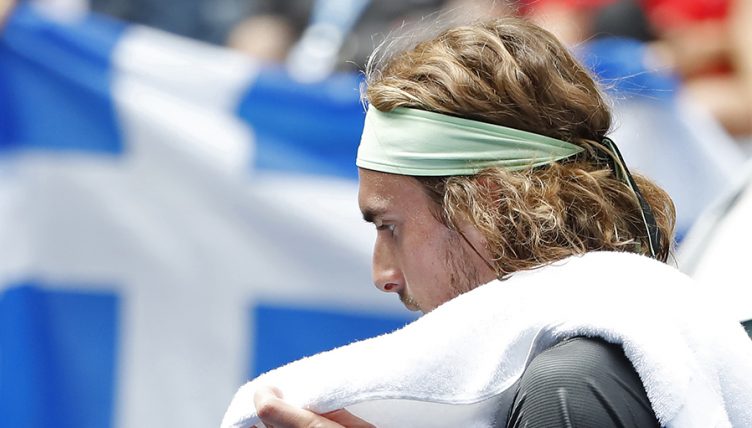 Stefanos Tsitsipas crashed out of the US Open as he failed in the first round of a Grand Slam for the second successive tournament, and he also seriously lost his cool too.

However, it was a Nick Kyrgios style rant at umpire Damien Dumusois that was the true talking point of the match.

Adjudged to be taking too long to return to the court after being broken in the fourth set, Tsitsipas did not take well to being told he risked being penalised.

“I don’t care. Do whatever you want, because you’re the worst.”

Tsitsipas was unwilling to back down after the match, where he continued his criticisms of the umpire after the match, reiterating Kyrgios’ long-standing beliefs that officials favour the bigger names in tennis.

“You have something against me. You’re French, probably. … You’re all weirdos.”

Things didn’t go to plan for No. 8 seed Stefanos Tsitsipas in the first round of the #USOpen

“The chair umpire was very incorrect in what he was telling me during the match,” Tsitsipas said.

“I don’t know what this chair umpire has in specific against my team, but he’s been complaining and telling me that my team talks all of the time when I’m out on the court playing.

“I believe he’s not right, because I never hear anything of what my team says from the outside.”

“I feel like some of them have preferences when they are on the court.”